PUT AWAY THE FLAGS / THERE IS NOTHING NATURAL ABOUT WAR 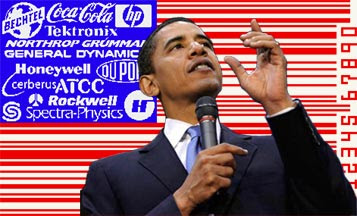 This 4th of July, 2011, put away the flags and reflect on the billions of dollars we are spending and wasting in Afghanistan in order to sustain a military-industrial complex that is running on lies, empty promises, arrogance and relentless greed: Allen L Roland

President Obama cited the $1 trillion cost of the war in Afghanistan as a reason to bring some of the Afghanistan troop’s home, but that figure grossly underestimates the actual costs of this ongoing occupation masquerading as a war ~ which eventually will be as high as 4 trillion dollars. http://news.yahoo.com/blogs/lookout/much-wars-cost-report-says-4-trillion-130934180.html

The continuing unanswered question in Afghanistan is, Why?
Jim Hightower, Truthout writes "So why have two presidents and a decade of Congress dumped so many lives and so much money into a country that poses no threat to us? Afghanistan is an impoverished, anarchic, largely illiterate land that's split into ancient tribal factions and innumerable fiefdoms controlled by rival warlords. They have no desire or ability to attack us, some 8,000 miles away. The only reason we're given for being in Afghanistan is that we must keep the al-Qaeda terrorists network from establishing bases there" ~ but the obvious answer is that we are the terrorists and that our national leaders and the military-industrial complex want war because it’s profitable to them regardless of the financial, moral or human cost to others as well as our Republic.

As such, the so called “War on Terror” is rationalized economic rape with Iraq and Afghanistan as the prime examples.

There’s nothing natural about war and the late Howard Zinn clearly knew that ~ “We need to refute the idea that our nation is different from, morally superior to, the other imperial powers of world history.
We need to assert our allegiance to the human race and not to any one nation”.

This 4th of July take the time to listen to Howard Zinn explain how there is nothing natural about war. Zinn’s words are profound and worth a listen and sharing before you sit back and watch the fireworks.

"No power but Congress can declare war, but what is the value of this constitutional provision, if the President of his own authority may make such military movements as must bring on war?" ~ Daniel Webster (1782-1852), US Senator 1846