OBAMA PULLS A NIXON IN AFGHANISTAN 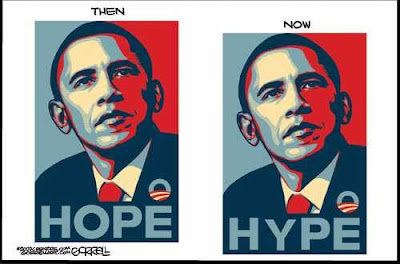 As I watched President Obama’s recent draw down speech regarding Afghanistan ~ I saw the ghost of Richard Nixon saying exactly the same thing about Vietnam along with the same hype and lies: Allen L Roland

It was hype and lies that sold Obama’s 2009 military escalation in Afghanistan and it is the same Nixonian hype and lies that are being told to Americans regarding his supposed draw down of troops in Afghanistan. As Gareth Porter writes in Truthout ~ “ Thepolitical dynamics surrounding the making of war policies are so completely dominated by the vested interests of the heads of the Pentagon, the military, and other national security bureaucracies that the outcome of the process must be based on a systematic body of lies.”

For example, President Obama began his speech with such a lie by claiming Osama bin Laden and al-Qaeda attacked the United States on September 11, 2001. Like his predecessor George W Bush, the government, and the corporate media, he does not offer any evidence but simply states it as fact.

Rex Tomb, Chief of Investigative Publicity for the FBI, admitted years ago that there is no evidence connecting the Saudi to September 11. “The reason why 9/11 is not mentioned on Osama bin Laden’s Most Wanted page is because the FBI has no hard evidence connecting bin Laden to 9/11.” Tomb said in 2006. “Bin Laden has not been formally charged in connection to 9/11.”

According to James Petras, professor of sociology at Binghamton University, New York, there is a consensus among U.S. congressional investigators and international banking experts that U.S. and European banks laundered $4 to $6 trillion dollars of dirty money during the George W Bush and Dick Cheney crime era. Half of the money was laundered by U.S. banks alone. Thus, the wars in Iraq and Afghanistan, and the new war in Libya, are obviously world stakes business ventures ~ meant to capture oil and gas resources as well as secure new military bases.

As such, Obama’s so called Afghanistan draw down, which is being applauded by the complaint corporate media as the beginning of the end of the war in Afghanistan, is strictly a political move and represents barely a third of all service members currently occupying the country ~ not including military contractors.

As CBS News reported: “President Obama’s ‘surge’ of 30,000 troops to Afghanistan announced in late 2009 was meant to be temporary, and Wednesday night the president is expected to announce that they will return home by around the time voters head to the polls to determine whether he gets another term.”

This is just one more glaring example of how the messenger of hope in 2008 has transformed himself into the master of political hype and lies ~ thus insuring his place in history with the infamous Richard M Nixon.

Here’s a two minute video of both of those speeches from Uncle Jay ~ it’s the same set, the same script and the same hype and lies.