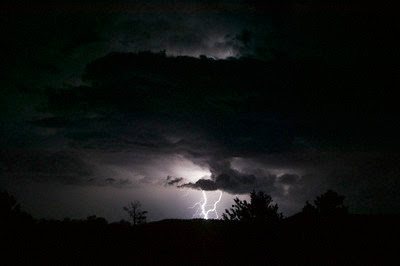 A toxic black rain is now falling in the Gulf and the EPA and BP are doing everything to deny its existence but the truth is slowly emerging as millions of Gulf Coast residents are now becoming sick because of the lethal effects of oil and dispersants: Allen L Roland

It's day 96 of the toxic Gulf deep water oil gusher ( not spill ). The huge toxic slow-moving plumes beneath the surface have finally been confirmed but the toxic air plumes are still being denied by the Government and BP ~ but there is plenty of evidence that they are not only there but causing significant health and environmental damage.

On day 49 ~ the Gates of Hell in the Gulf were obviously opening for this disaster had the potential of effecting the entire planet and here was the latest update, at that time, confirmed by Matt Simmons on MSNBC ~ but note the mention of the gaping hole on the ocean floor several miles away from the televised leak that was never mentioned by BP. (Six minutes / Video) http://www.msnbc.msn.com/id/21134540/vp/37560013#37560013

As to the likelihood of a toxic air plume of Gulf oil and dispersants being breathed by human beings ~ Scientific American explained on July 15, 2010: "Of course, sea spray and evaporating water will carry the oil and any chemical dispersants with them… And this polluted air and water vapor certainly will be carried to the near shore and left as an oily residue on everything from trees to electrical transformers… “If there’s oil in the water, it will be coming along with it to some extent,” says marine physicist Rick Luettich of the University of North Carolina. “I don’t know how significant the impact will be.”
http://www.scientificamerican.com/article.cfm?id=how-will-a-hurricane-affect-gulf-of-mexico-oil-spill

And now we have Mark Kaufman, EPA whistleblower being interviewed on July 20th by Amy Goodman on Democracy Now and saying "..we have dolphins that are hemorrhaging. People who work near it are hemorrhaging internally. And that’s what dispersants are supposed to do... many lawmakers and advocacy groups say the Obama administration is not being candid about the lethal effects of dispersants,"
http://www.examiner.com/x-10438-Human-Rights-Examiner~y2010m7d21-Censored-Gulf-news-Whistleblower-EPA-hiding-gassed-people-bleeding-internally

Obviously there appears to be a massive cover up of the toxic air quality in the gulf ~ but here's the visible truth as seen by this Gulf pilot who flew his aircraft over ground zero and then back to the gulf coast and found a sheen of oil over his whole aircraft . He also reports toxic Acid rain reported in Tuscaloosa, Alabama that day ~ which stemmed from clouds over the Gulf the day before. ( Six minute must see video )
http://www.rumormillnews.com/cgi-bin/forum.cgi?read=179134

So there you have it, that toxic orange oil and dispersant film over the leading edge of that aircraft is not only being breathed by millions of Gulf Coast residents but is also falling as a toxic black rain when storm clouds roll in from the Gulf and spread throughout the region and eventually the globe.
Appropriately, here's Black Rain by Mob Rules ~ (5 minute Video) http://www.youtube.com/watch?v=FkQLJCggRLQ&feature=related

And be aware that Petroleum Inhalation is a cause of "lipoid pneumonia." which is almost always fatal.