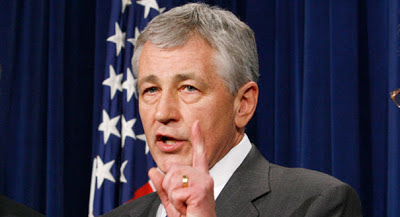 Chuck Hagel is the right person at exactly the right time as Secretary of Defense, for his thinking is in concert with main street America ~ but not necessarily in agreement with our AIPAC dominated Congress: Allen L Roland

Chuck Hagel is a potential breath of fresh air in the corporate polluted and AIPAC dominated belt way which enjoys a good or excellent Congressional approval rating from a scant 9% of American voters ~ and where 53% of Americans still rightfully feel that neither party represents the American people.

Watch and listen to Hagel's opening statement and you'll witness a humble and plain speaking American patriot who has seen war and carnage first hand as an infantryman in Vietnam ~ and who is committed to this refreshing declaration "that our military policies must be worthy of the sacrifices of our military and their families."   20 Minute video
http://www.foxnews.com/politics/2013/01/31/republican-hagel-faces-gop-critics-at-hearing/

At the end of these nomination hearings ~ the impact of the Hagel nomination could well be more about the future of the Republican Party. 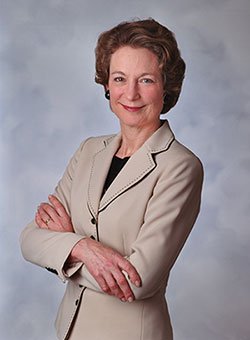 Susan Eisenhower correctly writes on January 9th ~ " The Republican Party is now at a crossroads. Over the last decade moderate Republicans have felt increasingly out of place in its ranks. If the GOP confirms Hagel, it could bolster the idea of a “big tent” Republican Party. A GOP-led rejection of a Republican war hero with impeccable centrist credentials, however, could well be a fatal blow to that concept, along with some of the party’s longest and most successful traditions.." See article ~ http://susaneisenhower.com/2013/01/09/chuck-hagel-a-turning-point-for-the-gop/


Uri Avery in Israel, precisely summed up my feelings about the Hagel nomination on January 12, 2013 ~ " I FIND Chuck Hagel eminently likeable. I am not quite certain why… Perhaps it’s his war record. He was decorated for valor in the Vietnam War (which I detested). He was a mere sergeant. Since I was a mere corporal in our 1948 war, I find it elating to see a non-commissioned officer become Minister of Defense…. Like so many veterans who have seen war from close up (myself included), he has become an enemy of war. Wonderful… NOW Hagel is violently attacked by all the neocon warmongers, almost none of whom has ever heard a bullet whistle in the wars to which they sent others, and the combined political regiments of the American Jewish establishment….His main sin seems to be that he objects to war against Iran. To be against an attack on Iran means to be anti-Israeli, anti-Semitic, indeed to wish for the destruction of Israel if not all Jews. Never mind that almost all present and past chiefs of the Israeli army and intelligence community object to an attack on Iran, too. But Benyamin Netanyahu apparently knows better….. HOWEVER, HAGEL’S most heinous sin is not often mentioned. While serving as the Republican senator for Nebraska, he once uttered the unspeakable words: “I am an American senator, not an Israeli senator!”  That is really the crux of the matter."    See article ~ http://original.antiwar.com/avnery/2013/01/11/welcome-chuck/

Many Jewish groups and columnists are strongly supporting Hagel. It appears to be only AIPAC ( the American Israel Public Affairs Committee) and die hard neo-conservatives, like Senator Lindsey Graham and the Weekly Standard's Bill Kristol, who brought us and supported the past decade of wars and occupations ~ who obviously oppose him. 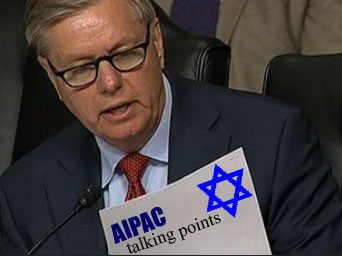 Lindsey Graham reading from his AIPAC script
Hagel is a ray of light in the darkness of our illegal and costly occupations of Iraq and Afghanistan as well as our current policy of thinly disguised Regime Change in Libya and Syria ~ so watching Hagel effectively duel with John 'Bomb, Bomb' McCain as well as Lindsey 'Israeli patriot' Graham gives me some hope for our immediate and long term future ~ that is if this truth teller is confirmed by the Senate.
Hagel's time has come and he is the right person at the right time for an over-extended American empire that is financially, morally and spiritually bankrupt.
"The bottom line is this: Peace will come to Israel and the Middle East only when the Israeli government is willing to comply with international law." - Jimmy Carter

Allen L Roland is a practicing psychotherapist, author and lecturer who also shares a daily political and social commentary on his web log and website allenroland.com He also guest hosts a monthly national radio show TRUTHTALK on www.conscioustalk.net
Posted by Allen L Roland, Ph.D at 10:04 AM