MEMORIES OF MY MOM 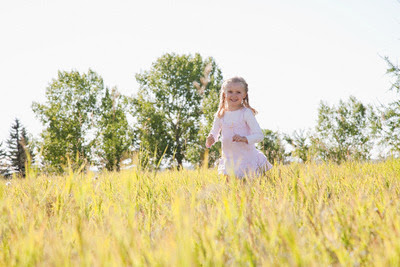 My mother’s reoccurring dream and call.

Those who we love deeply become part of us forever for they live in our hearts, as my Mother most certainly lives in mine. We certainly had our issues but she was always there: Allen L Roland

Speaking as a psychotherapist, I can unequivocally say that virtually everyone has issues with their mother ~ think about it ~ it is the first great love of our life and the messages from it quite often resonate throughout our lives and especially our relationships.

But reflecting back now on my relationship with my late mother ~ one of the most endearing qualities of my mom was that she was always there. I still fondly remember walking home from school and the first thing I would say as I walked through the door of our home was “ Hi Mom, I’m home “

Mothers Day is very special to me as well as for countless others so here’s a brief backgrounder of Mothers Day and a short video tribute to activist mothers from the past and the present. Six minute video ~ http://www.youtube.com/watch?v=lSsdvcfqKxA

As Timothy Egan recently wrote in his online commentary from the New York Times entitled The Last Mother’s Day ~ “When the last of your parents dies, as Christopher Buckley wrote in his memoir, “Losing Mum and Pup,” you are an orphan. But you also lose the true keeper of your memories, your triumphs, and your losses. Your mother is a scrapbook for all your enthusiasms. She is the one who validates and the one who shames, and when she’s gone, you are alone in a terrible way.”
http://opinionator.blogs.nytimes.com/2012/05/10/the-last-mothers-day/?nl=todaysheadlines&emc=edit_th_20120511

My mother died suddenly and unexpectedly 25 years ago in Connecticut.

She appeared sitting on my bed at that exact moment in
Sonoma, California ~ just as I was
falling asleep.

I fell asleep saying to myself ~ that can't be
my mother.

Two days later ~ I learned of her death
from my brother and I realized that I
had an after-death experience with
my mother.

Over 50% of Americans have had such an after-death
experience with a loved one ~ according
to Gallup.

My mother had read my Unified Field Theory
at least a month before she died ~
so she must have been telling me that
she now knew what I knew.

The Unified Field is, in essence, a state of
love and soul consciousness that exists
not only beyond time and space but ALSO beneath our deepest fears.

As such, it is entirely possible to experience someone you love after they have passed on and millions of Americans have had this experience ~ although they may be reluctant to share it with others.

This was an incredible act of love from my
mother and most certainly from beyond death and obviously
in a joyful state of soul consciousness.
She actually looked young and happy when she was sitting on my bed.

When I went back to Boston for my mothers
funeral ~ I decided to share the loving
and joyful moments I experienced with my
mother during the Eulogy, including my after death experience with her.

I remember lying outside my mothers door before
I could walk and wondering why my mother
was crying inside ~ and wanting somehow to
help her.

I remember sitting on my mothers lap for a picture
with my twin brother, at four years old, and realizing how extraordinarily beautiful my mother was ~ she looked
like Greta Garbo.

I remember the last time my mother spanked me
with a hairbrush when I was probably seven or
eight years old ~ the hairbrush broke in half
and we both burst into spontaneous laughter
that literally brought us to our knees.

I remember her playing the piano with myself
standing behind her ~ my hands on her shoulders
while I sang the words of the old standards she
loved to play.

Songs like That Old Black Magic , As time goes by and
Danny Boy .

Those two songs are linked to my CD which is under BOOK & CD AUDIO on my website www.allenroland.com  plus another appropriate vocal by myself which is backed up by Scott Deturk and Mel Martin You are My Mother, Earth

Those were magic moments and, in some ways, we bonded through the music we played and sang together.

About ten years before she unexpectedly died she shared with me a reoccurring dream from childhood ~ which still haunted her. The dream was a young golden haired little girl running free in a meadow and laughing in total delight. I told her that the little girl was herself and the dream represented her deep desire to reconnect with that same childhood state of love, joy, delight and soul consciousness.

She said that it was too late for her ~ but the sad reality was that she was getting far too many secondary benefits for being a victim and martyr. In essence, she was afraid of the joy and delight deepest within herself and her deep unworthiness kept her from claiming it.

So, obviously my most precious memory of my mother was when she came to me after she died ~ for it was only then that the shackles of her victimhood had finally been released ~ it was only then that I could truly experience her profound love for me ~ as well as her joyous need to share with me her new awareness of this state of love, joy and soul consciousness deepest within herself.

Finally she was once again that blond haired little girl she longed to be, laughing and running free in that meadow "Allen, I know, Allen, I know "

Allen L Roland is a practicing psychotherapist, author and lecturer who also shares a daily political and social commentary on his weblog and website allenroland.com He also guest hosts a monthly national radio show TRUTHTALK on  www.conscioustalk.net
Posted by Allen L Roland, Ph.D at 10:39 AM