GRIM REAPER IN THE SKY / DRONE ASSASSINATIONS WITH NO ACCOUNTABILITY 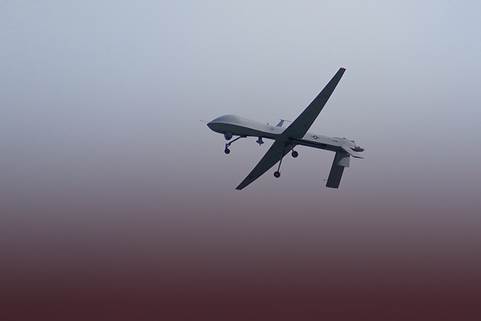 Sooner or later we will all have to come to grips with the collateral psychic damage we have wrought in the Middle East with our Drone assassinations on both innocent victims as well as the perpetrators themselves ~ for chaos reins on both sides when accountability ends: Allen L Roland, PhD


“If you want to control someone, all you have to do is to make them feel afraid.”  ~ Paulo Coelho


Post-Traumatic Stress is a byproduct of combat duty for both the hunted and the hunter ~ but nowhere is that more visible and intense then in Drone warfare when terror arrives unexpectedly from the sky. 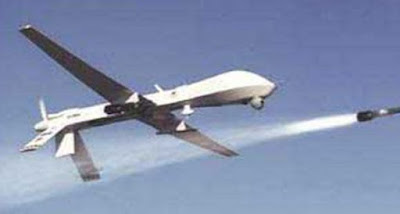 "Sometimes I am so sad that my heart wants to explode," an Afghan man says, speaking directly into the camera. "When your body is intact, your mind is different. You are content. But the moment you are wounded, your soul gets damaged. When your leg is torn off and your gait slows, it also burdens your spirit." The speaker is an unnamed victim of a February 2010 drone strike in Uruzgan, Afghanistan, but he could just as easily be an Iraqi, a Pakistani, a Somali, a Yemeni ~ or for that matter a wounded American combat soldier.

But what about the psychic damage and suicidal feelings of the Drone operators and personnel ~ " When we are in our darkest places and we have a lot to worry about and we feel guilty about our past actions, it's really tough to describe what that feeling is like," says Daniel, a whistleblower who took part in drone operations and whose last name is not revealed in National Bird. Speaking of the suicidal feelings that sometimes plagued him while he was involved in killing halfway across the planet, he adds, "Having the image in your head of taking another life is not a good feeling."

As Pratap Chatterjee explains in Truth Out ~  "If recent history is any guide, these drones do not just kill terrorists; in their target areas, they also create anxiety, upset, and a desire for revenge in a larger population and so have proven a powerful weapon in spreading terror movements across the Greater Middle East " ~ or create blow back in terms of fanatical retaliation and revenge.  See Article ~


In addition to those they kill, Washington's terror drones turn out to wound (in ways both physical and psychological) their own operators and the populations who live under their constant surveillance and this is clearly seen in Gavin Hood's excellent film Eye in the Sky.

"Washington’s use of invasion, bombings, and murder by drone as its principle weapon against terrorists is mindless. It shows a government devoid of all intelligence, focused on killing alone. Even a fool understands that violence creates terrorists" writes Paul Craig Roberts

This anguished poem is by an unnamed Afghan woman whose home was destroyed by a drone is an example:


May God destroy your tank and your drone,
you who’ve destroyed my village, my home.


Heart centered spiritual consultant and advisor Allen L Roland can be contacted at allen@allenroland.com Allen is also a lecturer and writer who shares a weekly political and social commentary on his web log and website allenroland.com. He is also featured columnist on Veterans Today and is a featured guest on many radio and Television programs.
Posted by Allen L Roland, Ph.D at 12:17 PM