GAZA / A LIVING HELL WITH NO ESCAPE 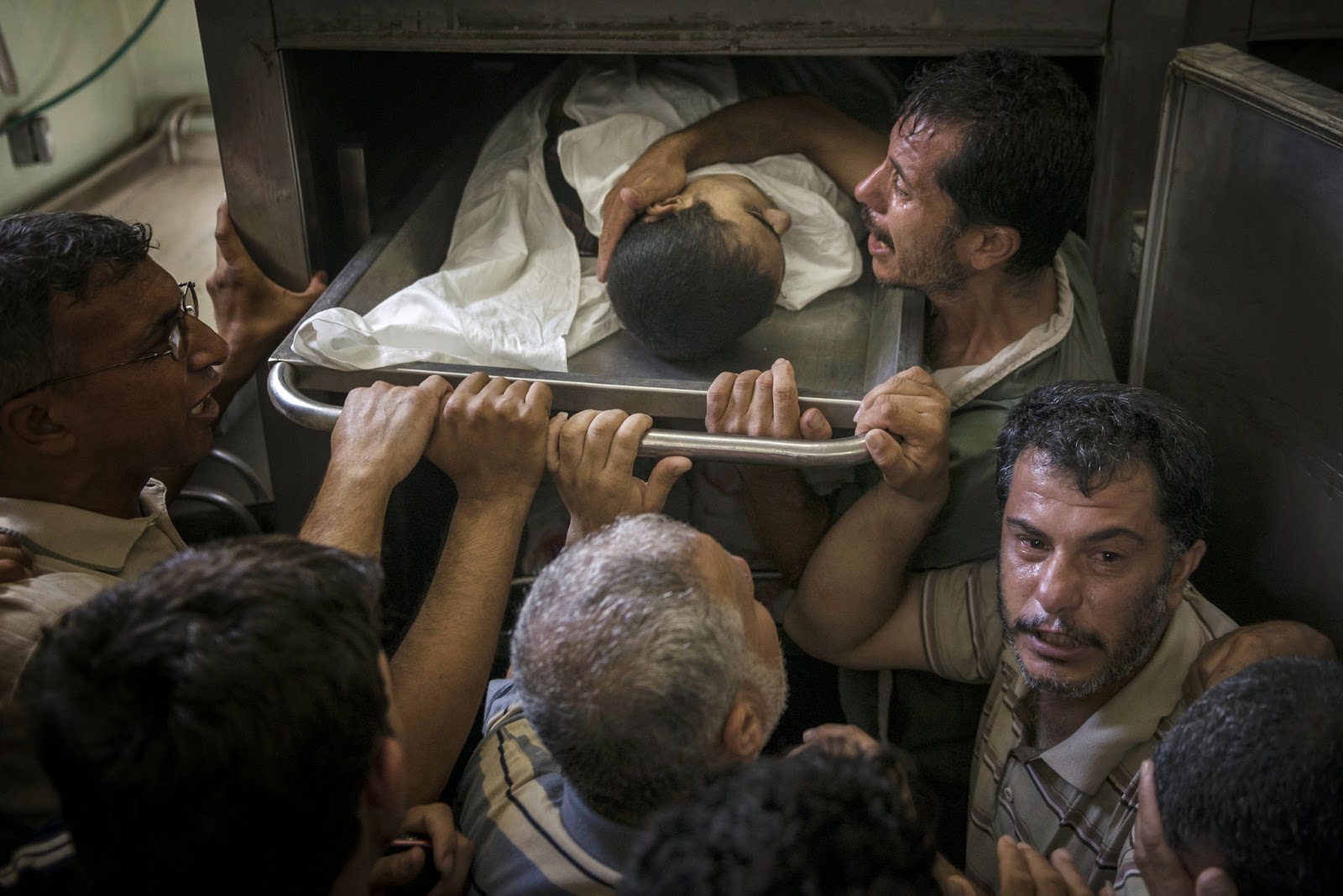 Sergey Ponomarev for N.Y Times / click on photo to enlarge


Relatives of a boy killed Thursday in explosions at a UN school sheltering Gaza residents grieving over his body at a hospital.


With a death toll of over 800 dead and climbing daily, the photos from Gaza are like a Goya painting depicting the desperation and frenzy of Palestinians existing in a living hell with no apparent escape ~ surrounded by solders with their guns pointed ~ while complicit Israeli's watch on hilltops from beyond their Iron Dome and celebrate with their neighbors their barely concealed ethnic cleansing in triumphal glee. The Palestinians most certainly have the right to their self defense: Allen L Roland, Ph.D


Francisco Goya's Third of May, 1808 / click on picture to enlarge


Goya's masterpiece Third of May,1808 fully captures the desperation and despair of an entrapped Spanish people facing their eminent death at the hands of their brutal French occupiers. To fully understand the significance of Goya's classic painting of repression as well as its similarities today, please watch this magnificent 12 minute video ~ BBC The Private Life Of A Masterpiece - Goya's Third of May 1808 (2/4)  https://www.youtube.com/watch?v=1qu1iehzdDE

And when you watch this video, you will realize what that Spaniard is crying out to his French executioners ~ and it's the same cry the entrapped Palestinians are crying out to their brutal Israeli occupiers ~ WHY?

And it’s a question that the world must soon find an answer ~ for this long festering cancer of illegal repression and apartheid is spreading and must end soon before it's too late.

It is apparent that this in your face illegal Israeli land grab must be turned from a stumbling block into a stepping stone toward world peace before the Palestinians are completely eradicated ~ which appears to be the long term goal of the Israeli Zionists. See evidence of this death yard of angels: http://blogs.channel4.com/snowblog/gazas-birthplace-saints-deathyard-angels/24276 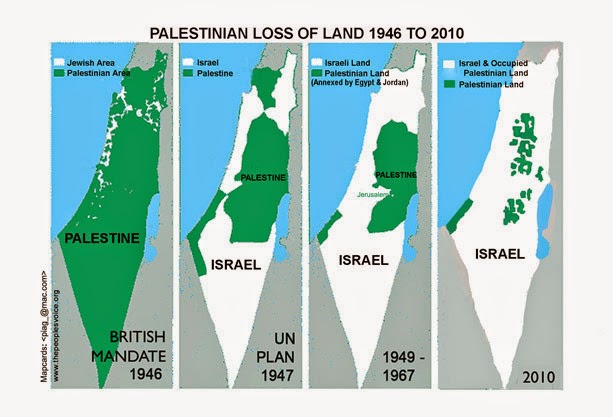 The recent invasion of Gaza testifies to the depraved and morally bankrupt character of the Zionist regime in Israel. The government headed by Prime Minister Benjamin Netanyahu represents an isolated and demoralized ruling class that has lost its head and has no answer to the crisis it confronts except disorientated and homicidal outbursts of violence and ethnic cleansing ~ which they laughingly call 'mowing the lawn'.

Even the son of a famous Zionist general, Miko Peled, shares that the current preoccupation of Israel with Iran is a smokescreen to cover up apartheid with Palestine, that the only law that applies to Palestinians is Israeli military law and that only a bottom up American demand for human rights and democracy can change or break the Israeli garrison apartheid state and its AIPAC supporters. See article: http://www.veteranstoday.com/2014/07/19/a-zionist-generals-son-shatters-the-myths/

This mass slaughter against a defenseless Palestinian population serves only to deepen the revulsion and hostility toward Zionism throughout the Middle East, around the world and among Jewish workers in Israel itself, What will this map look like in 2016 ~ particularly when on Friday, the US Senate voted 100-0 to support Israel's recent invasion of occupied Gaza.

Perhaps only poetry can adequately describe the living hell of occupied Palestine;

Occupation means you live out your live under military rule, and the constant threat of death, a quick death from a snipers bullet or a rocket attack from an M16.

A crushing, suffocating death, a slow bleeding death in an ambulance stopped for hours at a checkpoint. A dark death, at a torture table in an Israeli prison: just a random arbitrary death.

A cold calculated death: from a curable disease. A thousand small deaths while you watch your family dying around you.

Occupation means that every day you die, and the world watches in silence. As if your death was nothing, as if you were a stone falling in the earth, water falling over water.

And if you face all of this death and indifference and keep your humanity, and your love and your dignity and YOU refuse to surrender to their terror, then you know something of the courage that is Palestine.”  ~ Suheir Hammad