REVOLT IS IN THE AIR AGAIN 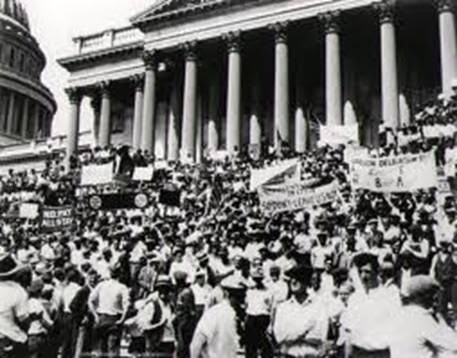 Here's a blast from the past that clearly shows that the public can be mobilized for a cause as it once was in 1932 ~ when thousands of WW1 veterans marched for their promised bonus electrifying the country in the process, only to be crushed by the Government ~ but now, with the Internet, true revolution and change is possible: Allen L Roland

Loyalty to country ALWAYS. Loyalty to government, when it deserves it: Mark Twain 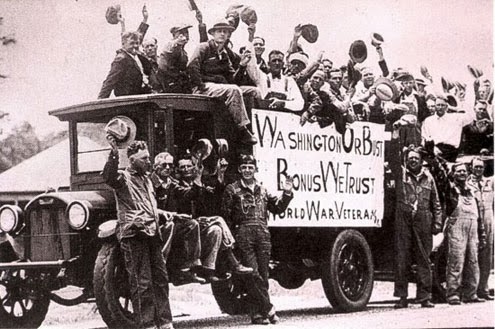 It's hard to believe that this happened over 80 years ago but this exceptionally rare 7 minute film from 1932 brilliantly shows one of the darkest days in America's history with actual newsreel footage.

Here it is ~ a seven minute must see tribute to the will of determined veterans ~ but it is not too different now with veterans who are marching for Peace and Democracy versus Empire. Revolution is in the air and Washington beware.

Talk about a blast from the past ~ you'll see a young Patton, a young Eisenhower, a middle aged Douglas MacArthur and President Hoover along with Walter Winchell reporting. 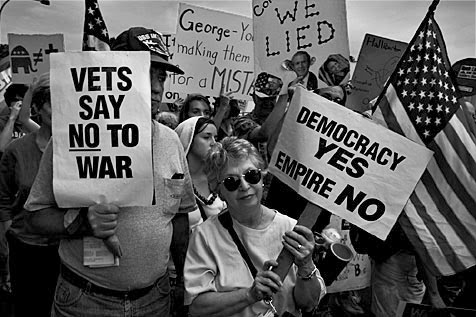 Are we angry enough now to march on Washington? We obviously have the issues; Saying No to War, Too Many died for a Lie and do we want Empire or Democracy?

But do we have the will? Are we mad and determined enough?
In 1932, The Veteran's camp was destroyed and the Government seemingly triumphed but the Vets eventually got their bonus, a new respect and renewed camaraderie for a common cause.

Here's another blast from the past to see that we are actually close to a tipping point ~ José Ortega y Gasset’s The Revolt of the Masses was written in 1929. Ortega understood that the rise of new technological tools gives a global scope to the unformed opinions of people who, in a previous era, would have only focused on what was nearby and familiar ~ and that is what fuels revolt and true change.

With the growth of the Internet, and a common mistrust of Congress, a Veterans March on Washington now would most certainly not be ignored and crushed by the military, as it was in 1932 ~ but instead be seen and reacted to as a mass movement toward immediate and effective change.