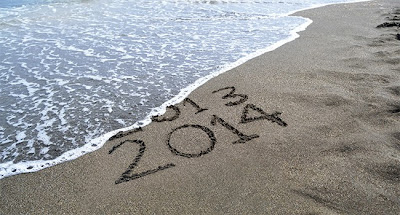 The tide is rapidly closing in on this year but there is still time to reflect on the Good, the Bad and the Ugly of 2013 ~ which I summarize as the Good with the political emergence of Elizabeth Warren, the Bad reality of the growing poverty and social inequality of America and the persistent Ugly eye sore and continuing injustice of Guantanamo: Allen L Roland

I'm glad 2014 is coming to a close ~ I'm tired of living on the edge, of watching the poor get poorer and the rich get richer, of witnessing the seeming triumph of selfishness over altruism, of experiencing the slow erosion of the planet through climate change and global warming as well as the common deep disappointment in our political leaders ~ that is until now. 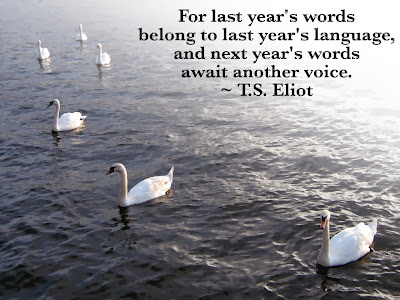 These words of truth from T.S. Eliot give me hope going into 2014 for the changing tide of time always brings new voices ~ and one of the bright populist voices of 2013 is Elizabeth Warren. She is also my early leading candidate for president in 2016. 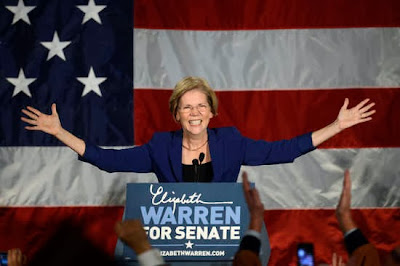 Warren's recent support for raising Social Security benefits is exactly what we need to shift the national discussion on retirement income from the negative to the positive. As Dean Baker correctly writes in AlterNet ~ " While Social Security does keep most seniors out of poverty, the $1,300 average monthly benefit is certainly not enough for a comfortable retirement for people who lack another source of support. A modest increase in benefits to retirees in the bottom half of the income distribution would make a big difference in their standard of living at relatively little cost to the program."

Here's her recent short speech on the Senate floor on the retirement crisis ~ "This is partly about math, but it's partly about our values. This is about what kind of a people we are, what kind of a country we are trying to build."  6 minute video
http://www.youtube.com/watch?v=O99siSbqTX8&feature=player_embedded 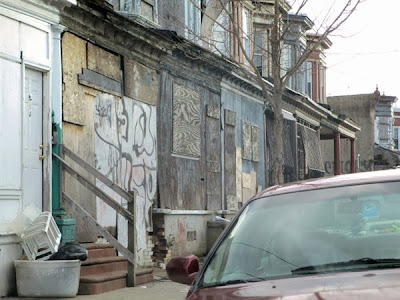 The BAD of 2013 is the crippling poverty that exists throughout America ~ Poverty, joblessness, and economic insecurity are a daily reality for the vast majority of the American population. According to WSWS ~ By one survey, four in five Americans have lived in near-poverty, been unemployed, or used welfare for a year or more during their lives and replacing one big-business politician with another will do nothing …   " and the only way to address the vast social problems of poverty and social inequality that loom over contemporary society is to build a political party that represents working people, armed with a program of reorganizing society on the basis of meeting social needs, not the enrichment of the super-wealthy."
See article ~
http://www.wsws.org/en/articles/2013/11/04/pers-n04.html

And get this, Nearly 40 percent of all workers in the country made less than $20,000 last year, according to data from the Social Security Administration ~ and more than 50% made less than $30,000 a rear which doesn’t include figures on benefits such as health insurance or pensions. That’s below the federal poverty threshold for a family of four and close to the line for a family of three. On average, these workers earned just $17,459.55.

Twelve years too long. Of the 779 prisoners kidnapped and subjected to extraordinary rendition by the United States government, 693, or 89%, have been freed because there was no evidence against them. 79 more prisoners have been cleared for release years ago but are still being held. (photo: Reuters)

The UGLY is the continuing injustice of Guantanamo ~ A testament to the shame and disgrace of the 9/11 official story as well as the ongoing isolation, torture as well as civil rights violations of the prisoners of Guantanamo ~ the vast majority of who are innocent.

Everyone has heard of Guantanamo and most people know it's bad ~ but you have no idea that it is well beyond bad and is still America's ugliest symbol of moral injustice.
Video BBC : 47 minute must see Video
http://www.brasschecktv.com/page/24876.html

So there you have it, the Good, the Bad and the Ugly as the tide of change erases 2013 but voices are being raised, and true leaders of the people are emerging as America faces a mid-term election in 2014 as well as another opportunity to return to our true moral values, and very possibly change history. 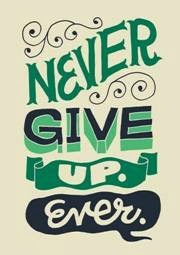