JFK ASSASSINATION / THE DEATH OF HOPE 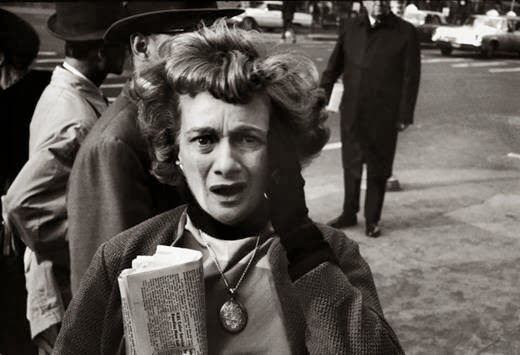 This photo sums up a nation's shock, dismay and disbelief when we all learned of the assassination of JFK on November 22, 1963. But there were many others who were not shocked but relieved, if not happy, when JFK was gunned down ~ and the obvious questions still remain unanswered: Allen L Roland

I personally remain completely unconvinced by the Warren Report and feel that America has never fully recovered from JFK's assassination for with his death came the death of hope for a more humane, a more peaceful and a more just America. The assassination of both John and Robert Kennedy marked not only the death of hope for a better America but the full emergence of the dark force of a criminalized Military, Industrial, Congressional complex.

Can you imagine JFK condoning indiscriminate Drone attacks on innocent civilians under the cover of a fictitious War on Terror as we now see every day in the Middle East ~ like this latest example in Yemen. 4 minute video http://www.informationclearinghouse.info/article36907.htm#.Uow303G2TKU.email


The Secret Service stood down.

Military intelligence, which is normally enrolled to provide presidential security, stood down.

The FBI stood down.

These elements opened the door to the assassination, but did not have the resources to deliver the shooters and the complicated cover story and witness elimination program that followed.

Corrupt elements of the CIA and their long term friends and colleagues in organized crime did.
And they did it because their very survival was at stake.

After decades of non-investigation by the epically corrupt J. Edgar Hoover, organized crime was on the receiving end of a massive attack by Robert Kennedy ~ the president's brother and Attorney General.

Few people understand that organized crime and the CIA (and its predecessors) work closely together both inside the US and outside and by the time of the Kennedy assassination had done so for decades.

Neither of the Kennedy brothers were choirboys, but what they were undertaking was a heroic effort on their parts and one done for the good of the country. Had they succeeded, they would have averted many of the catastrophes that have befallen the US ~ and other countries (effecting many hundreds of millions of people) ~ in the last 50 years

The Kennedy brothers knew the risks involved in their operations. What they attempted required great moral and physical courage the likes of which have rarely been seen in the history of this country.

It's noteworthy that this story, one of the most important in post-war 20th century history, has been completely erased from the public mind and the mass media, through bullcrap books (ex. Vincent Bugliosi's latest) and endless snarky gossip pieces designed to diminish President Kennedy's stature. - See more info plus 4 minute video http://www.brasschecktv.com/videos/assassination-studies-1/why-the-cia-cooperated-in-the-killing-of-jfk.html#sthash.WNi5HlvG.dpuf

AMY GOODMAN: "When Kennedy was killed, the official narrative was immediately questioned. Nearly five decades later, a new poll has found a clear majority of Americans still suspect there was a conspiracy behind the assassination. However, according to the Associated Press JFK poll, the percentage of those who believe accused shooter Lee Harvey Oswald acted alone is at its highest level since the mid-’60s. The survey, conducted in mid-April, said 59 percent of Americans think multiple people were involved in a conspiracy to kill the president, while 24 percent think Oswald acted alone, 16 percent are still unsure."

OLIVER STONE: " My thoughts. I saw the (Zapruder) film inside these last few days, and I’ve been able to assess it again, and I’ve followed the cases more or less from the outside. I haven’t been inside. It’s amazing to me that people still deny it. As you know, I was in the infantry in Vietnam. I had a fair amount of combat experience. I saw people blown away in action. When you look once again at the basics of the film ~ the bullets, the autopsy, the forensics, the shooting path ~ and stay away from all the other stuff ~ Oswald’s background and Garrison, etc. ~ just follow the meat, the evidence, what you see with your own eyes in those six seconds, it’s an amazing ~ it’s all there. It doesn’t need to be elaborated upon. You can see it with your own eyes. "
"You see Kennedy make his ~ get a hit in the throat. Then you see Kennedy get a hit in the back. Then you see him essentially get a hit from the front. When he gets the hit from the front, which is the fourth or the fifth or the sixth shot, he goes back and to the left. That’s the basic evidence. You see a man fly back because he gets hit right here. Many witnesses at Parkland and at the autopsy in Bethesda saw a massive exit wound to the rear of his skull, to the right side. The people at Parkland, including the young doctor, McClelland, saw his cerebellum, his brain, go out the ~ almost falling out of the back of his skull. Later, when he gets taken ~ illegally to Bethesda, Maryland, the military….has taken control and is telling everyone what to do"

If you're a fan of Bill Hicks, you're going to enjoy this video for I feel the need to inject some humor into such a tragic event as JFK's assassination as well as America's willingness to be bamboozled ~ not only by the Warren Report but more recently by the equally suspicious 9/11 Official report.

Bill's language is not politically correct but Hicks cuts to the chase regarding the Assassination of JFK. 5 minute Video: http://www.youtube.com/watch?v=11Fl9ZVJ7B8

Wake up, America before it’s too late.