COST OF OCCUPATION / BETRAYAL AND MISERY 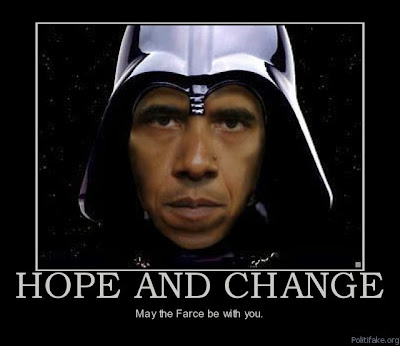 In five years, Nobel Peace Prize laureate Barack Obama, the agent  of hope and change, has become the prince of darkness and his presidency has become a farce ~ an absurdly futile exercise in pretense and broken promises from a president who cloaks himself with drones and armor and who answers only to the corporate global elite.

This Veterans day we have over 200,000 homeless veterans on the streets of America; yes 200,000 ~ that is not a misprint. That is a disgrace, a national disgrace and part of the cost of occupation along with national betrayal and dying for lies. Here are the current death and wounded numbers in Iraq and Afghanistan;

Here is reporter Ann Jones firsthand, close-up-and-personal look at the impact of our recent wars on America’s unlucky soldiers ~ as she describes the silence of moral disillusion and betrayal;  "The last time I saw American soldiers in Afghanistan, they were silent. Knocked out by gunfire and explosions that left them grievously injured, as well as drugs administered by medics in the field, they were carried from medevac helicopters into a base hospital to be plugged into machines that would measure how much life they had left to save. They were bloody.  They were missing pieces of themselves. They were quiet.

It’s that silence I remember from the time I spent in trauma hospitals among the wounded and the dying and the dead. It was almost as if they had fled their own bodies, abandoning that bloodied flesh upon the gurneys to surgeons ready to have a go at salvation. Later, sometimes much later, they might return to inhabit whatever the doctors had managed to salvage.  They might take up those bodies or what was left of them and make them walk again, or run, or even ski.  They might dress themselves, get a job, or conceive a child. But what I remember is the first days when they were swept up and dropped into the hospital so deathly still. They were so unlike themselves. Or rather, unlike the American soldiers I had first seen in that country. Then, fired up by 9/11, they moved with the aggressive confidence of men high on their macho training and their own advance publicity."  Must read articles : Tomgram: Ann Jones, Silent Soldiers, The Losers From Our Lost Wars http://www.tomdispatch.com/blog//175769/

Excerpt:  Regarding veteran suicide rate which is actually closer to 50 a day when you count veterans who have left the military ~

AMY GOODMAN: "These suicide numbers are astounding. I mean, I think people just have to close their minds; they can’t comprehend: 22 veterans or soldiers a day in the United States take their lives?"

ANN JONES: "And those are soldiers who are still in the military. Those who have already left the military are not counted. And there’s a lot of indication that they may be committing suicide at even greater rates. But to me, the most shocking part of this is that many of those who kill themselves are receiving treatment at the VA, but the treatment they’re receiving is Big Pharma drugs, the opioid painkillers. They’re prescribed not for psychological problems, but for simple body pain. And they’re highly addictive, and they’re very deeply implicated in soldier suicides. I tell the story of one Texas soldier…."
Must see 12 minute video http://www.democracynow.org/2013/11/11/the_untold_story_of_war_us

Every dying Empire has its truth telling prophet and America had its own with Chalmers Johnson. Johnson correctly compared the decay of the American empire, with its over 900 overseas military bases, with the fall of the Roman Empire whereas the Senate becomes a wealthy corporate club and irrelevant compared to the ruling Military Industrial Congressional Complex. Read article: http://www.veteranstoday.com/2013/05/31/prophet-for-a-dying-empire-chalmers-johnson/

Johnson’ s main points were; The United States is treading the same three steps as the former Soviet Union;
Chalmers offered the solution but rightfully suspected that it was already too late for America; ( with my inserts )

Chalmers expected considerable resistance but also said that only the truth could avoid the inevitable fall of the American empire ~ as it did in bringing down the Soviet Union.
Thus, only the role of the alternative media and courageous whistle blowers in exposing the truth can rescue a crumbling Republic that has rapidly become a corrupt plutocracy.

It is my opinion, that there is one central truth that can bring down America’s Berlin wall of denial along with the deceit of the War on Terror ~ it’s the big, big lie and America’s greatest act of treason, it’s the rationale for the cloak of secrecy, torture, Guantanamo, Drone assassinations and illegal spying that now erodes our Republic ~ it’s the monstrous lie of 9/11 along with its unchallenged official story.

What started as a War on Terror in Afghanistan has now become the front for an Orwellian never ending War of Terror which is rapidly draining the heart, resources and spirit of America.

The object of this perpetual war, as Orwell describes, is to keep a society or ‘Our Way of Life’ intact ~ The war in actuality is waged by each ruling group against its own subjects, and the object of the war is not to make or prevent conquests of territory, but to keep the structure of society or the global elite status quo intact. 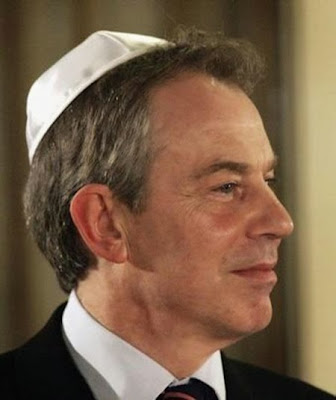 Tony Blair sporting his Yarmulke and the self-satisfied smirk of an AIPAC supported war criminal.

The American Killing machine most certainly still exists and now we have Nick Turse’s new book, Kill Anything that Moves: The Real American War in Vietnam  to confirm this obvious truth ~ “No one has ever described the American killing machine in that country the way he has; nor, as he did, tracked down Americans charged with war crimes by the U.S. military in that era, nor tramped through distant rural Vietnam to hear what it felt to be on the other side of massacres or experience the American-imposed “system of suffering” in those years. A decade in the making, it is a book that should reshape in fundamental ways how we remember the Vietnam War.“

Afghanistan excerpt: “Untold numbers of Afghans have also died of everything from lack of access to medical care (there are just 2 doctors for every 10,000 Afghans) to exposure, including shocking reports of children freezing to death in refugee camps last winter and again this year.  They were among the hundreds of thousands of Afghans who have been internally displaced during the war.  Millions more live as refugees outside the country, mostly in Iran and Pakistan.  Of the women who remain in the country, up to 2 million are widows.  In addition, there are now an estimated 2 million Afghan orphans.  No wonder polling by Gallup this past summer found 96% of Afghans claiming they were either “suffering” or “struggling,” and  just  4 %  just “thriving.”     See article:

If you really want to know what our troops are going through in illegally occupied Iraq and Afghanistan ~ read John Steinbeck's ' The Moon is Down ' or better yet read Paul Rockwell's poetic and moving commentary ' The Agony of Occupation / The flies have conquered the flypaper ' from Common Dreams .

Excerpt: " It is impossible to read Steinbeck's masterpiece without thinking about our own soldiers in Iraq , about their daily fear, the growing tendency for revenge, the agony of conquest. 'The Moon is Down' is not primarily about the Norwegian people, or even about the resistance. It's about the terror, the self-doubts, the slow transformation of arrogance to self-loathing, under which invaders live... 'The Moon is Down' is not about the violence; it's about the psychology of occupation. Steinbeck focuses on the inability of occupying soldiers to cope with the ingratitude of a "liberated" people. Germans trusted their leaders and expected to be greeted with flowers, not contempt. The public hatred of the occupation, not sabotage alone, destroys German morale ... When a lieutenant is upset by the hostility of the local population, his commander admonishes him: "I will not lie to you, Lieutenant. They should have trained you for this, and not for flower-strewn streets. They should have built your soul with truth, not led you along with lies. But you took the job, Lieutenant. We can't take care of your soul."
The occupiers are not pacified. "Captain, is this place conquered?" "Of course," the captain replies. But the listener cracks. "Conquered and we're afraid, conquered and we're surrounded. The flies have conquered the fly paper ! "
See article: http://www.commondreams.org/views04/0402-12.htm

The War on Terror farce is still with us and will be until the truth prevails.