THE SEARCH FOR GOD EVENTUALLY LEADS TO LOVE 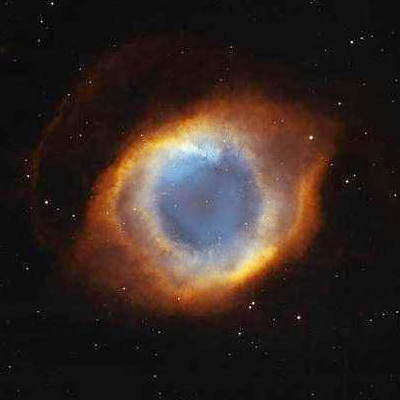 The eye of God in outer space / NASA photo taken by the Hubble Space Telescope has been labeled the 'Eye of God' by frequent forwarders.

God is NOT a particle, God is love, a loving plan in action ~ an evolutionary process with which we all participate as co-creators. Only by fully surrendering to love do we begin to realize our part in a universal loving plan: Allen L Roland

We are put on earth a little space, that we may learn to bear the beams of love: William Blake

The external search for God is the ego's yearning for spiritual validity but doomed to failure ~ for God is only revealed from within by surrendering to love. 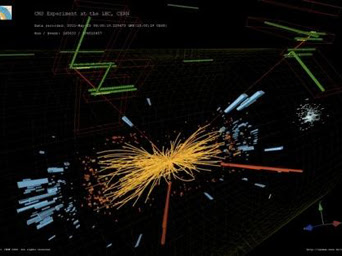 A dramatic example of the celebration of our external search for something that exists deepest within ourselves is the Higgs Boson ~ it took nearly 50 years, but Francois Englert of Belgium and Peter Higgs of Britain won the 2013 Nobel Prize in physics Tuesday for 'apparently' figuring out how the universe's most basic building blocks acquire mass and form the world we know today.

As the AP reported ~ "To track down the elusive subatomic unit ~ sometimes referred to by laymen as the "GOD particle" ~ thousands of scientists at CERN, the European Organization for Nuclear Research, had to build the world's biggest atom smasher. The $10 billion Large Hadron Collider operates in a 17-mile (27-kilometer) tunnel beneath the Swiss-French border. Englert and Higgs were trying to provide an answer to a riddle: why do certain fundamental particles have mass. They proposed the existence of an invisible field(like a field of molasses) that sprawls through space like a net. The building blocks of matter, they suggested, acquired mass shortly after the Big Bang, when they were trapped by this field. Much later, as the universe cooled, they formed atoms. To detect the field, the scientists suggested looking for the Higgs boson, because all fields are seemingly associated with a particle."  See AP report ~ http://www.myfoxphoenix.com/story/23633788/2-win-physics-nobel-for-higgs-boson-theory

On January 23rd of 2008, I wrote THE ELUSIVE HIGGS FIELD IS ROLAND UNIFIED FIELD OF LOVE

In that article, I explained that The basic underlying and uniting force of the Universe is a psychic energy field of love and soul consciousness (the Unified Field) which lies not only beyond time and space but ALSO beneath our deepest fears and whose principle property is the universal urge to unite. (By ‘psychic’ I mean inexplicable by natural laws).

I have proved this for the past 38 years in my role as a heart centered transformation therapist and counselor with both emotionally wounded civilians and combat veterans with PTSD.

So what about all that unaccounted for space in the universe?
Scientists have predicted that space is filled with an invisible field that gives particles their mass. They’ve dubbed it the Higgs field. In 1966 Peter Higgs (University of Edinburgh) proposed that the universe was full of a field called a HIGGS FIELD. Supposedly disturbances in this field, as particles move through it, cause objects to have mass. They postulated that the Higgs Field consists of countless Higgs particles (called Bosons) that act like a kind of cosmic molasses that fills all of space. As objects move through space they have to ‘wade’ through these Higgs particles that ‘cling’ to them, causing a drag that shows up as mass.

A Cosmic quantum field of molasses ~ give me a break!  And scientists, of course, have all been hot on the trail to find this elusive particle and are spending billions of dollars in the process. The July 2005 issue of Scientific America highlighted this search in a lead article entitled The Mysteries of Mass ~ where they announce “Scientists are hunting for an elusive particle that would reveal the presence of a new kind of field that permeates all of reality.”

Despite the questionable Nobel Prize, the Higgs Boson has never been actually found and actually represents a hope ~ much like Obama's Nobel Peace prize !  In 2011, CERN scientists declared that over the entire range of energy the Collided had explored ~ from 145 to 466 billion electron volts ~ the Higgs boson is excluded as a possibility with a 95% probability.

Obviously, Particle physics has reached a dead end. Once again, scientists are still looking without, through one eye, for an external physical particle and will never discover this elusive field unless they look through their other subjective eye and acknowledge the within of things and the universal urge to unite.

In other words, we are not all floating around in a static and disconnected Higgs quantum field of molasses but, instead, are all swimming in a Roland Unified Field of love, connection and soul consciousness ~ that permeates the universe.

Now all we need is a recognized physicist to question the limitations of the quantum Higgs Field of static molasses. Dr. Wulf von Bonin does just that in his brilliant paper The Picture of Current Cosmology and Questions to it In his section Problems with the “Higgs Field” Bonin writes; “If the “Higgs field” is rich in energy, enables expansion, materializes itself in particles of heavy masses, and is able to mediate masses for other particles, it has to be already “dimensional”. It already possesses the characteristics of cosmic dimensions. It has to develop historically from a universal and non-dimensional basic status and this status has to differ significantly from the “Higgs field”.

As Amir Aczel writes in Scientific America on August 23, 2011 ~ “But if the Higgs doesn’t exist, where does mass in the universe come from? Theories that go beyond the “standard model” of particle physics may be necessary”

And here you have a proven theory ~ the Roland Unified Field  of love and soul consciousness differs significantly from the Higgs Field because its driving cosmic dimension is the universal urge to unite which permeates the universe and also exists deepest within ourselves ~ and it most certainly goes beyond the standard model of particle physics.

As such, the Higgs field of static molasses now becomes a Roland Unified Field of dynamic cosmic interconnections fueled by the universal urge to unite ~ and we all participate in this evolutionary process or loving plan as co-creators.
Read my report ~ http://www.veteranstoday.com/2011/08/30/the-spark-of-life-is-love-not-the-higgs-boson/

Stephen Hawking wrote in BLACK HOLES AND BABY UNIVERSES about his concerns about a grand Unified Field: “And even if there is only one unique set of possible laws ~ it is only a set of equations. What is it that breathes fire into the equations and makes a universe for them to govern? Is the ultimate Unified Field so compelling that it brings about its own existence?”

In response to Hawking’s query ~ This Unified Field of love is that compelling and it does bring about its own existence because it is deepest within us all and is the virtual plasma of the universe. Hawking also posed that there ought to be something special and simple about a theory of everything ~ and what could be more special and simple than LOVE.

Watch this one-minute time lapse film taken in Mauna Kea, Hawaii of the thickness of our Milky Way galaxy in plain sight. The canvas overhead will surely spark your sense of awe and wonder and then realize that you and I are connected to all of that vastness through a Unified Field of love and soul consciousness as well as a universal urge to unite.  http://www.onbeing.org/blog/white-mountain-milky-way/3966