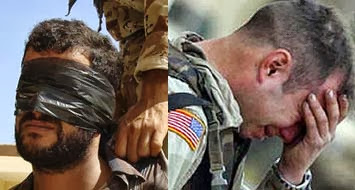 It is obvious that the symptoms of PTSD are very similar to the symptoms of people being seemingly separated from love whereas deep psychic pain as well as feelings of guilt and unworthiness override the ability to give and receive love ~ thus supporting a heart centered approach to recovery: Allen L Roland, PhD.

In March 2005, PBS aired A SOLDIERS HEART where a physician on that show reported that every soldier in Iraq is forever emotionally changed after serving in combat.
This can actually become a hardening of the heart whereas the soldier eventually becomes seemingly incapable of giving and receiving love and retreats into a lonely and impenetrable shell.

I have proved this in my work as a heart centered counselor for 38 years and  working with combat veterans with PTSD for the past four years.

I’m proud of being a Navy veteran and serving five years on active duty as well as two additional years as a weekend warrior. I believed in what I was doing at that time and I served in the lull between the Korean conflict and Vietnam War 1957 - 1964. Although I was trained to kill with my sidewinder and Sparrow missiles ~ I never had to fire them in anger although I most certainly would have fired if directed.

The highlight of those five years was my 10 month tour on the USS Ranger which was patrolling the South China Sea and the Sea of Japan. I flew an all-weather supersonic single place interceptor (F3H Demon) and most of my 135 carrier landings were at night or in severe weather conditions. There was no room for laxity under those conditions ~ it was all about intention, hand eye coordination and especially focus.

The carrier was my eternal mother who embraced me every night by not only catching me in her three deck wires (often at a low fuel state) but later lulling me to sleep with her gentle rolling and the musical hum of her giant turbines.

Everyone on the carrier was part of a coordinated team and the common effort was to safely launch and land its large complement of fighter and attack planes. I felt blessed and totally supported in my mission from deck hands to landing signal officers. There was a tremendous feeling of being an integral part of something far greater than myself ~ literally a family.

I have never forgotten that moment but that insight was just a prelude to eventually living my ultimate dream of fully opening my heart, going through my deep fears of loss and personally proving and owning my Unified Field  many years later.

The journey of the heart is much like flying in all weather conditions in that you must conquer fear and your heart centered self-belief is your needle ball instrument ( the one aircraft instrument that tells you if you are straight and level or upside down in a vertigo episode ~ which I harrowingly experienced many times).

Now I’m living my ultimate dream which is sharing my gift of seeing through the heart with all my clients but especially veterans of Vietnam, Iraq and Afghanistan (with PTSD) and helping them to a place of another choice of behavior by jump starting their hearts and reawakening their desire to love, be loved and to heal themselves in the process. As I watch a light go on within these soul damaged warriors who are living in the grey zone of PTSD ~ I realize I’ve come full circle and once again I’m in service from a place of celebration and joy.

My recent newsletter on Band of Brothers # 11 summarized my work with five more Iraq and Afghanistan veterans, all with PTSD, who faced their fears and not only opened their hearts but found and began to heal themselves in only eight weeks. See article ~
http://www.veteranstoday.com/2012/10/20/band-of-brothers-11-touching-the-face-of-god/

Every day at least 22 U.S. veterans attempt suicide, more than four times the national average. Of the 30,000 suicides each year in the U.S., 20 percent are committed by veterans, though veterans make up only 7.6 percent of the population. Obviously, there is a deep need for a heart centered approach to these emotionally wounded warriors and the success of my ongoing healing the wounded heart workshops prove that they are more than receptive to it.

In many ways, PTSD is really PTHD (Post Traumatic Heart Disorder) for there is no permanent healing until the heart opens through gratefulness ~ for only then does the desire for true self-healing occur.
So, in essence, PTSD is a form of Post Traumatic Heart Disorder and many people suffer the same symptoms when they have been rejected, abandoned or hurt in a love relationship.

Post-Traumatic Stress Disorder, or PTSD, is a psychiatric disorder that can occur following the experience or witnessing of life-threatening events such as military combat, natural disasters, terrorist incidents, serious accidents, or violent personal assaults like rape. People who suffer from PTSD often relive the experience through nightmares and flashbacks, have difficulty sleeping, and feel detached or estranged, and these symptoms can be severe enough and last long enough to significantly impair the person's daily life. But, I would argue, people can suffer these very same symptoms when they are seemingly separated from love.

As such, Post Traumatic Stress Disorder is actually a Heart disorder where psychic pain, fear and guilt often override their deepest joy and ability to love.

To many, suicide becomes the only choice, as Dr Gary Kohls wrote ~ It is often said that 200,000 Vietnam vets have committed suicide since they came home from the war, although, with 30% of the huge US homeless population being nameless and homeless Vietnam veterans, the precise number is unknown and actually may be larger!

In my experience as a practicing therapist ~ A person will take their own life only if they feel that the dark loveless tunnel of aloneness they exist in is their ONLY CHOICE. My role, as a therapist, is to help bring them to another life enhancing choice ~ and I maintain that cannot be accomplished without awakening their hearts through gratefulness and love. Only then will they begin to see through clearer eyes and realize that they indeed have ANOTHER CHOICE.
The previously mentioned PBS film, A Soldiers Heart, depicts a Marine Sergeant who opened fire on and killed an Iraqi civilian woman who was reaching onto her bag for a white flag as she approached their checkpoint. When he realized his mistake he broke down crying and was emotionally unable thereafter to carry out his duties. This is not an unusual incident and is a clear indication of spiritual or soul damage.
For too many combat veterans, war is a living hell they can never completely forget, as this 4 minute video of the all too common killing of innocent civilians somberly and musically depicts ~
http://www.youtube.com/watch?v=BaTqrdZ_cgQ

P.T.S.D is occurring now at an alarming rate in Iraq and Afghanistan and the military can no longer sweep it under the rug by not recognizing the validity of soul damage or loss.
There is only one logical explanation for this phenomenon and it is this ~ deepest in our hearts we have a need to love and be loved and it extends to all our brothers and sisters throughout the world. Longfellow called it the thread of all sustaining beauty that runs through all and doth all unite.

I call it a Unified Field of love and soul consciousness that exists not only beyond time and space but also deepest within us all ~ and most certainly beneath our deepest fears and pain.

When we take someone's life in combat ~ we destroy a part of our own heart in the process and we may never psychically recover from this incident on a soul level.

The same things happens when we consciously hurt someone we love or consciously withhold love from someone we love. We, in essence, are saying NO to our heart in the process and we can suffer significant psychic damage on a soul level.

But when we kill someone ~ our heart becomes hardened with guilt and it is almost impossible to accept or give love carrying this burden ~ which many of our Vietnam, Iraq and Afghanistan combat veterans now bear.

When we close our heart we enter a dark prison cell where our own bars of fear and unworthiness keep us from fully experiencing ourselves as well as others. Each of us can free ourselves from that self-imposed lock down of the heart and the magic key is gratitude ~ beginning with the people who have always been there for us and eventually ourselves.

In my work, as a therapist, with clients with PTSD or PTHD ~ I concentrate, with great success, on opening their hearts ~ initially through gratefulness to the people and friends who have been there for them and finally to giving and accepting love themselves. They eventually forgive themselves in the process of opening their hearts. This self-healing can happen rapidly as it did in the eleven Healing the Wounded Heart Band of Brothers 8 week workshops I have facilitated over the past three years ~ with over a 60% average improvement in all symptoms of PTSD and in particular the ability to love and be loved as well as a greatly increased sense of self-worth and gratefulness. See my article ~ http://www.veteranstoday.com/2013/02/12/miracle-of-heart-centered-counseling-is-self-healing/

I experienced something similar after a nine month cruise as an all-weather Navy fighter pilot on the USS Ranger in the early 1960's.

I was never in combat but I was trained to kill on command and would have fired my lethal missiles at a Chinese MIG if ordered to ~ probably without hesitation.

When I returned I had lost much of my innocence, my heart had hardened to some degree and my loved ones noted it.

Eventually my heart opened ~ but it may have been much more difficult if I had taken someone's life.

Perhaps we have reached the point in our evolution where we will begin to see all men as our brothers and realize that nonviolence must be a universal spiritual practice ~ if we are to further evolve.

Martin Luther King Jr said it best;
Nonviolence means avoiding not only external physical violence but also internal violence of the spirit . You not only refuse to shoot a man, but you refuse to hate him .

I am now increasingly concentrating on healing these wounded members of our torn society ~ so please do not hesitate to call or email me if you know of someone who not only needs this help but sincerely wants to find a heart centered choice of behavior and escape the dark prison of fear and guilt based ego consciousness where we often punish the people closest to us by withholding love.

ONLY LOVE UNITES AND HEALS