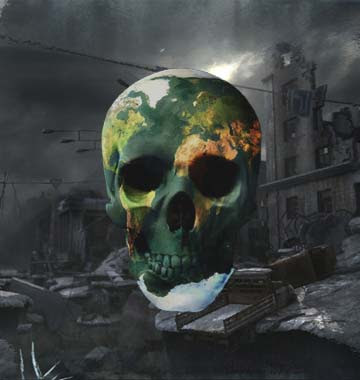 A new study in April of 2013 suggests that nuclear fallout from Fukushima in March of 2011 has led to significant elevated rates of congenital thyroid illness among infants born on the West Coast and Hawaii ~ keeping in mind that President Obama not only denied this threat but ordered the EPA to stop weekly & monthly testing for radiation in April of 2011: Allen L Roland

A creeping and never ending deadly fog of radiation, invisible to the eye but not to the immune system, continues to blanket the West Coast while its human cost is just beginning to be perceived.

The threat and ongoing cover up of the nuclear fallout of the Fukushima melt down in 2011 continues unabated and now, two years later, the human cost of this catastrophe and cover up are now being published ~ especially with infants.
For example, a peer-reviewed research paper, published in the Open Journal of Pediatrics, found increased rates of congenital hypothyroidism (CH) in West Coast babies born within nine months of the Fukushima meltdowns beginning March 11, 2011 ~  " Newborns in Alaska, California, Hawaii, Oregon and Washington showed up to 28 percent higher rates of CH than in 36 control states. If left untreated, congenital hypothyroidism can impede physical and mental development."   See report http://www.alternet.org/environment/american-babies-born-right-after-fukushima-show-elevated-rate-abnormalities

It also appears that radiation has already killed over 14,000 Americans as Thom Hartman shockingly discovered during his 7 minute video interview with Dr. Janette Sherman, M.D., Internist and Toxicologist. These are apparently the same levels of death that were found at Chernobyl and the radiation effects could easily last over 300 years.   http://www.youtube.com/watch?feature=player_embedded&v=Bdow_6pN6jY

WHAT ABOUT THE ONGOING THREAT OF FUKUSHIMA FALLOUT ?

The Washington Blog posed that same question on April 13, 2013 ~ Is Fukushima Leaking … Or Are the Reactors Wholly Uncontained?
"You may have heard that Tepco ~ the operator of the stricken Fukushima nuclear power plants ~ announced a large leak of radioactive water….. You may have heard that the cooling system in the spent fuel pools at Fukushima has failed for a second time in a month.
This is newsworthy stuff … but completely misses the big picture. Associated Press notes: " Experts suspect a continuous leak into the ocean through an underground water system, citing high levels of contamination in fish caught in waters just off the plant. (Tepco graphics of the Fukushima plants even appear to show water directly flowing from the plant to the ocean. And see this.)  In fact, Japanese experts say that Fukushima is currently releasing up to 93 billion becquerels of radioactive cesium into the ocean each day. "
How much radiation is that?
"A quick calculation shows that Chernobyl released around ten thousand times more radioactive cesium each day during the reactor fire. But the Chernobyl fire only lasted 10 days … and the Fukushima release has been ongoing for more than 2 years so far. Indeed, Fukushima has already spewed much more radioactive cesium and iodine 131 than Chernobyl. The amount of radioactive cesium released by Fukushima was some 20-30 times higher than initially admitted.
Fukushima also pumped out huge amounts of radioactive iodine 129 ~ which has a half-life of 15.7 million years. Fukushima has also dumped up to 900 trillion becquerels of radioactive strontium-90 ~ which is a powerful internal emitter which mimics calcium and collects in our bones ~ into the ocean. And the amount of radioactive fuel at Fukushima dwarfs Chernobyl … and so could keep leaking for decades, centuries or millennia."
" The bottom line is that the reactors have lost containment. There are not “some leaks” at Fukushima. “Leaks” imply that the reactor cores are safely in their containment buildings, and there is a small hole or two which need to be plugged. But scientists don’t even know where the cores of the reactors are. That’s not leaking. That’s even worse than a total meltdown."
So what are the consequences for people living outside of Fukushima itself ? They could be quite severe, indeed."   See full report: http://www.washingtonsblog.com/2013/04/is-fukushima-leaking-or-is-the-the-reactor-wholly-uncontained.html

Let's use tuna as a radiation example ~ The ocean currents head from Japan to the West Coast of the U.S.~ For example, the Telegraph notes that scientists tagged a Bluefin tuna and found that it crossed between Japan and the West Coast three times in 600 days ~ The Bluefin spawn off Japan, and many migrate across the Pacific Ocean. Tissue samples taken from 15 Bluefin caught in August, five months after the meltdowns at Fukushima Daiichi, all contained reactor byproducts cesium-134 and cesium-137 at levels that produced radiation about 3% higher than natural background sources … The bad news is that it is only going to get worse."
As Reuters points out: " Unlike some other compounds, radioactive cesium does not quickly sink to the sea bottom but remains dispersed in the water column, from the surface to the ocean floor. Fish can swim right through it, ingesting it through their gills, by taking in seawater or by eating organisms.. "
As CNN notes: " Neither (of the scientists who tested the fish) thought they were likely to find cesium at all, they said. And since the fish tested were born about a year before the disaster, “This year’s fish are going to be really interesting,” Madigan said.
“There were fish born around the time of the accident, and those are the ones showing up in California right now,” he said. “Those have been, for the most part, swimming around in those contaminated waters their whole lives.”
In other words, the 15 fish tested were only exposed to radiation for a short time. But Bluefin arriving in California now will have been exposed to the Fukushima radiation for much longer.
So what has the American government done to protect us? (According to the Washington Post)
" It has pressured the Japanese government to re-start its nuclear program, and is allowing Fukushima seafood to be sold in the U.S. And U.S. nuclear regulators actually weakened safety standards for U.S. nuclear reactors after the Fukushima disaster. And as we noted 6 months after Fukushima melted down: American and Canadian authorities have virtually stopped monitoring airborne radiation, and are not testing fish for radiation. (Indeed, the EPA reacted to Fukushima by raising “acceptable” radiation levels.)"  See report ~ http://www.washingtonsblog.com/2013/04/government-reacts-to-fukushima-radiation-crisis-by-raising-acceptable-radiation-standards-instead-of-fixing-anything.html
In other words, there is currently a concerted worldwide propaganda campaign to cover up the severity of the major nuclear fallout of Fukushima by raising acceptable levels of radiation and, in essence, saying that a little more radiation in your system is nothing to be concerned about.
The cover up regarding exposure to radiation especially applies to Japan itself. On December 20, 2012, a multi-professional symposium was held in Tokyo, and organized by Free Press Association of Japan, a non-profit organization. The symposium clearly illustrates that the issues of radioactive exposure are considered taboo on the Japanese media ~ as they most certainly are on the American main stream media. 7 minute video ~ http://www.infiniteunknown.net/2013/02/14/japanese-journalists-expose-fukushima-radiation-coverup-video/

In yet another example of growing corporate totalitarianism, we now have a worldwide conspiracy to suppress the radiation exposure of the ongoing Fukushima nuclear fallout. Led by Japan itself and reinforced by America's plutocracy ~ much like the financial crisis, the gulf oil Spill, and all other major crises ~ we continue to cover up instead of address the real human problem, human cost and human consequences of these events, and that is the very definition of corporate totalitarianism.
In that regard, what did the leader of the free world, President Obama actually have to say regarding this disaster in 2011? Short true Video (with appropriate Photoshop allowance for hypocrisy) http://www.youtube.com/watch?v=lpAqiGSp29c
Clearly, the situation regarding the Fukushima fallout is out of control ~ now that the fog of calculated deception is slowly lifting. As such, the US needs to be forced to lead the way in rallying international support for the crippled plant for it's obviously more than Japan can handle itself.  A Senate investigation would be a first step in facing the reality of Fukushima fallout as well as its ongoing threat. Please continue to circulate this petition ~  http://www.change.org/petitions/west-coast-senators-investigate-the-ongoing-danger-from-the-fukushima-nuclear-reactors

Only the united will of the people in action can block the gears of an out of control plutocracy along with the abuse of corporate totalitarianism but now, in regards to Fukushima, our very lives are at stake.