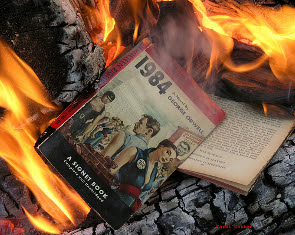 What started as a War on Terror in Afghanistan has now become the front for an Orwellian never ending War of Terror which is rapidly draining the heart, resources and spirit of America: Allen L Roland

War against a foreign country only happens when the moneyed classes think they are going to profit from it.
~ George Orwell

Wikipedia defines Perpetual war as such "Perpetual war refers to a lasting state of war with no clear ending conditions. It also describes a situation of ongoing tension that seems likely to escalate at any moment, similar to the Cold War."

The obvious goal of Obama's perpetual war on terror is economic control and manipulation which has been more than borne out by the neo-colonialism war of terror being waged by the west in Iraq, Afghanistan, Libya, Syria and eventually Iran with the obvious intent of Regime Change.
As Peter Symonds correctly points out in WSWS ~ "Afghanistan has been the testing ground for 21st Century neo-colonialism. The occupation has set the pattern for US-led operations in Iraq, Libya and now Syria, as Washington seeks to extend its economic and strategic dominance in the energy-rich regions of the Middle East and Central Asia. "
In the landmark George Orwell novel Nineteen Eighty Four, Eurasia is described as having "always been at perpetual war with Eastasia" ~ a fictional super state in Orwell's novel but far from fictional in America's current war of terror in the Middle East.

Obviously, the model for 21st century neo-colonialism is Afghanistan ~ America's current longest standing occupation and so-called 12 year war on terror. Claims that the US occupation will end in 2014 are most certainly refuted by obvious plans for an indefinite American military presence in Afghanistan.
According to the New York Times, " General John Allen, the top US commander in Afghanistan, has submitted three options to the Pentagon for the period after the supposed withdrawal of “combat troops” at the end of 2014. One is to maintain US troop levels at 6,000, another calls for 10,000 soldiers, and the third is based on a force of 20,000. As explained by unnamed defense officials, central to all three proposals is the continued presence of “Special Operations commandos who would hunt down insurgents.” Additional US forces would be used to bolster the Afghan security forces through air support, logistics and training. All of this continues to be justified on the phony pretext of the “war on terror.” In reality, over 12 years of relentless, bloody war, Afghanistan has served as a base of operations for the projection of American influence and military force throughout the region."    See WSWS article http://www.wsws.org/en/articles/2013/01/05/pers-j05.html

The object of this perpetual war, as Orwell describes, is to keep a society or 'Our Way of Life' intact ~ The war in actuality is waged by each ruling group against its own subjects, and the object of the war is not to make or prevent conquests of territory, but to keep the structure of society or the status quo intact. 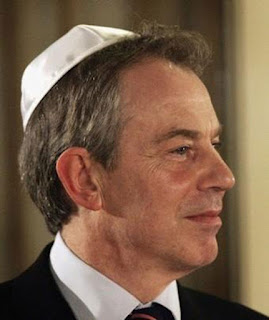 The very word 'war', therefore, has become misleading. It would probably be accurate to say that by becoming perpetual and continuous ~ war has ceased to exist.

From the book 1984 ~
" The economy of many countries was allowed to stagnate, land went out of cultivation, capital equipment was not added to, great blocks of the population were prevented from working and kept half alive by State charity. But this, too, entailed military weakness, and since the privations it inflicted were obviously unnecessary, it made opposition inevitable. The problem was how to keep the wheels of industry turning without increasing the real wealth of the world. Goods must be produced, but they must not be distributed. And in practice the only way of achieving this was by continuous warfare. "The essential act of war is destruction, not necessarily of human lives, but of the products of human labor. War is a way of shattering to pieces, or pouring into the stratosphere, or sinking in the depths of the sea, materials which might otherwise be used to make the masses too comfortable, and hence, in the long run, too intelligent. Even when weapons of war are not actually destroyed, their manufacture is still a convenient way of expending labor power without producing anything that can be consumed. A Floating Fortress, for example, has locked up in it the labor that would build several hundred cargo-ships. Ultimately it is scrapped as obsolete, never having brought any material benefit to anybody, and with further enormous labors another Floating Fortress is built. In principle the war effort is always so planned as to eat up any surplus that might exist after meeting the bare needs of the population..."

However, the American Killing machine most certainly still exists and now we have Nick Turse’s new book, Kill Anything that Moves: The Real American War in Vietnam  to confirm this obvious truth ~ "No one has ever described the American killing machine in that country the way he has; nor, as he did, tracked down Americans charged with war crimes by the U.S. military in that era, nor tramped through distant rural Vietnam to hear what it felt to be on the other side of massacres or experience the American-imposed “system of suffering” in those years. A decade in the making, it is a book that should reshape in fundamental ways how we remember the Vietnam War."

Afghanistan excerpt: "Untold numbers of Afghans have also died of everything from lack of access to medical care (there are just 2 doctors for every 10,000 Afghans) to exposure, including shocking reports of children freezing to death in refugee camps last winter and again this year.  They were among the hundreds of thousands of Afghans who have been internally displaced during the war.  Millions more live as refugees outside the country, mostly in Iran and Pakistan.  Of the women who remain in the country, up to 2 million are widows.  In addition, there are now an estimated 2 million Afghan orphans.  No wonder polling by Gallup this past summer found 96% of Afghans claiming they were either “suffering” or “struggling,” and just 4% “thriving.”
See article: http://www.tomdispatch.com/post/175635/tomgram%3A_nick_turse%2C_a_war_victim%
So there you have it, The Cheney/Bush/Obama War on Terror is a never ending war of terror and no one understood the implications of this perpetual war better than George Orwell.

"I guess every generation is doomed to fight its war...suffer the loss of the same old illusions, and learn the same old lessons on its own." ~ Phillip Caputo