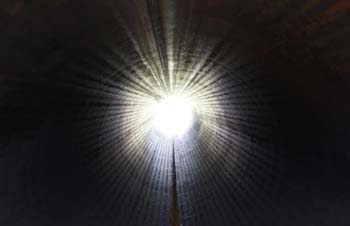 
The phenomenon associated with the near and after death experience indicates that a state of unconditional love and soul consciousness lies not only beyond death ~ but also beneath our deepest fears. Thus, death is an illusion measured by the limits and depth of our consciousness and we resist this awareness at our individual and collective peril: Allen L Roland, Ph.D.

God is Love ~ an evolutionary process with which we all participate as co-creators and this is an empowering  truth we can no longer deny.

Dr. Eban Alexander's Near Death Experience, as revealed in his recently published book Life Beyond Death says the same thing as he describes God as Love ~ " I now fully understand the meaning of unconditional love ~ and the intensity and personal nature of that deity is the divine spark within each one of us. "
Must see eight minute video :

The key to accessing and maintaining this state of love, bliss and soul consciousness is living in a state of love, gratefulness and service ~ which is apparently what Eban is doing and I most certainly am doing.

P.M.H Atwater in her book Beyond The Light: What Isn't Being Said About Near Death Experiences, describes other commonly reported feelings, similar to Dr Alexander's NDE, that seem to be inherent in these experiences; "Theirs is the thrill of being engulfed in total, overwhelming love beyond precedent, beyond description, a feeling of oneness and worth, of total freedom and acceptance. No stipulations, conditions, or criteria ~ just boundless, infinite, all-encompassing love, so forgiving, so total, so immense that nothing can contain it… they lose all fear of death, for they know it ends nothing but the physical body and its facade of personality"
Atwater also reports a typical sense of mission or purpose that lingers, like an after-effect, in those who have returned from this state of inner bliss: " What keeps us here is the knowledge that we have more to learn, a job to do or a task to perform ~ and that somehow we must get on with it….. Our sense of mission is coupled with the awareness of our integral part in a divine or greater plan ~ no matter how mundane or insignificant our parts may be."

It is my belief that the NDE is really a state of unconditional love and soul consciousness that lies not only beyond time and space but also deepest within us all ~ which I prove every day in my transformation work with my clients as well as Combat veterans with PTSD. It happens in only seven sessions because they knowingly sense that beneath their deepest pain and unworthiness is joy, intention and purpose as well as a state of soul consciousness ~ and they access it through gratefulness.

Teilhard de Chardin knew that this truth would eventually be revealed ~ that death was only a curtain hiding a point of convergence both within us and beyond us.

Teilhard's life work was the reinterpretation of Christianity in the light of evolution, but his great life dilemma was that very few people could understand the truths that were so obvious to him, and myself for that matter ~ that God is love.

Teilhard knew what lay beyond death decades before the well documented wave of near and after death experiences that have become a modern day phenomenon. He yearned for some sign or signal to be given from beyond death ~ so that others might know what he knew. In that vein, he wrote in Activation of Human Energy ~ " How comforting and 'electrifying' it would be if some signal or sign, some summons or echo, should come to us from beyond death ~ and give us positive assurance that some center of convergence really does exist ahead of us. "

It would seem that we are now receiving many signals and numerous signs that this center of convergence, in the form of peace, unity, light and love, does indeed lie beyond death.

Here's a short two minute YouTube video of a typical out of body death experience ~ http://www.youtube.com/watch?v=zZUeTJR8NPs ~ but also confirming the heart connection.

The late Dr Elizabeth Kubler Ross, the internationally respected expert on the psychiatric dimensions of dying, claimed that she had proof that " there is life after death " on the basis of hundreds of documented near-death experiences.

Dr Raymond Moody wrote in his book Life After Death about the common experiences of those who have gone through a near-death experience ~ ( along with my notes.)

A feeling of rapidly moving through a long dark tunnel.( My Note: ( passing through the ego cocoon )

Glimpsing the spirits of relatives and friends who have died ( My note: obviously, this would indicate a state of consciousness that exists beyond time and space )

The experience of a deeply loving non-judgmental spirit of brilliant light. ( My note: love and soul consciousness )

A panoramic play back of the major events of one's life with the general feeling of being asked " What have you done with your life ? " ( My Note: We are not judged but instead we judge ourselves )

Dr Moody also noted how many of these people reacted after surviving their near-death experience ~ " When I got back, " one man said, " I had this overwhelming desire to do something for other people. I was so ashamed of all the things I had done or hadn't done in my life. "

Once again, it would appear that these people have experienced a state of soul consciousness and their innate connection to the Unified Field. As such, they suddenly become aware that they have a function within this loving plan and whether or not they have fulfilled it.

Thus, It is increasingly obvious that most people are afraid of dying because they are aware of the incompleteness of their own lives.

Many years ago, George Gallup Jr surveyed a cross section of Americans ~ asking them if they'd had a near-death experience. He found that 23 million people in the United States have had a verge of death experience and of that number, 8 million have had some sort of mystical encounter with the near-death experience. The common experiences were, once again, falling rapidly through a long, dark tunnel to a place of light, oneness with all, no sense of time and space and a profound feeling of peace and being unconditionally loved.

Please also note that over 50% of Americans, including myself, have had an after-death experience ~ where they experience the presence of a loved one who has recently passed away.

It is my premise that the near death experience allows someone to momentarily pass through the dark tunnel of internal pain, aloneness, despair and apparent death ( from which the ego and ego consciousness is born ) into a state of soul consciousness and our deepest connection to the Unified Field .

As a licensed therapist, with over 35 years experience of dealing with people's deepest fears and anxieties, I can unequivocally state that the experience of surrendering to one's deep and long repressed feelings of pain, alienation, aloneness and despair is almost always initially experienced as a dark tunnel of never-ending pain which leads to death ~ and must be avoided at all costs.

Poet David Whyte calls it the Well Of Grief ~ " Those who would not slip beneath the still surface of the well of grief, turning downward through its black water to the place we cannot breath ~ will never know the source from which we drink, the secret water, cold and clear nor find in the darkness glimmering ~ the small round coins thrown by those who wished for something else. "

Note that the small round coins that David refers to in his poem is the treasure that lies beneath the well of grief ~ a treasure that can only be accessed through gratefulness.

For it is only the ego and fear that gradually die in the well of grief while joy and a true sense of self emerge from hiding like a phoenix rising from the ashes. It is no different than being pulled into a black hole in space ~ except that the black hole is within ourselves but beneath it is immense joy, intention and purpose striving to reach the surface.

The same thing happened to myself over 40 years ago when I fully surrendered to my own well of grief and tumbled through a rabbit hole into my own singularity and a state of love and soul consciousness ~ wherein my life became inner directed, versus outer directed, and my heart became my guide from a place of service.

Elizabeth Kubler Ross was correct when she wrote ~ " Death may be viewed as the curtain between the existence we are conscious of and one that is hidden from us until we raise the curtain ."

My own mother is proof of this statement for she suddenly and unexpectedly died in 1987 a few months after reading my paper on the Unified Field. But she appeared to me at the moment of her death, some 3000 miles away, sitting on my bed and lovingly saying these words to me ~ " Allen , I Know, Allen I Know .. "

That was my after-death experience with my mother but it really was a gift from my mother telling me that she now fully understood what I had courageously shared with her and the world.

What then is the meaning of this human journey that seemingly begins with birth, moves through life and seemingly ends in death ? Why wait for the final curtain to fall in order to understand who we are and why we are here ?

We can raise that curtain now by fully surrendering to love, pass through our deepest fears and pain, and enter into a grateful state of soul consciousness ~ the "electrifying sign" at our core which always summons and beckons to us.

Thus, death is an illusion measured by the limits and depth of our consciousness and only love can and will reveal this truth ~ and we resist this truth at our individual and collective peril.

We are put on Earth a little space to bear the beams of love: William Blake

Allen L Roland is a practicing psychotherapist, author and lecturer who also shares a daily political and social commentary on his weblog and website allenroland.com He also guest hosts a monthly national radio show TRUTHTALK on www.conscioustalk.net
Posted by Allen L Roland, Ph.D at 7:54 AM