LOVE NOTE TO MY TWIN 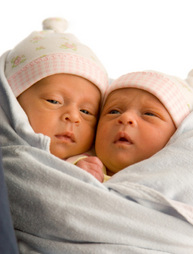 My twin brother Bobby and I literally grew up surrounded by the Ocean on the tiny Peninsula of Nahant, Massachusetts. Bobby is now in a nursing home in Nahant suffering from stage 4 Parkinsons disease ~ probably accelerated by many concussions while playing college football. From his window at the Jesmond nursing home, where he now lives, he can see the Thompson Club ( now Nahant Club ) where we played together for many years as young children and also right across the street from where we lived on Nahant Road. This is a love note to my twin as he looks out that window: Allen L Roland

As you look out your window at the old Thompson Club, you may not remember the glorious summer days we spent as children playing baseball, football and even tennis together but I will help you ~ for I remember virtually everything about our closeness and the fun we had together as twins, before events forced us to go on separate paths in our late teens.

It was so special to wake up every morning with my best friend and playmate ~ we were the Hardy Boys, my favorite book series, embarking on new daily adventures and using the whole peninsula as our playground. The Thompson club was our sports arena and depending on the season ~ it became Fenway Park or any sports stadium we invented in our active and exuberant imaginations.

The barn in our backyard became the set piece for all the movies we watched and acted out as well as the radio shows we listened to ~ The Shadow, Jack Armstrong, The green Hornet, the Adventures of Sam Spade , the Lone Ranger and of course, the Inner Sanctum and Lights Out.

Once again, in many ways, we WERE the Hardy Boys ~ "The Hardy Boys are constantly involved in adventure and action. Despite frequent danger, the boys never lose their nerve ..."  They are hardy boys, luckier and more clever than anyone around them." They live in an atmosphere of mystery and intrigue: "Never were so many assorted felonies committed in a simple American small town. Murder, drug peddling, race horse kidnapping, diamond smuggling, medical malpractice, big-time auto theft, even (in the 1940s) the hijacking of strategic materials and espionage, all were conducted with Nahant (Bayport) as a nucleus." With so much in common, the boys are so little differentiated that one commentator facetiously describes them thus: "The boys' characters basically broke down this way ~ Frank (Allen)  was the thinker while Joe ( Bobby ) was more impulsive, and perhaps a little more athletic." The two boys are infallibly on good terms with each other and never engage in sibling rivalry."  Wikipedia / Hardy Boys

Those were fun childhood times in Nahant and I vividly remember the hurricanes that swept over that Peninsula as we watched from our top floor bedroom perch on 287 Nahant Road ~ two houses down from the Jesmond Home where you now reside.

You were my constant companion and sharer of joy and we were indelibly connected together through our shared nine month journey to this planet and obvious deep loving twin connection.

Since I am the first born twin, two minutes before you, it is my responsibility to prepare you for the final transition by sharing that God (a loving plan in action) only reveals itself to a grateful heart and that alone will prepare you for your final passage.

My heart is most definitely grateful that you were my loving twin and companion for so many years and I will most certainly be with you in your final moments and most definitely when you pass through the event horizon of physical death.

Right now, you may feel increasingly alone since it's so difficult to speak and move ~ but you are being well taken care of and are most certainly loved by your immediately family as well as brothers and sisters.

But be aware that I am already holding your hand, as I did as a young enfant, and as you look out that window at the Thompson Club you will see me beckoning to you, with a baseball bat on my shoulder, telling you to hurry up before the summer rain squall starts and you will smile knowingly and be grateful, as I am, that you are indeed blessed to be a twin.

With my deepest love and joy
Allen

Allen L Roland is a practicing psychotherapist, author and lecturer who also shares a daily political and social commentary on his weblog and website allenroland.com He also guest hosts a monthly national radio show TRUTHTALK on www.conscioustalk.net
Posted by Allen L Roland, Ph.D at 1:04 PM