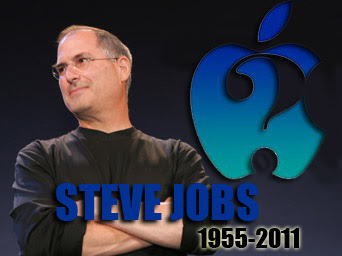 Steve Jobs commencement address at Stanford University in 2005 could well have been his epitaph six years before his untimely death at 56 years old. His message was simple but profound for in 15 minutes he connected the dots of his humble beginnings as an orphaned child through his extraordinary success and failures of his adult years to his final confrontation with death, but always his message was clear ~ Stay hungry, Stay foolish and Follow your heart: Allen L Roland

I strongly identify with Jack London’s epitaph ~ “I would rather be a blazing comet, every atom of me in magnificent glow, than a sleepy and permanent planet. I shall not waste my days trying to prolong them ~ the proper purpose of man is to live, not exist ~ I shall use my time.”

Steve Jobs used his brief time well and, in the process, made a profound difference on this small planet. He wasn’t afraid to take risks or experience failure ~ and he had the courage to create his vision and live his dreams.

There were no subsidies, no sweetheart deals, no friends in Washington, no bailouts.

Steve was just a hard working, gutsy guy with a vision and high standards who made life better for all of us. Consumers wanted simple, easy-to-use devices, not extravagant features or killer specs ~ and Steve Jobs set the standard for simplicity and excellence with Apple.

You can glimpse this simple and intentioned man beneath the legend when you watch his 15 minute commencement address at Stanford University in 2005 ~ Video http://www.realecontv.com/page/5225.html

Jobs simple rules ~ Stay hungry, stay foolish and follow your heart ~ but, above all, don’t be controlled by fear.

For example ~ In 1976, at age 21, he and Steve Wozniak formed their own company and called it Apple Computer Company ~ in memory of a happy summer Jobs had spent picking apples. They raised $1,300 in start up money by selling Job’s micro bus and Wozniak's calculator and the rest is history.

As Dean Baker writes in Common Dreams ~ “Steve Jobs is the symbol of capitalism when it works. Again and again he broke through barriers, creating new products that qualitatively altered the market by making vast improvements over the competition. Apple made personal computers a standard household product by developing a simple user friendly idiot-proof system that anyone could use” http://www.commondreams.org/view/2011/10/06-4?nocache=1

Amen! In many ways, Steve Jobs was always that excited, foolish and fearless young man in the garage building his first computer, living his dream and then sharing it with the world.

And indeed that’s what a fulfilled life is all about ~ as I well know. For, in many ways, I am a four year old child, filled with love and joy, leaning out that window in Newtonville, Massachusetts and seeing that I was connected to everything I saw. I was in a state of soul consciousness, which exits beyond time and space, and my dream was to live and share this Unified Field with the world, and from that same place of joy and celebration.