You Are My Mother, Earth


YOU ARE MY MOTHER, EARTH 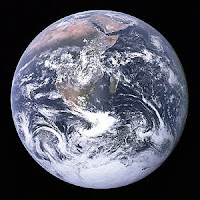 "The sheer beauty of it just brought tears to my eyes. If people can see Earth from up here, see it without those borders, see it without any differences in race or religion, they would have a completely different perspective. Because when you see it from that angle, you cannot think of your home or your country. All you can see is one Earth ." Anousheh Ansari, Iranian-American space tourist, describing planet Earth from space.

Only those who have slipped the surly bonds of Earth and trod the untrespassed sanctity of space can fully experience the miracle of our Earth's fragile, precarious and fortunate existence. It is truly our mother ~ all nourishing and nurturing with love to spare if we will but surrender to it.

I have briefly sensed it as a high altitude Navy fighter pilot from 60,000 feet, skating on the edge of space in my silver Interceptor jet, and was always deeply moved ~ but only an astronaut has truly seen the small blue marble that is our home and their words have been recorded here as we celebrate another Earth day in 2010 ~ along with a special original song ( You Are My Mother, Earth ) written by Scott Deturk and sung by myself.

Stephen McGinty ( Scotsman ) wrote of Earth's luminous and fragile existence in space in 2007 and how fortunate we were to be living on this " Blue Marble " ~ by using the words of the astronauts themselves.

" It is called the "Blue Marble." The image of Earth, reduced to a child's toy suspended in the blackness of space. It was Christmas Eve in 1968 when the people of the world first caught a glimpse of their small place in the universe. Apollo 8 had entered lunar orbit and that evening the three astronauts featured in a live television broadcast showing images of our blue planet.

Stuck for words to describe a spectacle never before seen, they reached for the Bible and each man read a passage from Genesis. Frank Borman, the Apollo 8 commander, ended with: "And God called the land Earth; and the gathering together of the waters called the Seas: and God saw that it was good."

The population of Earth, meanwhile, saw that it was not only good, but fragile. Jim Lovell, the command module pilot, said during the original broadcast: "The vast loneliness is awe-inspiring, and it makes you realize just what you have back there on Earth."

Those first images of Earth also helped to inspire our current environmental movement and led to Earth Day, which will be celebrated this month by 500 million people across 175 countries. Founded by Gaylord Nelson, a senator from Wisconsin, as a means of drawing attention to the plight of the planet, it was first held on April 22,1970. What began with a series of national demonstrations across the U.S. has since rippled out across the globe.

Today, the movement's message ~ to highlight concerns over pollution of the soil, air, and water ~ has reached as far as China, whose leaders have urged local government to devise events.

Last year, to reflect the inspiration behind those original images of our Earth, astronauts were asked to share their reflections on a view from the heavens.

"I see the deep black of space and this just brilliantly gorgeous blue and white arc of the Earth and totally unconsciously, not at all able to help myself, I said, ' Wow, look at that.'" Kathy Sullivan, first American woman to spacewalk, recalling what she said when she saw Earth in 1984.

"Up in space when you see a sunset or sunrise, the light is coming to you from the sun through that little shell of the Earth's atmosphere and back out to the spacecraft you're in. The atmosphere acts like a prism. So for a short period of time you see not only the reds, oranges and yellows, the luminous quality like you see on Earth, but you see the whole spectrum red-orange-yellow-blue-green-indigo-violet... You come back impressed, once you've been up there, with how thin our little atmosphere is that supports all life here on Earth. So if we foul it up, there's no coming back from something like that." John Glenn, first American to orbit the Earth (1962) and former U.S. Senator.

"It was the only color we could see in the universe. We're living on a tiny little dust mote in left field on a rather insignificant galaxy. And basically this is it for humans. It strikes me that it's a shame that we're squabbling over oil and borders." Bill Anders, Apollo 8, whose photos of Earth became famous.

"Earth has gone through great transitions and volcanic impacts and all sorts of traumatic things. But it has survived . . . I'm not referring to human conflicts. I'm referring to the physical appearance of the Earth at a great distance. That it generally is mostly very peaceful [when] looked at from a distance." Buzz Aldrin, second man to walk on the Moon.

"It's hard to appreciate the Earth when you're down right upon it because it's so huge. It gives you in an instant, just at a position 240,000 miles away from it, [an idea of] how insignificant we are, how fragile we are, and how fortunate we are to have a body that will allow us to enjoy the sky and the trees and the water . . . It's something that many people take for granted when they're born and they grow up within the environment. But they don't realize what they have. And I didn't till I left it." Jim Lovell, Apollo 8 and 13.

"From up there, it looks finite and it looks fragile and it really looks like just a tiny little place on which we live in a vast expanse of space. It gave me the feeling of really wanting us all to take care of the Earth. I got more of a sense of Earth as home, a place where we live. And of course you want to take care of your home. You want it clean. You want it safe." --Winston Scott, two-time shuttle astronaut who wrote a book, *Reflections From Earth Orbit*.

"You change because you see your life differently than when you live on the surface everyday. We are so involved in our own little lives and our own little concerns and problems. I don't think the average person realizes the global environment that we really live in. I certainly am more aware of how fragile our Earth is, and, frankly, I think that I care more about our Earth because of the experiences I've had traveling in space." -Eileen Collins, first female space shuttle commander.

"I think you can't go to space and not be changed, in many ways . . .All of the teachings of the Bible that talk about the creator and his creation take on new meaning when you can view the details of the Earth from that perspective. So it didn't change my faith per se, the content of it, but it just enhanced it, it made it even more real." Jeff Williams, spent six months on the space station and set a record for most Earth photos taken.

In celebration of Earth Day 2010, here's a song I recorded with Scott Deturk and Mel Martin in early 2002 which celebrates our eternal Mother Earth. Click on and enjoy ~
You are My Mother, Earth
Allen L Roland
http://allenlrolandsweblog.blogspot.com/2010/04/you-are-my-mother-earth.html