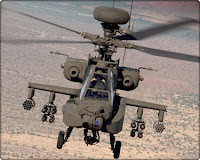 53 cents of every dollar we pay in income taxes goes to military spending and the Military Industrial Complex such as Boeing ~ which gets 51% of its total revenue from military contracts for killing machines: Allen L Roland

The irrepressible Mark Morford, SFGate.com, precisely sums up my feelings about our out-of-control Military Industrial Complex and rabid War Machine ~ " We have the largest, most bloated war machine in the world. We sell more guns, tanks, jets and warheads to more dictators, regimes and drug cartels than anyone on the planet. Are your local schools crumbling? Public hospitals failing? Entire state dumber than Glenn Beck's fact checker? Blame the military, at least in part, for sucking down about $1.6 trillion every year."

Jason Ditz writes on April 14th on antiwar.com ~ " From Dow Chemical’s manufacture of Agent Orange during the Vietnam War to the Cyclone Power Technologies man-eating battle droids of today, military contractors have inevitably faced questions about the ethical use of their products in decidedly unethical conflicts. Thanks to last week’s Wikileaks video release, it is now Boeing’s turn under the microscope."
One of Boeing's products, the AH-64 Apache attack helicopter, was front and center in the Wikileaks video, as the helicopters mowed down some 12 civilians, two of them reporters for Reuters.
Boeing's arrogant advertisements of their killing machines have deservedly left them open to parody and here's a great one. Click on ~ 2 minute video
http://www.youtube.com/watch?v=U1M7xpRV5cc&feature=player_embedded

Stop funding these illegal occupations and the parasitic Military Industrial complex which profits from them.