TAKING A STAND FOR A GREAT TRUTH 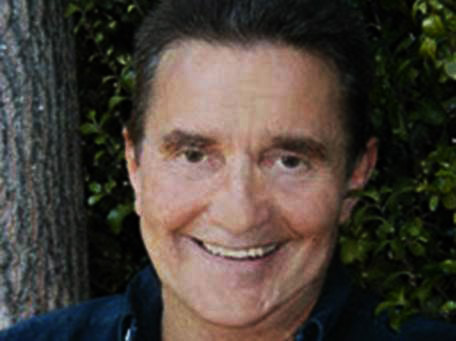 As our civil liberties slowly erode with a corporate state under control of the Military/Industrial complex and global elite ~ that want war ~ there will come a time when we all must take a stand for some great principle, some great issue, some great cause or some great truth ~ The Unified Field is my great truth for which I take this peaceful stand: Allen L Roland, PhD

"Love alone is capable of uniting living beings in such a way as to complete and fulfill them for it alone takes them and joins them to what is deepest within themselves"  Teilhard de Chardin, The Phenomenon of Man

I could literally feel love and joy leap from my heart toward my beloved Grandfather as a young child ~ I knew and deeply felt a great truth and a few years later I knew my destiny would take me to the West Coast where I would eventually live my dreams of not only being a Navy Interceptor Carrier pilot and in the process conquering the speed of sound but eventually surpass the speed of light by surrendering to love and conquering fear in the process.

Then it was the slow process of writing my Unified Field Theory and eventually proving to myself and my clients that this Unified Field of love and soul consciousness lies not only the sole constant of the universe but also this joyous bliss lies beneath our deepest pain and fear. The lifeblood of this universal Unified field is gratitude ~ for this God of love only reveals itself to a grateful heart.

Here are the three Tenets of the Unified Field ~ all of which I have proved in my life and through my work with thousands of clients.

Finding the Unified Field was an act of surrender. Owning and proving it has been an act of courage. Initially, it was surrendering to and embracing an alone little boy within me who always knew this truth. Then it was a slow process of finding the courage to stand alone, own my truth, and speak it, regardless of the risks.

Let me make this clear - every tenet of my Unified Field is based on my own personal experience and my experience with my clients. Which is why it took eight years for me to fully prove it and which is why I no longer call it a theory.


What follows are the three basic tenets of the Unified Field.

The basic underlying force of the universe is a psychic energy field of universal love, within which gravitational and electromagnetic fields, the strong and weak forces in the atom, and all other forces of nature, including time and space, are merely conditions of state. Within this psychic realm of love, paranormal events such as clairvoyance, telepathy, precognition and near-death experiences are also conditions of state.

The principal property of this field of love is its propensity to unite, complete and fulfill all living beings within a constantly evolving loving plan.

This field of love is the absolute constant of the universe in that within it, time and space do not exist. Thus, we are instantly joined with the past, present and future of a universe which is in the process of uniting, completing and fulfilling itself.

The consciousness of the observer is the determining factor in being able to perceive the Unified Field, and the depth of one's sensory experience is what determines this consciousness.

In that regard, our most profound sensory experience is the total surrender to what is deepest within ourselves, that is, the surrender to love and a joyful state of soul consciousness - which is the awareness of an evolving loving plan and the taking of responsibility for one's function within that plan.

It would appear that the pain of not feeling loved for oneself and being seemingly separated from our original state of soul consciousness and the Unified Field is of such deep psychic proportions that, early in childhood, processes are triggered in the hypothalamus which result in a left brain imbalance and dominance as well as the denial, mistrust and forgetting of our connection to the Unified Field and the love and joy and a state of soul consciousness deepest within us.


It is from this dark tunnel of pain, aloneness, despair and apparent death that the ego and ego consciousness is born - for survival and protection purposes only. As such, death or the idea of death, is an illusion measured by the limits of our consciousness.

Think of the ego as a protective cocoon that is eventually meant to be shed. The Unified Field can be visualized as a grid of great luminosity joining all living beings within its energy field of love.

The words of Longfellow would seem appropriate in describing this all-encompassing field or grid of love ~ "The thread of all sustaining beauty that runs through all and doth all unite." 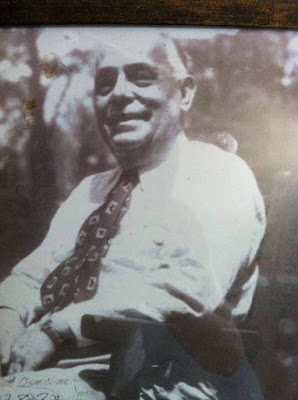 Once again, at 83 years old, my heart is brimming with love and gratitude for my late beloved Grandfather, Joseph Allen Bryant, who not only unconditionally loved me but allowed me to love him so deeply that he became part of me forever ~ as well as the inspiration for my mission of heart centered service and work.

Martin Luther King Jr asked himself that same question at 38 years old, on November 5, 1967, in a sermon at the Ebenezer Baptist Church when King obviously sensed his mission and destiny and knew there was only one answer he could live with.

"SO PRECIOUS THAT YOU WILL DIE FOR IT"


“ I say to you, this morning, that if you have never found something so dear and so precious to you that you will die for it, then you aren't fit to live.


Don't ever think that you're by yourself. Go on to jail if necessary, but you never go alone. Take a stand for that which is right, and the world may misunderstand you, and criticize you. But you never go alone, for somewhere I read that one with God is a majority. And God has a way of transforming a minority into a majority.”


The question is, dear readers ~ are you willing to stand alone and overcome fear for what is right in a world apparently gone blindly wrong ~ as we relentlessly aim toward war.

Now I fully understand what one of my great teachers, Grace Petitclerc, told me many years ago when I was initially formulating my Unified Field Theory ~"Allen, Standing alone and singing your song or sharing your truth is really belonging."

Personally, I have taken and made a stand for a great truth, for a Unified Field of love, joy and soul consciousness that exists not only beyond time and space but also deepest within each one of us ~ the driving force is a principal property of a  universal urge to unite and we all  have a part to play as a co-creator in this loving plan in action.

Like Martin Luther King Jr, I’ve seen and felt along with my clients the joy, intention and state of soul consciousness that lies both beneath our deepest fears and beyond our present state of fear based ego consciousness.

How can I ever forget a combat veteran with PTSD in Band of Brothers #1 who could not forgive his first wife ~ he finally called her and took her off the hook with love and gratitude, with my urging, and in the process claimed a lost, alone and joyful child within himself who is now in heart centered service as a combat veteran counselor.

How can I forget a combat veteran with PTSD  in Band of Brothers #5 who was consumed with anger and hatred toward his girlfriend who seemingly betrayed him, while he was on tour, when he suddenly with my guidance saw her as a loving gift in his life and burst into joy and laughter and make a shift to soul consciousness and service through gratefulness and recovered long suppressed love and self-healing.

How can I forget another combat veteran with PTSD in Band of Brothers #11 who had lost all hope for recovery when I reached across the table, took him by the hand and connected him with his late beloved grandfather and literally jump started his life into a new state of soul consciousness, self-healing and service.

And how can I forget the hundreds of clients, both civilians and veterans, who opened their hearts through gratefulness as I watched their inner light go on as they began to thrillingly see through clearer eyes.

Like Martin Luther King Jr, I have also been to the top of the Mountain, gone beyond my fears and know what lies beyond the difficult days ahead in a Trump/Bannon administration, for as King wrote ~ “We are all tied together in the single garment of destiny, caught in an inescapable network of mutuality. And whatever effects one directly effects all indirectly.”

Here is a video clip from Martin Luther King Jr’s last but incredibly moving speech before he was assassinated almost 50 years ago on April 4th, 1968  ~ 1.17 minute Video http://www.youtube.com/watch?v=o0FiCxZKuv8


It is my mentor Teilhard de Chardin, from beyond time and space ~ the Jesuit priest, paleontologist and explorer of the soul, whose life's work was the reinterpretation of Christianity in the light of evolution.


It is Teilhard, who stands impatiently at the summit of man's quest for the ultimate truth proclaiming to all that God is not only love but the most powerful and mysterious of the cosmic forces as well as the primal and universal psychic energy ~ "Love stands as the threshold of another universe."


(The Promised Land), of the inevitable consequences when this truth appears;

"Sooner or later there will be a chain reaction ~ for the truth has to appear only once, in one single mind, for it to be impossible for anything ever to prevent it from spreading universally and setting everything ablaze."

Can it really be this simple?

Yes it is ~ and this is a great truth that shall eventually set everything ablaze.


Heart centered spiritual consultant and advisor Allen L Roland can be contacted at allen@allenroland.com Allen is also a lecturer and writer who shares a weekly political and social commentary on his web log and website allenroland.com. He is also featured columnist on Veterans Today and is a featured guest on many radio and Television programs.