BACK TO THE DARK AGES WITH TRUMP ADMINISTRATION 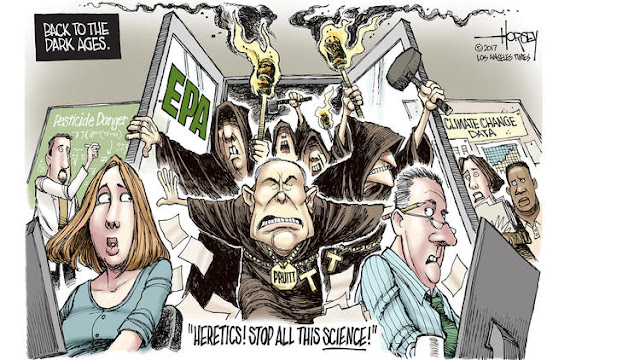 Sometimes only a LA Horsey cartoon can indicate how deep the Trump has brought us back to the Dark Ages and Scott Pruitt's relentless push against science ~ particularly as climate change relentlessly reminds us that global warming has the only winning hand in a no win poker game where our human existence is at risk: Allen L Roland, PhD

"EPA scientists who do research into the causes and effects of climate change have been put on notice much like Galileo got put on the spot by the Vatican. When Galileo proclaimed that the Earth revolves around the sun, the church demanded that he recant or be branded a heretic. Like medieval priests, Pruitt and Trump do not want to be contradicted by any scientific findings that refute their belief that climate change is a hoax. That is why Trump has also told NASA to stop collecting climate change data from orbiting satellites.": Frank Horsey, LA Times 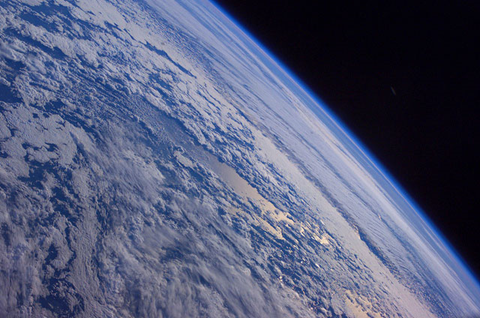 "It took 3.8 billion years to create the world we live in; we are now called upon to change course in order to keep it healthy. With enough public support we can generate the political will for governments and local communities to ensure that the 21st century becomes the most hopeful for nature and humanity." By Morgan Erickson-Davis, Mongabay | Report

This issue is a truly Bottom Up issue and a swell of global voices must be heard from the poor and working class on Main Street ~ whose lives represent the best and hopeful for humanity and humanity.

Join the Peoples global Climate Movement on Saturday, April 29th as we march to:
1. Advance solutions to the climate crisis rooted in racial, social and economic justice, and committed to protecting front-line communities and workers.
2. Protect our right to clean air, water, land, healthy communities and a world at peace.
3. Immediately stop attacks on immigrants, communities of color, indigenous and tribal people and lands and workers.
4. Ensure public funds and investments create good paying jobs that provide a family-sustaining wage and benefits and preserve workers’ rights, including the right to unionize.
5. Fund investments in our communities, people and environment to transition to a new clean and renewable energy economy that works for all, not an economy that feeds the machinery of war.
6. Protect our basic rights to a free press, protest and free speech.
7. March with us on April 29th as we come together to resist and march for our families, our communities and our planet.


The result of especially strong earnings at Exxon, where quarterly profit more than doubled to $4.01 billion in 2017, is a strong indication of our continued commitment to fossil fuels ~ at the risk of climate change. 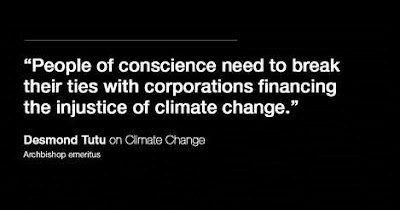