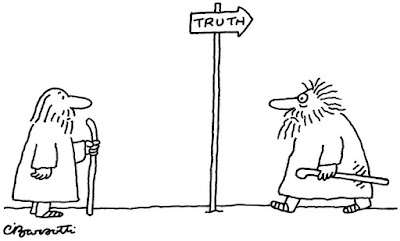 Click on image to enlarge
It will be  more of the same lies and deceptions in 2016 with the Plutocracy in full control and the truth a scarce commodity. Of course, the ultimate truth is that God is love, or a loving plan in action, and our ultimate destiny is being in sync with that loving plan from a place of gratitude and service. Maira Kalman and Rick Meyerowitz, NY Times, sketch out the 22 most likely scenarios for 2016 but #22 appears to unfortunately be a forgone conclusion and we may eventually have to resort to #16 to survive. Of course, I have a New York Times quiz for you which should generate a few knowing smiles as well as a poem of hope: Allen L Roland, PhD 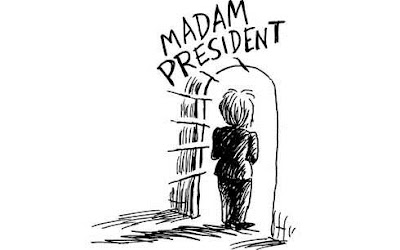 Hillary in a plutocrat pant suit ~ Hypocrisy That Knows No Bounds


"Hillary shows all the classic characteristics of a plutocratic enabler. She’s a dedicated corporatist and a devout global imperialist. She really believes that we can lead the world by achieving military victory in the Iraqi-Syrian Frontier despite all evidence to the contrary. She really believes that with proper guidance the utterly ruthless American health care industry can be made kinder and gentler."

"If you’re one of the millions of Americans who think Hillary Clinton would make a lousy president, then pat yourself on the back because she pretty much proved it yesterday. In a presentation to the Council on Foreign Relations, Clinton made it clear that if she’s elected in 2016, she’s going to drag the country straight to war.  Invoking the same imagery as her ideological twin, George W. Bush, Clinton fulminated for more than an hour and a half on Syria, war, terrorism, war, no-fly zones, war, radical jihadism, war, and “metastasizing threats”, whatever the heck those are. Oh, and did I mention war?"

"The world is once again being subjected to a Hillary Clinton campaign, with all the showmanship, pomp, hype, lies and distortions that the candidate is famous for. Her coronation seems to be a foregone conclusion, unless someone (anyone?) steps out of the shadows as then Senator Barack Obama did in 2008 and derails the speeding Hillary train".   Counterpunch/Robert Fantina ~ https://theuglytruth.wordpress.com/2015/10/16/hillary-clinton-hypocrisy-that-knows-no-bounds/ ~

Here's my favorite telling glimpse of war hawk Hillary caught between CBS TV takes commenting  jokingly on the cruel assassination of Muammar Gaddafi on October 11, 2011  ~ video ~  "We came, We saw and He died"   https://www.youtube.com/watch?v=UtH7iv4ip1U

In the same spirit of truth, honesty and good humor going into 2016 ~ here's the New York Times New Year's quiz, which should generate a few smiles.

1.   In her final statement of the last 2015 debate, Hillary Clinton concluded …


5.    Jeb Bush told CBS that he’s happy with his current standing in the presidential race, but that he “really hated” it when …


•    He was in front.
•    He had to stand next to Donald Trump at two debates.
*    People made fun of him for saying Margaret Thatcher’s picture should be on the 10-dollar bill.


The power of women and children for peace is rising,
Democracy and the Internet are spreading,
Global poverty has been cut in half –
Never have ordinary people, like you and me,
Had more power to face challenges


And to decide our own fate of Nonkilling.
We’re poised on the edge between
Our oldest fears of terror and  war
And our deepest dreams of peace.


We face a choice – to rise to this moment in time
And be the PEACE we want to see –
It all depends on us, for we peace- lovers
Are the largest global community!


War is not democratic, and we have to catch it
By its ugly ears and drown it into
The vast ocean of violent history forever.


We peace-lovers are the parents of hope
And hope is the game changer in life.
Hope is the wing on which we rise
It is the map of how and where to fly
To throw Terror and War from the top of the cliff
Into the historical stormy ocean.


Ada Aharoni is founder of The International Forum for the Literature and Culture of Peace-IFLAC. She is an Egyptian-born Israeli poet, writer, lecturer and peace researcher.


Heart centered spiritual consultant and advisor Allen L Roland can be contacted at  allen@allenroland.com Allen is also a lecturer and writer who shares a weekly political and social commentary on his web log and website allenroland.com. He is also featured columnist on Veterans Today and  guest hosts a monthly national radio show TRUTHTALK on www.conscioustalk.net