ON TURNING 82 AND OWNING A GREAT TRUTH 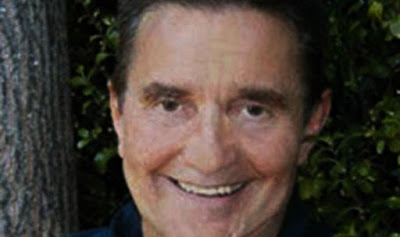 Turning 82 in good health is a major achievement in these troubled times but without a doubt my greatest achievement, as well as gift to mankind, has been to find and identify a great truth that I once profoundly felt and knew as a very young child. It was then finding the determination and courage to live and demonstrate in my work that a Unified Field of love and soul consciousness lay not only beyond time and space but also beneath our deepest fears and that its principle property is the universal urge to unite ~ which we continue to resist at our collective peril: Allen L Roland, PhD


"I would rather be a superb meteor, every atom
of me in magnificent glow, than a sleepy and permanent planet.
The function of man is to live, not to exist.
I shall not waste my days trying to prolong them.
I shall use my time." Jack London

My whole life has been a journey, a quest, to find a lost little boy within myself who once knew, and longed to share the truths that I am now sharing with you ~ a little boy who profoundly experienced at the deepest level within myself, a love and joy that indelibly connected me to all of nature ~ It was my first experience of the Unified Field .


That early childhood experience at four years old, happened while living with my beloved grandfather in Newtonville, Massachusetts with my mother and brothers. It was where I profoundly experienced that deepest within myself was a love and joy that indelibly connected me to everything around me as well as all of nature ~ it was my first conscious awareness of a  Unified Field of love and soul consciousness that exists beyond time and space.


One day while playing alone in my room I heard my favorite song on the radio ~ it was Gene Autrey's "I'm Back in the Saddle Again". My inner joy was too great to contain and I felt an incredible urge to share it ~ so I turned the radio up full volume, stood on my tiptoes, opened the window and leaned out into that gorgeous New England summer day.


Immediately, an overwhelming sense of delight seemed to lift me out of myself ~ an utterly amazing feeling of knowing and awareness rose from deep within me, a feeling of incredible joy and oneness with all things around me ~ and I totally surrendered to it.


For a few ecstatic moments, I sensed, knew, that I was not alone. This awesome joy lifted me out of myself and was somehow connected to all and everything ~ and I was part of it.

At four years old, I knew ~ for a few moments ~ that I was a beloved and essential part of a loving universe ~ I was in the Unified Field of love and soul consciousness.

Two years later, when I was suddenly taken away from my grandfather, my heart closed and I checked out. Emotionally, I stopped growing and for the next 30 years that transcendent moment of soul consciousness remained buried beneath a well of grief, a mantle of psychic pain, aloneness and despair ~ it hurt too deeply to feel anything deeply. But in the midst of that initial pain, I had a vision of the Golden Gate bridge, water and houses ~ a moment in time precognitive vision that I would eventually walk into 40 years later. See http://www.veteranstoday.com/2015/12/26/walking-into-my-precognitive-vision-of-the-golden-gate-bridge/

So my whole lifetime narrative became an unconscious Quest to find that little boy and empower him to feel that deeply again and own and share his joyful truth with the world.

In essence, the psychic pain of being seemingly separated from love is so great that emotionally we stop growing and our lives become a quest to recreate that pain in a subconscious attempt to go beneath that pain and reunite with our original state of wholeness and joy.

As such, all of our love relationships are steps on this quest until we finally embrace the grand prize ~ our authentic self and our part in a universal loving plan ~ the Unified Field .

It was Teilhard who wrote in his last unpublished work, LE CHRISTIQUE ( The promised land )

of the inevitable consequences when this truth appears ; "sooner or later there will be a chain reaction ~ for the truth has to appear only once, in one single mind, for it to be impossible for anything ever to prevent it from spreading universally and setting everything ablaze."

Thus, we are rapidly reaching the point where psychology, science and religion are all drawing closer to this great truth.

Let me use the findings of the recent Nobel Prize winning researchers , Politzer, Gross and Wilczek, to prove my point. They won the 2004 Nobel prize in physics for their studies of the "strong Force" ~ the powerful and mysterious energy that holds the nuclei of atoms together .

They explained the mystifying qualities of the strong force, which holds together the fundamental building blocks of nature, called QUARKS, to form protons and neutrons ~ two of the basic components of atoms.


Now, this is when it gets interesting.

Independently, they developed the theory and the mathematical equations to show that Quarks are held together by the strong force which, unlike any other force in the universe, gets stronger as the quarks get farther apart ~ a concept now known as "Asymptotic Freedom".

But I would now add that Asymptotic Freedom exists not only in the quantum world of the atom but also in the world of planets and galaxies. In the February 2007 issue of Scientific American, Christopher Conselice writes of THE UNIVERSE'S INVISIBLE HAND ~ DARK ENERGY. His description of dark energy in space is exactly the same as how Asymptotic Freedom is described in the quantum world of the atom:

" Dark Energy does more than hurry along the expansion of the universe . It has a strangle hold on the shape and spacing of galaxies. Dark Energy, unlike matter, does not clump in some places more than others; by its very nature, it is spread smoothly everywhere. Dark energy links everything together "

Now, here is my take on these findings as applied to my Unified Field of Love and Soul Consciousness.

The strong force in the atom is also the urge to unite which is the principle property of my Unified Field. It is the same urge to unite that Einstein found when he discovered that photons ( light particles ) have a tendency to travel together versus act randomly ~ which eventually led to the discovery of the laser.

It is also the same urge to unite that Teilhard de Chardin speaks of when he wrote ~ If there were no real propensity to unite, even at a prodigiously rudimentary level, indeed, in the molecule itself ~ it would be physically impossible for love to appear higher up in the ' humanized ' or human form .

It is also the same urge to unite that loved ones feel when they are separated from each other ~ and the further apart the stronger the pull to be back together. Since I'm a twin, I can really relate to this urge to unite when I was sometimes separated from my twin in early childhood and now, since he died two years ago, he has returned to this Unified Field of love and soul consciousness and is one of my guardian angels.

Asymptotic Freedom, the quantum strong force urge to unite, aka the Unified Field, not only exists within the atom but also exists in space as Dark Energy thus uniting the quantum world of the atom with the outer physical world of gravity, planets and galaxies (the Microcosm and the Macrocosm).

This would also seemingly explain how the urge to unite would increase as the Universe continues to expand  (much like a rubber band).

As such, it is a force that is stronger than Gravity !

Thus, the one constant of the universe would no longer be light at 186,000 miles per second for even light particles (photons) are subject to this force field of love ~ this driving propensity to unite which exists not only beyond time and space but also beneath our deepest fears and within the atom itself as Asymptotic Freedom.

This would also explain why mankind is in the process of uniting while we seemingly are dividing and pulling away from each other.

And finally, on an individual level , it would explain the evolutionary power of love, altruism and social cooperation ~ and how mankind can no longer resist its innate pull and urge to unite versus fragment and separate.

It was the great Egyptian writer Mahfouz who wrote " When the heart achieves its desire, you shall transcend time and space " and the heart's desire, I would maintain, is to return to its original source of love, joy and soul consciousness ~ the Unified Field which, indeed, transcends time and space.

I first experienced this great source as a four year old child when I leaned out my window in Newtonville, Massachusetts, with my favorite song ( I'm Back in the Saddle Again ) blaring in the background, my heart filled with love and joy, and knew, for a moment in time, that I was connected to all of nature through that same deep love and delight I was feeling deepest within myself .

Thus, my whole life has been a journey to surrender to love, fully open my heart and eventually see through that child's innocent and knowing eyes again ~ and courageously share what I see as I am doing now with you .

Finally, Lincoln Barnett ( who wrote The Universe and Dr Einstein

"The great philosophical triumph of any Unified Field is implicit in the first word of its title. For it will carry to logical fulfillment the long course of science towards the unification of man's concepts of the physical world.

For from its august perspective, the entire universe would appear as one elemental field in which each atom, each flying electron, each star, each wandering comet and slow-wheeling galaxy is seen to be but a ripple or tumescence in the underlying space-time unity."

And so a profound simplicity would supplant the surface complexity of nature. Thus all man's perceptions of the world and all his abstract intuitions of reality would merge finally into one, and the deep underlying unity of the universe would be laid bare"

The deep underlying unity of the universe is a psychic energy field of love and soul consciousness the Unified Field which exists not only beyond time and space but also beneath our deepest fears and we resist its universal urge to unite at our collective peril.


And this is the truth that shall set everything ablaze!