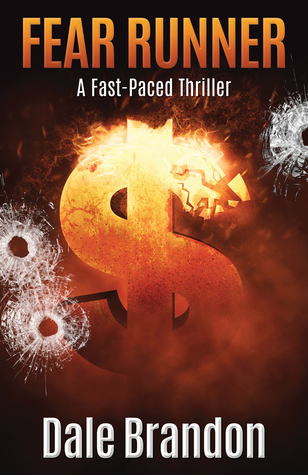 Living on the edge was a way of life for myself as a former Naval Aviator with 150 plus carrier landings and later as an investment banker who traded on Wall Street and finally a survivor of facing my deepest fears in surrendering to love ~ but former Commodity floor trader Dale Brandon's fast paced thriller Fear Runner touches all those fear bases and more in its electrifying 367 pages: Allen L Roland, PhD

“If you're not living on the edge you're taking up too much space.”  ~ Stephen Hunt


Living on the edge, means you are not rooted on the final answers, you are always open to new answers and possibilities and you most certainly trust the unknown.


Scott Quinn, commodity floor trader, was definitely living on the edge when we meet him on the floor of the Chicago Board of Trade ~ " The trading floor of the Chicago Board of Trade marked the center of Scott Quinn's world ~ a world racing toward meltdown, recent losses had already dealt his career a severe blow, but his ultimate fate depended on decisions he would make during the next fifty minutes. He hoped to survive the day, but he knew markets rarely accommodated scared money."


But not without some introspection ~ " He leaned back and stared at the wall. Deep within, in some fragile part of his psyche, he struggled with his intense fear of failing in the market. Failing as his father had nearly 20 years earlier. He felt as if he had lost several years of his life in a few days."


The frantic life of commodities floor trader Scott Quinn are depicted in the two opening paragraphs of Dale Brandon's Fear Runner but not without some further insight as Scott left his office that day with his partner ~ " They left the office, passing several colleagues returning from the trading floor. They saw a startling range of emotions on the trader's faces. Some had made huge profits, but others had suffered devastating losses. Scott marveled at the ability of the human face to reveal complex emotions so graphically. Pain, joy, agony, greed, confusion and desperation ~ and they were all there."


It's all here, in Fear Runner ~ the frantic up and down world of a commodity floor trader and Brandon has set up Scott perfectly to come to the edge and experience the unknown ~ in terms of pain, joy, agony, greed, confusion, murder but above all love, the ultimate soul based teacher ~ in this intense and suspenseful barn burner as he switches rapidly from character to character as well as crisis to crisis.


When you fall in love, you fall into a rabbit hole of soul consciousness which will test all of your courage and defenses, as it did with Scott ~ and most certainly what I have experienced ~ and Dale Brandon does an excellent job of describing the perils of that soul journey as well as the courage it takes to follow and live it.
In essence, The Fear Runner was Scott who finally conquered his fears and demons by surrendering to love ~ and found himself in the process.


"Think not that you can control the course of love, for love, if it finds you worthy, directs your course": Khalil Gibran


Fear Runner is available on eBook and Trade Paperback at both Amazon.com and Barnesandnoble.com. The eBook is $3.99. The paperback is $14.99.


Most people are not aware that you do NOT need a Kindle to read an Amazon eBook. You can download a free program from Amazon called Kindle for PC, and read it on your computer. Link below:

Heart centered spiritual consultant and advisor Allen L Roland can be contacted at  allen@allenroland.com Allen is also a lecturer and writer who shares a weekly political and social commentary on his web log and website allenroland.com. He is also featured columnist on Veterans Today and  guest hosts a monthly national radio show TRUTHTALK on www.conscioustalk.net
Posted by Allen L Roland, Ph.D at 10:11 AM