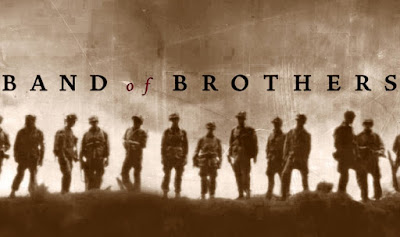 Once again six combat veterans with PTSD realize their life has really been a QUEST to re-discover the light within themselves ~ in seven weeks ~ by participating in Healing The Wounded Heart (Band of Brothers) Workshop # 16. Through the power of love and gratitude their hearts are awakened from a long slumber as they realize their military experience, regardless of their individual trauma, has been another important step of service in preparation for the ultimate service from their soaring hearts: Allen L Roland, Ph.D

“What happens when people open their hearts ~ They get better.”  ~ Haruki Murakami, Norwegian Wood 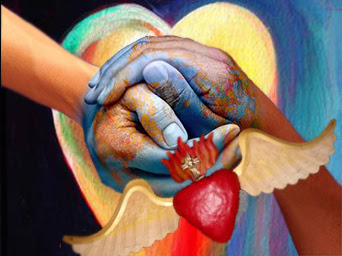 In my role as a volunteer heart centered consultant, advisor and mentor, I have recently assisted in the heart felt inner healing of six more combat veterans with PTSD who found the courage to go within and beneath their pain and anguish and found, in the process, their original innocence, joy and delight as well as a need to be in service from that very same place of love and gratitude ~ and all within seven weeks.


Make no mistake about it, the keys to the magic kingdom of the soul as well as soul retrieval is gratefulness ~ and gratefulness and eventually forgiveness ends with our self. Each one of these participants with the assistance of their adjustment counselor complete a Life chart ~ a chart which clearly shows their whole life, relationships and war experience as a Quest or journey to where they are now.


But the life chart is also an indication of the path of their heart and how every relationship, regardless of the pain, perhaps has been a gift in their life quest to reconnect with their original innocence, love and joy. For most of them, childhood emotional trauma has caused them to emotionally check out and they live in emotional darkness ~ reinforced by their military experience ~  a grey disconnected world of aloneness and fear based ego consciousness.

This is why at least 22 veterans a day commit suicide ~ for they are separated from what is deepest within themselves and there is no choice except the never ending aloneness and darkness. Many veterans, like myself, are concerned and many others are taking action ~ see this wonderful example of that service and 5 MINUTE preview of PROJECT 22 .


After tragedy struck home last year, two combat-wounded veterans set out to end a little-known
epidemic in America. Their 6,500-mile cross-country mission was to raise awareness of the high rate of suicide amongst Veterans and show their brothers and sisters-at-arms that there is hope for them. During their journey, they interviewed researchers, healthcare providers, and Veterans. Many of those they encountered had either contemplated or attempted suicide and were able to share the life-saving alternative sources of hope that they had found. Asking hard-hitting questions and opening up about their own struggles, and painfully spurred on by recent estimations that 22 veterans are taking their own lives every single day, Daniel and Doc will stop at nothing to reach tomorrow’s twenty-two.


After the life charts have been completed with their adjustment counselor ~ I am brought in, as a former active duty veteran as well as a fully vetted volunteer advisor and heart centered consultant ~  to help these veterans connect the heart dots of their life charts. They then begin to actually see their whole life as an inner QUEST to find their lost soul as well as see how each love relationship has played its role in accelerating that quest to not only find themselves ~  but to also live and speak their inner truth.


From our very first session, they begin the process of thanking the people who have been there in their lives and as they do ~ like flowers, their buried or numbed out hearts begin to open allowing them to see through different eyes.


They all have access to these self-healing steps in my updated Kindle Book RADICAL THERAPY, SURRENDER TO LOVE AND HEAL YOURSELF IN SEVEN  SESSIONS (not seven years). Here is the Kindle link http://www.amazon.com/Radical-Therapy-Surrender-Yourself-Sessions-ebook/dp/B00JGE5VQE


And here's a link to the YouTube sessions of the self-healing process I teach ~ Watch, in the first 20 minutes, how Marina conquers her deepest fear and demonstrates that beneath her pain and fear is boundless joy, See video  https://www.youtube.com/watch?v=r12MoNnwPKg&feature=youtu.be

In the third tenet of my PhD dissertation, The Unified Field, I describe the process by which psychic pain can over-ride joy and how most people are afraid of or mistrust their deepest joy ~ It would appear that the pain of not feeling loved for oneself and being seemingly separated from our original state of soul consciousness and the Unified Field is of such deep psychic proportions that, early in childhood, processes are triggered in the hypothalamus which result in a left brain imbalance and dominance as well as the denial, mistrust and forgetting of our connection to the Unified Field and the love and joy and a state of soul consciousness deepest within us. It is from this dark tunnel of pain, aloneness, despair and apparent death that the ego and ego consciousness is born - for survival and protection purposes only. As such, death or the idea of death, is an illusion measured by the limits of our consciousness. It is within that cocoon that the innocent and loving child awaits its turn to be seen and released from its own bondage.


Think of the ego as a protective cocoon that is eventually meant to be shed. The Unified Field can be visualized as a grid of great luminosity joining all living beings within its energy field of love. The words of Longfellow would seem appropriate in describing this all-encompassing field or grid: "The thread of all sustaining beauty that runs through all and doth all unite.


So after sharing their life charts with the group, with my assistance, and taking accountability for their life and the decisions they alone have made to perhaps run away from love and joy and hide in a cocoon of ego consciousness ~ they are ready to meet their real coach (the trapped child within) through a guided visualization. They then begin the process of listening and responding to their own inner guidance ~ but by this time they already know that deepest within them is love, direction and joy.


Here's a breakdown on where each member of Band of Brothers #16 started and what they eventually gained from these seven sessions ~ in their own words.

JH ~ "I'm tired of going through the motions in life and this group helped me realize I have another action based choice."


MG ~ " I want to reconnect with my inner child, which I've now done in this group and I'm now beginning to see through different eyes and I want to help people"

All of them have taken major steps not only in finding and healing themselves but in embracing their deepest joy, authenticity and love ~ which they shared with each other in the final session death exercise.

It is really so obvious that many of these active duty Veterans want another choice versus drugs and going through the motions in their rehabilitation. The Healing the Wounded Heart program with its emphasis on healing soul damage through gratefulness and heart centered action is a beacon of light in the seemingly impenetrable darkness of PTSD as well as the rising rate of Veterans suicide.


Perhaps now with over 100 graduates of the Band of Brothers HWH program ~ the VA will realize that the time has come to recognize that a heart centered approach to Veterans rehabilitation has an important role to play in returning our veterans to useful, intentioned and fulfilling lives.

Heart centered spiritual consultant and advisor Allen L Roland can be contacted at  allen@allenroland.com Allen is also a lecturer and writer who shares a weekly political and social commentary on his web log and website allenroland.com. He is also featured columnist on Veterans Today and  guest hosts a monthly national radio show TRUTHTALK on www.conscioustalk.net
Posted by Allen L Roland, Ph.D at 8:52 AM