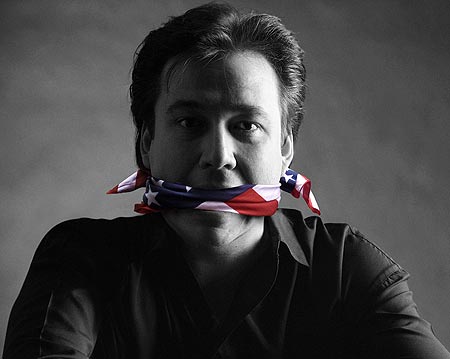 I get a kick out of being an outsider constantly. It allows me to be creative. I don't like anything in the mainstream and they don't like me: Bill Hicks

Bill Hicks.. Do you remember him?
He was a truth teller but he did it with biting humor and satire.

It's hard to forget him ~ particularly on Independence Day for he was in many ways, a true patriot.
Many consider him the best American humorist since Mark Twain.
He died too young of pancreatic cancer in 1994 but his work lives on.
Video: Three minutes
http://www.brasschecktv.com/page/4672.html

Were we smarter 20 years ago?
Hicks sure was. He had a way of throwing hard reality at you and making you laugh at the same time ~ similar to Mark Twain.

I really miss Bill Hicks. If you don't know who he was, these videos will let you know. If you knew him, I know you're clicking on these right now.

You'll be shocked at how clearly Bill Hicks saw the whole political game and how it was played ~ and that was over 20 years ago. With a few minor updates for today, he'd still be ahead of the cutting edge.

Bill also thought that most of our heroes were dead ~ and that included JFK.

" I love talking about the Kennedy assassination. The reason I do is because I'm fascinated by it. I'm fascinated that our government could lie to us so blatantly, so obviously for so long, and we do absolutely nothing about it. I think that's interesting in what is ostensibly a democracy. Sarcasm - come on in. People say "Bill, quit talking about Kennedy man. It was a long time ago, just let it go, alright? It's a long time ago, just forget it." I'm like, alright, then don't bring up Jesus to me. As long as we're talking shelf life here." Bill Hicks

And here’s what many consider the shortest and greatest political satire ever presented, regarding incoming presidents ~ Video: One minute
http://www.youtube.com/watch?v=7MRykTpw1RQ&feature=player_embedded

I left in love, in laughter, and in truth, and wherever truth, love and laughter abide, I am there in spirit : Bill Hicks