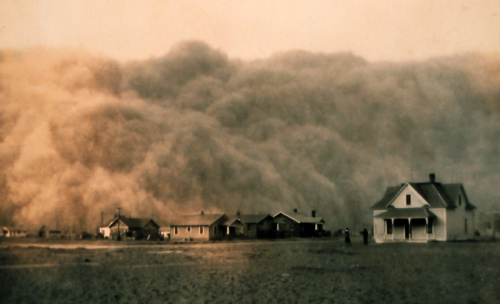 r
Let’s get this straight, the last 16 years have been the hottest ever which is entirely consistent with global warming and climate change ~ a fact that can no longer be ignored or ridiculed: Allen L Roland

We can no longer ignore the obvious link between our on going severe weather patterns and global warming climate change ~ which may very well be beyond the point of no return.

As Common Dreams reported on July 5th ~ “The Dust Bowl that struck the Plains in the 1930s as a result of heat, drought and ecologically devastating agricultural practices left highly eroded lands and hundreds of thousands of people displaced. With the ongoing extreme temperatures as well as a lack of widespread agro ecological approaches, a new dust bowl may indeed be upon us.”  See complete article ~ http://www.commondreams.org/headline/2012/07/05-3

And now scientists are ominously predicting that because of global warming rising sea levels are already unstoppable!
Common Dreams reported on July 2nd ~ “ Scientists at the New Jersey-based Climate Central, the US National Center for Atmospheric Research, and the Center for Australian Weather and Climate Research in Melbourne claim that even if the most "aggressive" efforts are made to curb atmospheric global warming, ocean levels would continue to rise even as global surface temperatures stabilize.”  See complete article ~ http://www.commondreams.org/headline/2012/07/02-1


But let’s talk about the oppressive heat ~ Even here in Sonoma Valley, California I’ve experienced over 110 degree heat at times over the past few years and believe me, it’s completely debilitating. No one is on the streets and most of us are heading for the coast and the cool breezes. I can not imagine days and weeks of the same ~ which is happening in the mid west.

Jeff Masters, director of meteorology at the Weather Underground website, told Democracy Now: "What we're seeing now is the future. We're going to be seeing a lot more weather like this, a lot more impacts like we're seeing from this series of heat waves, fires and storms”  And then, he added ~ "This is just the beginning."
So what is the largely oblivious Main Stream Media reporting?  Not much but here is Bill Nye, the science guy, explaining the recent record heat wave on MSNBC’s The Ed Show ~ 5 Minute Video http://www.youtube.com/watch?feature=player_embedded&v=_C1pJGfF8t0

But perhaps Thom Hartman nails the real culprits of global warming climate change when he wrote ~ “ Hundreds of thousands of people are still without power around the nation's capital - and left to deal with a record breaking heat wave alone. Fueled by all-time temperature highs on Friday, a massive freak storm ripped across the Mid-Atlantic Friday night - killing at least 15 people and knocking out power to more than three million. West Virginia, Maryland, Virginia, Ohio, and Washington, DC have all declared states of emergency… So here we have massive wildfires, catastrophic storms, and rising oceans ~ welcome to the new normal ~ brought to us by transnational oil barons and the politicians they own. “

Amen, Thom ~ the summer storms, heat waves and droughts have also exposed a crumbling U.S infrastructure ~ whereas we spent over 60 billion dollars in Iraq on infrastructure and electricity between 2003 -2006 while our own infrastructure has obviously crumbled.

In other words, we are destroying and rebuilding countries, like Iraq, worldwide, as our own nation crumbles and no where else is this more obvious than in our nation’s  capital ~ Washington, DC.

In a time of universal deceit ~ telling the truth is a revolutionary act: George Orwell