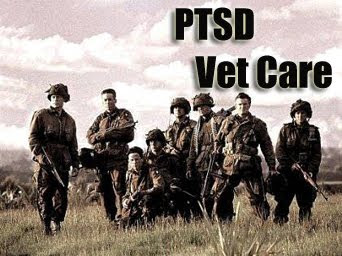 Six Vietnam combat veterans, all Pacific Islanders with major issues with racial discrimination as well as PTSD, went through their fears, opened their hearts and found not only themselves ~ but another heart felt choice of behavior and began to heal themselves in only eight weeks: Allen L Roland

Love alone is capable of uniting living beings is such a way as to complete and fulfill them for it alone takes them and joins them by what is deepest within themselves: Teilhard de Chardin

The ultimate fire fight is on the battleground of the heart for it is there that we meet our deepest fears and issues of unworthiness. Combat veterans are often bonded in combat whereas the loss of their buddies is just as traumatic as the loss of a family member. A heart centered approach to PTSD often re-opens their closed hearts and accelerates the self healing process ~ but when military racial discrimination issues added to the equation, the path to self healing is even more challenging.

Such was the case with Band of Brothers #8 ~ all Hawaiian, Pilipino, Korean, or Korean/American Vietnam Combat veterans and all with PTSD as well as deep unresolved issues of race-related trauma in Vietnam. These issues included ostracism, degradation, and abandonment from their “white” counterparts in Vietnam for “looking like the enemy”. Their deep seeded racial discrimination fears even included the fear of being shot at or killed by their fellow soldiers.

Anger and rage was a common issue for them but so was trust and forgiveness ~ and they all had issues of unworthiness. But they also had something else ~ a deep sense of connectedness to not only their culture and nature but also a rare strong sense of family values and social responsibility.

The first meeting of the Healing The Wounded Heart Veterans Workshop #8 was held on October 14, 2011 at 11 AM in Vallejo, California.

We met once a week for approximately three hours. All of them had some symptoms of PTSD and even TBI but all had the common symptom of a closed heart and the inability to love and receive love ~ mainly because of deep unworthiness issues that originally started in childhood and were reinforced through their military experience.

I told them that this was an action based heart centered transformation workshop and if they did their homework they would reach a place of not only another choice but would open their closed hearts in the process. They would also begin to see through different eyes ~ eyes unclouded by fear, anger and unworthiness. I also explained through my Cycle Of Life chart how psychic pain will override Joy to the extent that most people have no idea that beneath their deepest pain and aloneness is love, joy and connectedness ~ a Unified Field of love, joy and soul consciousness.

After each session ~ part of their homework was to read each session in my book RADICAL THERAPY / SURRENDER TO LOVE AND HEAL YOURSELF IN SEVEN SESSIONS ( NOT SEVEN YEARS ) which reinforced the previous group session. I also told them that these sessions were all about transformation and that these action based sessions could well bring up painful memories ~ but that beneath that deep pain was as even deeper thread of love, joy and innocence ~ which all of them had experienced at one time in their childhood.

Of course, that first session I shared my own heart's journey to find a lost and alone little boy within myself who not only wanted to fly, and became a Navy Fighter pilot, but also to love as deeply as I loved my beloved grandfather before I was torn away from him at six years old. They all mentioned the war and its effect and all of them briefly shared their heart's journey and by the end of three hours ~ they began to feel a sense of commonality. Their homework was to produce a life chart of the path of their individual heart's journey ~ which they would share with the group over the next two sessions. The objective of the life chart is for the participant to see their life as a quest, versus a struggle, to find their authentic innocent self and how every love relationship, including the war, has played a role in that quest.

I told them that I was their coach, not therapist, and that they had free access to me by telephone or email at any time ~ which all of them took advantage of.

The life chart is something like a crime scene where something happened and someone was lost in childhood. In essence, I help them connect the dots to help them find where they separated from their original innocent state of being, when they made the decision to be something other than themselves and how their whole life has been an inner QUEST, not a struggle, to find and fully experience their authentic self again. I also help them see how all of their love relationships, regardless of the pain that may have ensued, have been gifts on that quest as they most certainly have been in my life. Sharing their individual life charts, with my guidance, in front of the entire group not only established commonality but was a major step in coming out of their self imposed cocoons of fear as well as the important realization that it was safe and exciting to be honest, real and authentic. The life charts set the stage for the exercises and transformation that would occur later in the sessions.

I’ll let their post workshop evaluations tell the story of their eight week inner journey through fear to love, self acceptance and joy;

1. Please tell us if and how the workshop has been helpful to you?

M.L. I surrendered and never thought that was possible!

L.L. It has given me a better understanding of myself and what I did to my life and self.

F.B. It helped me release the pain, fear, anger and depression that were so much of my life.

M.N. I learned to love rather than hate.

2. What personal changes have you overcome from this workshop?

E.S. I ended my negative thinking.

M.L. I overcame fear, knowing I cannot control others and I feel better about myself ~ I love me!

A.R. My fear of rejection has gone and my fear of totally surrendering to love.

L.L. I’m less fearful, I am fully experiencing joy and I have fully opened my heart.

F.B. I have learned to love and forgive.

M.N. I can now feel being loved and to love. I found that fear is only an illusion and I learned to love myself.

This was a transformational event for all the participants or as Alex wrote ~ This is one of the best workshops I’ve ever attended ~ a Life changer!

Once they complete this workshop they are now much more inclined to participate in the other venues of the Vet Center’s heart centered approach which includes Healing Touch, Meditation and Tai Chi.

In Summary, all of them were once stuck in the grey zone of anger, pain and unworthiness as well as the trauma of racial discrimination but now a heart centered light has gone on within each one of them. As such, they can now begin to clearly see the path to their full recovery. In essence, by opening their hearts they all finally met themselves ~ which reminds me of Derek Wolcott’s wonderful poem about the significance of that auspicious and joyful reunion, Love After Love;

The time will come
when, with elation,
you will greet yourself arriving
at your own door, in your own mirror,
and each will smile at the other's welcome,
and say, sit here, Eat.

You will love again the stranger who was your self.
Give wine. Give bread. Give back your heart to itself, to the stranger who has loved you all your life ~ whom you ignored for another, who knows you by heart.

Take down the love letters from the bookshelf, the photographs, the desperate notes ~ peel your own image from the mirror.

Sit, Feast on your life

And feast on their life, they are ~ For they have all, in their own ways, gone to the edge and found themselves and each other in the process. They are now a true Band of Brothers as well as a gift to each other and movingly acknowledged that in their final session. They all survived the ultimate fire fight on the battle ground of the heart by opening their hearts, surrendering to love and defeating fear in the process.

These workshops are funded by Legion Posts, Veterans Organizations and Veterans foundations but the VA has yet to official sanction alternative health care even though General Peter Chiarelli, the Army's No. 2 officer, has acknowledged there are more effective ways to treat PTSD than just drugs ~ a fact that I have been proving for over two years with my heart centered Healing The Wounded Heart workshops for veterans with PTSD. See http://www.veteranstoday.com/2011/07/05/armys-top-brass-acknowledge-need-alternative-ptsd-vet-care/

And the biggest gift I have given them was just being my irrepressible self, not being afraid of their pain and lovingly acknowledging their individual quests to reach that same promised land within themselves. This is, without a doubt, the most powerful and rewarding work I have done in over 35 years of private practice. Seeing the light go on within combat veterans, who were taught to kill, is an unforgettable and heart warming experience.

“At times our own light goes out and is rekindled by a spark from another person. Each of us has cause to think with deep gratitude of those who have lighted the flame within us." Albert Schweitzer