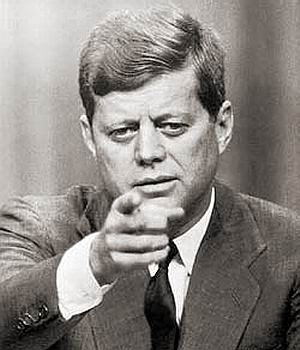 John F Kennedy still calls out from his grave for justice. The first violent overthrow or coup of the U.S. Government occurred with the assassination of JFK in Dallas, Texas on November 22, 1963. On that day, the power was passed from the choice of the people to a tin pot dictator from Texas, Lyndon B Johnson, who gave the Pentagon, the CIA, the oil industry, and the banks everything they wanted ~ and that game still continues today: Allen L Roland.

You can’t fully understand what is happening now in America until you fully understand what happened 48 years ago in Dallas, Texas ~ when the slick and well orchestrated assassination of a sitting president, John F Kennedy, was accomplished in broad daylight. The power was then handed over to the CIA, Military Industrial Complex, the Pentagon, Big Oil and the Banks and their retainer was Lyndon B Johnson ~ who later died with JFK’s blood on his hands.

James W. Douglass. (2008). JFK And The Unspeakable: Why He Died And Why It Matters. New York: Simon & Schuster. Pg. 384 – 385. This quote is an excerpt from the Afterword, written on January 6, 2010, that appears in the paperback version of the book. “At the height of the Cold War, JFK risked committing the greatest crime in human history: starting a nuclear war. Horrified by the specter of nuclear annihilation, Kennedy gradually turned away from his long-held Cold Warrior beliefs and toward a policy of lasting peace. But to the military and intelligence agencies in the United States, who were committed to winning the Cold War at any cost, Kennedy's change of heart was a direct threat to their power and influence. Once these dark "Unspeakable" forces recognized that Kennedy's interests were in direct opposition to their own, they tagged him as a dangerous traitor, plotted his assassination, and orchestrated the subsequent cover-up. Douglass takes readers into the Oval Office during the tense days of the Cuban Missile Crisis, along on the strange journey of Lee Harvey Oswald and his shadowy handlers, and to the winding road in Dallas where an ambush awaited the President's motorcade. As Douglass convincingly documents, at every step along the way these forces of the Unspeakable were present, moving people like pawns on a chessboard to promote a dangerous and deadly agenda. We’re led to believe that the United States government is a positive force in the world but this is not true. I’m not saying it couldn’t be in the future, in fact, once there is a regime change in Washington, America will become the greatest country in the world again, but as it is now, the deceitful and manipulative leaders in the CIA, the Federal Reserve, the White House, the State Department, and the Pentagon are the most destructive force in the world, and pose the greatest existential threat to human civilization, and world peace.” http://truth11.com/2010/12/29/let’s-reclaim-history-as-we-go-into-2011-and-the-unknown-future/

Amen, and on that shocking day in 1963 America initially began to lose faith in its government and that lost of faith has accelerated through every administration including the present Obama administration ~ and perhaps the third great American coup as President Obama continues to deflate the bubble of faith as a true agent of change ~ that he once used to be elected in 2008.

I remember well that day in 1963 ~ I could literally feel a lost of faith and felt demoralized, both within myself and saw it all around me, but looking back now through clearer eyes I realize that it was indeed the first great American coup. It reminds me of a quote from Adolf Hitler ~ which has most certainly been proven true.

"Demoralize the enemy from within by surprise, terror, sabotage, assassination. This is the war of the future."

Clearly, by late 1963, the decision had been made from WITHIN that:

1. "Kennedy had to be deprived of re-election."

3. "A Kennedy dynasty had to be thwarted."

It was a slick operation.

Not only did it work, it confused hundreds of millions of people, even those who didn't believe the official story ~ like me.

FACT: The US suffered a violent overthrow or coup in 1963.

The power in the US was passed from the choice of the people to a tin pot dictator from Texas who gave the Pentagon, the CIA, the oil industry, and the banks everything they wanted. You cannot fully understand the second great American coup of 9/11/01 until you fully understand the first great American coup of 11/22/63. The same forces are at work ~ the Military Industrial Complex, the CIA, the Pentagon, the Federal reserve and the State Department. Both events equally treasonous and shocking.

Here’s some truth to clear the cobwebs ~ Must see Video: The American Coup – 1963 How the power was passed on to a criminal who could be trusted.

"Men occasionally stumble over the truth, but most of them pick themselves up and hurry off as if nothing had happened." - Winston Churchill