Living On The Edge Of Poverty

LIVING ON THE EDGE OF POVERTY 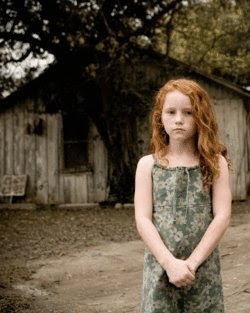 Poverty in the U.S. today has many faces. For a homeless man on the streets of Los Angeles, it means not knowing where he will spend the night or where his next meal will come from. For a child in rural Alabama, it means going without breakfast and wearing tattered hand-me-down clothes. For millions of seniors, living from one social security check to the next, it means living on the edge of poverty.

In 2009, 4 million people fell into poverty which brings the total to over 43 million. Nearly 44 million Americans ~ one in seven ~ lived last year in homes in which the income was below the poverty level ~ and it's getting worse: Allen L Roland

Living on the edge of poverty is a far to common experience, particularly for seniors . In 2010, many seniors, including myself, are fed up with an Obama administration who evidently still feels that a top-down stimulus for Wall Street will eventually reach a down and out Main Street.

Geographically, southern and rural states tended to have the most poverty, with Mississippi faring the worst with 23.1 percent of people in poverty, with New Hampshire having only 7.8 percent.

Make no mistake about it , the current creeping so called economic recovery has been articifially induced by bailout funds while, in reality, we have been experiencing a full blown depression which will become obvious to all after the mid-term elections.

25.5 percent of consumers ~ nearly 43.4 million people ~ now have a credit score of 599 or below, marking them as poor risks for lenders. It’s unlikely they will be able to get credit cards, auto loans or mortgages under the tighter lending standards banks now use, according to AP.

As Christine Vestal writes in ICH ~ " More than 15 million Americans are unemployed, homelessness has increased by 50 percent in some cities, and 38 million people are receiving food stamps, more than at any time in the program’s almost 50-year history.. According to Richard Bavier, a former analyst for the federal Office of Management and Budget, already available data about employment rates, wages and food stamp enrollment suggest that an additional 5.7 million people were officially poor in 2009. That would bring the total number of people with incomes below the federal poverty threshold to more than 45 million. The poverty rate, Bavier expects, will hit 15 percent ~ up from 13.2 percent in 2008, when the Great Recession first started to take its toll."

Living on the edge of poverty numbs the spirit and replaces hope with fear ~ for millions of Americans are either living pay check to pay check or Social Security payment to Social security payment and an accident or major illness would take them over the edge into destitution.

This is Main Street reality and what politician is concerned about this and taking action ? Very few for Big money runs this country and Obama answers to them ~ not Main Street.