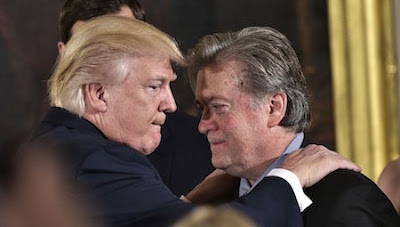 "Help me, Steve, I'm in Over My Head and Losing my Mandate "

"Democracy is the art and science of running the circus from the monkey cage."  H. L. Mencken

Stop wishful  thinking ~ we are in the midst of a right wing coup. The principle architect is Steve Bannon and Trump is his willing disciple. As I said last week, it will most certainly get worse ~ chaos is Bannon's aim and out of it will come a right wing order and the courts will attempt to give them their legal cover. It's been in the planning stage for some time and it comes as no surprise but is already resulting in massive public revolt and protest. The United States is perilously close to war with the principle target being Iran as well as the growing possibility of a false flag attack. LA Times cartoonist David Horsey fully captures the frightening reality of a mentally unstable President coming face to face with not only his crumbling credibility but his rapidly eroding base: Allen L Roland, PhD 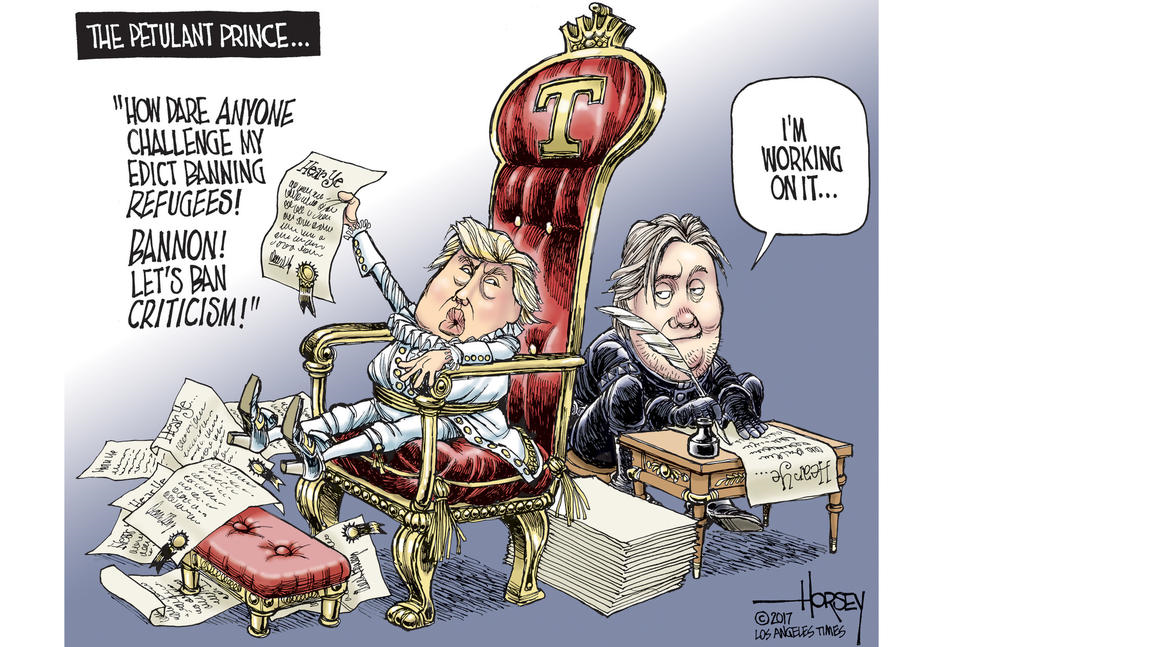 THE PETULANT PRESIDENT WITH HIS CONSIGLIERE

"On some great and glorious day the plain folks of the land will reach their heart's desire at last, and the White House will be adorned by a downright moron." H.L. Mencken

I originally posted this column in May, 2016 and posited that America had achieved the pinnacle of H.L.Mencken’s famous quote about the eventual election of a moron with the disputed election of George W Bush but that was just a rung above the growing possibility of a President Trump. Donald Trump represents the last desperate hope of an American electorate who have been seemingly left out of the political process and have lost respect for our Republic ~ so in their powerless dilemma, many have turned to a billionaire huckster who will gleefully voice their fears and concerns while creating a grade D political reality show which sadly has become American politics ~ and he is now our President and creating chaos along with his bizarre right wing inner circle. 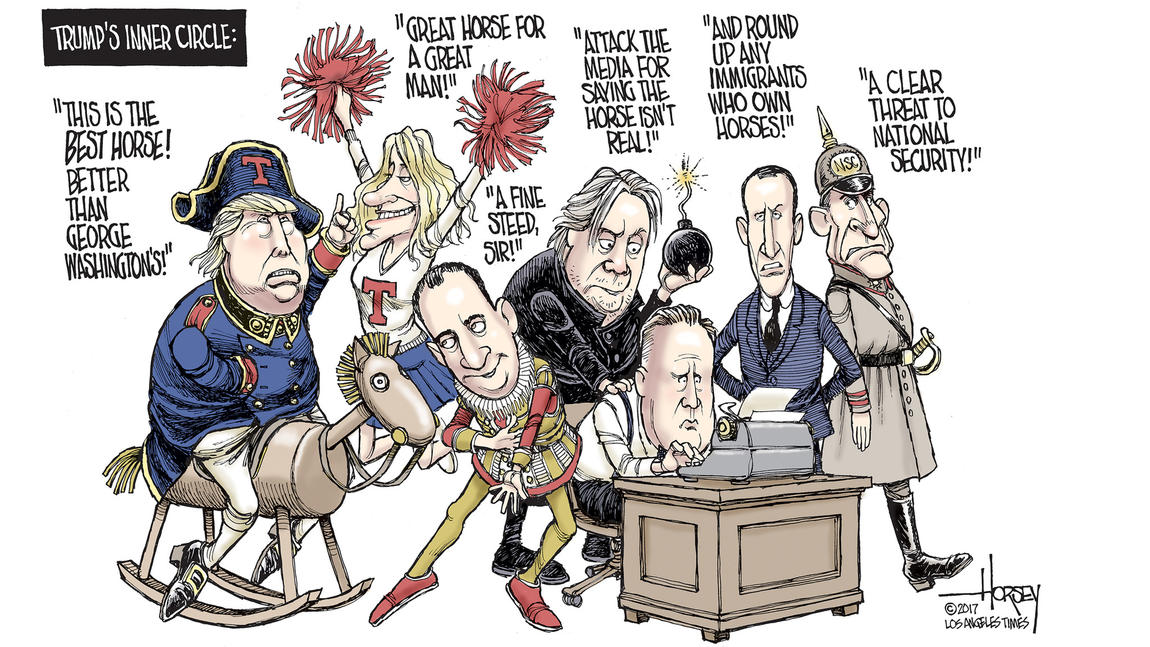 "Here is something to keep you awake at night: Your future, and the future of the world, now rests in the hands of a tiny team of zealots and opportunistic hacks in the White House who prefer to rule the country by edict and “alternative facts” while ignoring the courts, leaving Congress out of the loop, purging seasoned officials from the government and targeting the independent media. Yes, there was an election, but this feels more like a coup" ~ David Horsey, LA Times

And now, we have Trump's National Security Advisor Michael Flynn's accusation that Iran's recent ballistic missile test violated a UN resolution, which is not backed by any evidence, and Press Secretary Spicer's allegation of an Iranian attack on a U.S. ship which is also a complete fabrication - Paul Jay interviews Ben Norton


We are living in dangerous times but we are now a part of Trump's ultimate right wing reality show ~ which demands our rightfully concerned voices or we will suffer the same fate as Germany in the 1930's.

"Every man of humane convictions must decide on the protest that best suits his convictions, but we must all protest." ~ Martin Luther King, Jr.


Heart centered spiritual consultant and advisor Allen L Roland can be contacted at allen@allenroland.com Allen is also a lecturer and writer who shares a weekly political and social commentary on his web log and website allenroland.com. He is also featured columnist on Veterans Today and is a featured guest on many radio and Television programs.
Posted by Allen L Roland, Ph.D at 11:09 AM