THE KING IS DEAD BUT ARNOLD PALMER LEGEND LIVES ON 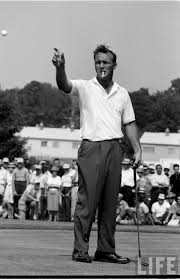 Arnold Palmer with ever present cigarette tossing ball to his caddy on practice tee.

Arnold Palmer was my hero in the 1960's for his swashbuckling style of play and willingness to take risks on the golf course endeared him to millions, including myself, who saw him as the king of the links and a man of the people. His passing on at 87 years old leaves golf with an unfillable void for he brought a country club sport to the masses with his hard charging style and friendly outgoing personality. Spurred on by his army of worshippers, including myself, Arnold's skills and gracious attitude endeared him to Presidents like Dwight Eisenhower as well as commoners and golf hackers like myself. He deeply loved the game of golf as well as his adoring and growing army and he became the stuff of legends in the process: Allen L Roland, PhD


" It didn't matter if you cut the grass or you were a president. He was the same with everyone. He was just .. he was the man."   Ernie Els, on golf legend Arnold Palmer at his recent memorial service in Latrobe, Pennsylvania. 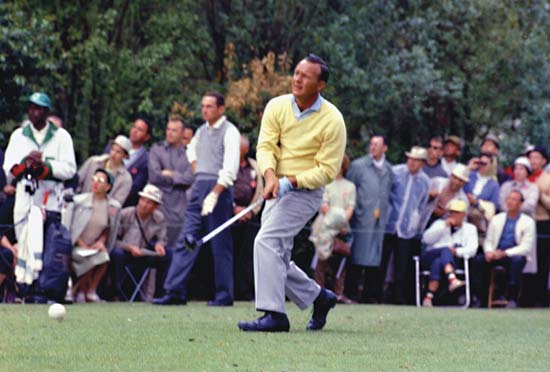 
Palmer had 62 PGA tour victories which is fifth all-time and I was a proud member of Arnie's army who not only followed him at many tournaments but patterned my swing and putting stroke on his as a 7 handicap club player. 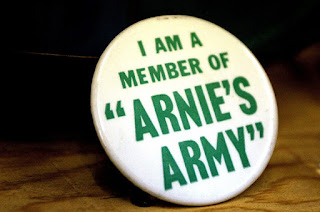 And when I marched up the 18th fairway on the final round of my own club's first flight championship ~ I hitched up my pants just like Arnie and deliberately hunched over my winning putt before I drained it just like my hero did many times ~ except I had no cigarette to drop because I didn't smoke.

But to be a member of Arnie's army was also to also suffer great anguish as I did at the 1966 US Open at the Olympic Club in San Francisco when Arnie blew a seven  stroke lead in the final round and settled for a tie on the last hole and lost to Billy Casper in the next day playoff. I was there that infamous Sunday and watched the slow collapse in disbelief. 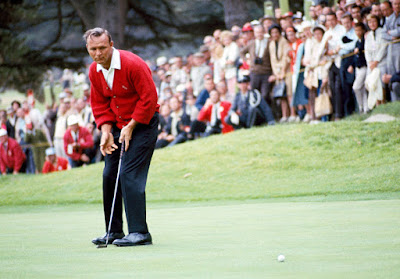 Palmer's par saving putt on 18th hole at 1966 US Open / Olympic Club, San Francisco ~ I was in that crowd behind Arnold cheering him on as his lead evaporated.

Leading by seven shots entering the final nine holes, Arnold Palmer forgot the golfer's credo of "staying in the moment" and got ahead of himself.

Slowly the lead evaporated. Still, Palmer was six up with six to play and five up with four to play.

Firing at the flag on the par-3 15th, rather than playing a safe shot, Palmer found sand and a bogey and Casper drained a birdie to cut the lead to three strokes. The momentum shifted ~ that's when that reality hit Arnie and I could see it in his tightening face.

Suddenly Palmer realized his lead was shrinking and started to press, he duck hooked his drive into the trees on the 16th, trying to cut the corner of the long par five, and lost another stroke to par while Casper maintained par and Arnold was now up only one stroke but obviously struggling.

The wheels were coming off and Arnold would bogey 17 to drop into a tie and had to drain this putt on the 18th (see above photo) to save par as well as end in a tie with Billy Casper ~ and make Palmer the author of the biggest collapse in Open history.

But his blast out of the high rough on the 18th was pure Palmer and settled fifteen feet from the cup for an easy par save ~ but the blown win opportunity weighed on him and he lost decisively to Casper the next day in a playoff.


To quote Ron Kroichick, San Francisco Chronicle, " On the golf course, Mr. Palmer was an icon not only for how often he won, but the way he did it.


He would hitch up his pants, drop a cigarette and attack the flags.


With powerful hands wrapped around the golf club, Mr. Palmer would slash at the ball with all his might, then twist that muscular neck and squint to see where it went ~ " When he hits the ball, the earth shakes," Gene Little once said."


Arnie was the real thing in a world of golf pretenders so the next time you're ordering a drink, make it an Arnold Palmer (half Lemonade and ice tea) and salute the king whose legend still lives on ~ at least in my mind. 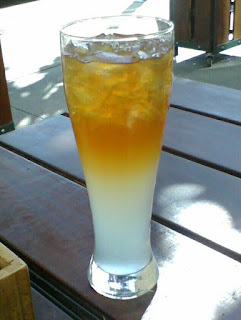 Heart centered spiritual consultant and advisor Allen L Roland can be contacted at allen@allenroland.com Allen is also a lecturer and writer who shares a weekly political and social commentary on his web log and website allenroland.com. He is also featured columnist on Veterans Today and is a featured guest on many radio and Television programs
Posted by Allen L Roland, Ph.D at 9:42 AM