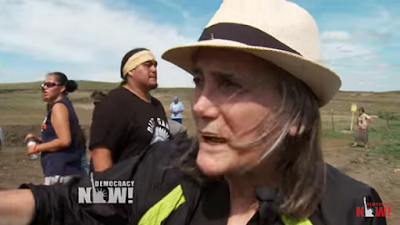 "Any time someone carries a picket sign in front of the White House, that is the First Amendment in action" ~ Julian Bond

"The media is absolutely essential to the functioning of a democracy. It's not our job to cozy up to power. We're supposed to be the check and balance on government…We have to protect all journalists, and journalists have to be allowed to do their jobs…War coverage should be more than a parade of retired generals and retired government flacks posing as reporters"  These words spoken by Amy Goodman (Democracy Now) speak to the sanctity of our First Amendment which is now under attack at the North Dakota Access Pipeline and of course Amy still continues to speak truth to power at great risk to her personal safety as well as all truth tellers and citizen journalists committed to the truth: Allen L Roland, PhD

{Congress shall make no law respecting an establishment of religion, or prohibiting the free exercise thereof; or abridging the freedom of speech, or of the press; or the right of the people peaceably to assemble, and to petition the Government for a redress of grievances} First Amendment to the United States Congress 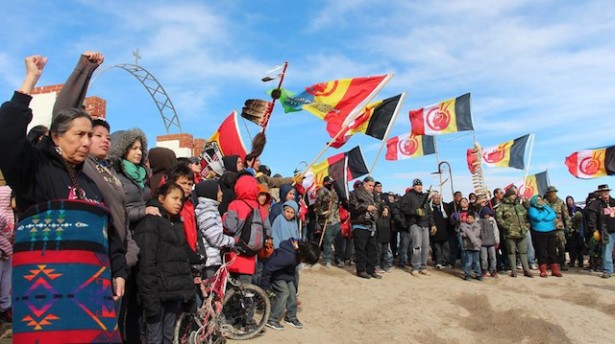 Madison Common Council Alderperson Rebecca Kemble speaks out after her arrest while working as a legal observer during the growing resistance to the Dakota Access Pipeline. What she describes is a militarized criminal justice system whose focus seems to be to intimidate and provoke even with a peaceful and lawful demonstrations.

The intent appears to be to treat innocent demonstrating participants as wild and lawless criminals which includes strip searches, food and clothing deprivation and humiliation ~ all of which has happened at Standing Rock.

In an exclusive interview, Democracy Now's Amy Goodman says she's turning herself to North Dakota authorities to defend the right of journalists everywhere to challenge power ~ and all citizen journalists, including myself, need to heed her words for the handwriting is on the wall for citizen truth tellers in our current war on terror for the first casualty of war is THE Truth.  8 minute video ~ https://youtu.be/4isZv59gmGw

Gary G. Kohls, MD , Transcend Media Service, mirrors my thoughts on this matter precisely when he wrote last week about the power of the alternative press ~
"I suspect that North Dakota’s plutocrats had no idea who or what they were dealing with. They probably hadn’t even heard about Democracy Now, since there are so few public radio stations in North Dakota and an even smaller number that host Goodman’s daily program.


…. And I suspect that that ignorance also holds true for North Dakota’s militarized police force, its National Guard troops, and ETP’s private security forces (and their vicious dogs), all of whom were embarrassingly armed to the teeth like Star Wars Stormtroopers, as they faced the small band of unarmed and nonviolent protectors


… And thus they misunderstood the soul force power wielded by the Standing Rock tribe and their supporters. The commanders of the armed forces at Standing Rock should be ashamed of themselves ~ and the elites behind the intimidation should be voted out of office this November."

"Independent media can go to where the silence is and break the sound barrier, doing what the corporate networks refuse to do." ~ Amy Goodman


ONLY THE TRUTH IS REVOLUTIONARY

Heart centered spiritual consultant and advisor Allen L Roland can be contacted at allen@allenroland.com Allen is also a lecturer and writer who shares a weekly political and social commentary on his web log and website allenroland.com. He is also featured columnist on Veterans Today and is a featured guest on many radio and Television programs.
Posted by Allen L Roland, Ph.D at 12:32 PM