IT'S IN OUR HANDS, THERE IS ANOTHER CHOICE ~ JILL STEIN FOR PRESIDENT 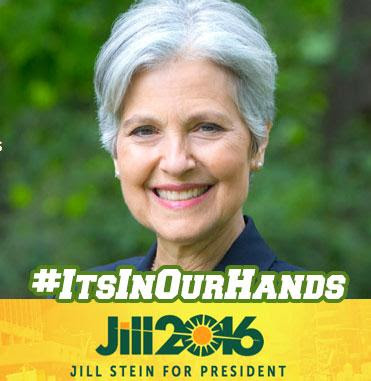 The successful Bernie Sanders populist movement was most definitely grassroots and anti-establishment and now that Bernie has submitted to the Clinton machine, which raised its ugly head at the Democratic Convention and showed its true colors, there is no one in the movement more effectively carrying the progressive anti-war message than Green Presidential candidate Jill Stein ~ whose trusted progressive voice has been consistent for years and must now be heard during the Presidential debates as it was during the Democratic Convention last week (see videos): Allen L Roland, PhD

"It is part of the general pattern of misguided policy that our country is now geared to an arms economy which was bred in an artificially induced psychosis of war hysteria and nurtured upon an incessant propaganda of fear." : General Douglas MacArthur , Speech, May 15, 1951


( see http://www.veteranstoday.com/2012/09/27/why-not-go-green-jill-stein-for-president/comment-page-1/ )  but I'm thrilled by the manner in which my fellow New Englander has picked up the battered Progressive grassroots banner and made her stand last week outside the rigged Democratic Convention as well as enlisted the alternative press to state her case for Progressive values, like Real News Today and the Young Turks (TYT), See video ~ https://www.youtube.com/watch?v=tTG67z0yUag

Virtually 60% of the electorate rightfully does not trust Hillary Clinton and Obama's statement in 2008 that " she'll say anything and change nothing" has permanently infected the Democratic base after the Democratic Primaries which leads to the question ~ can Hillary ignore her base and still defeat Trump? 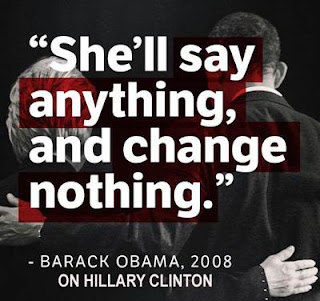 The answer is simple to Hillary ~ YES, her super donors are jumping on board and the base be dammed, as it most certainly was in Philadelphia this past week ~ but that may be wishful thinking by the Clinton lie machine which is now in damage control.

Make no mistake about this ~ the DNC is officially in damage control as confirmed by Actor and Activist Danny Glover to Paul Jay of Real News as they sped to the Convention Center for a meeting with Nina Turner who supposedly had just been told by convention officials not to nominate Bernie Sanders. See video ~ https://youtu.be/fqUhF1Jal7M

As John Ash (RSN) wrote today ~ "What does produce a big Election Day turnout? Genuine enthusiasm for the candidate, and the candidate’s message. Right now Hillary Clinton’s message is, “I’m a woman and you need to fear Trump.” There is absolutely no indication whatsoever that it’s inspiring Democratic and Progressive voters to any noteworthy degree.


When Bernie Sanders took the stage, he said what every American wanted to hear: “Enough is enough, we need to clean this mess up.”


To rise to the presidency, Hillary Clinton may have to choose between the 99% and the 1%. Right now she does not yet believe it will come to that. What will she do when it does?" http://readersupportednews.org/opinion2/277-75/38279-can-clinton-ignore-the-base-and-defeat-trump


Right now, I believe she has already chosen the 1% as her base as a proud working member of the establishment and oligarchy ~ the 99% be dammed.

The Progressive base at the gates

In response to Hillary Clinton's acceptance speech, Bill Curry, former counselor to Bill Clinton's White House, says that progressives should now focus on building an independent political movement stressing the rule of law versus military force and the need for a world peace movement ~ and I believe the only Presidential candidate offering that progressive alternative stressing the Rule of Law and Peace is Jill Stein. See thought provoking Real News video with Bill Curry ~

"Despite fifteen years of the “war on terror,” the convention’s headline speakers made no mention of the wars in Iraq, Afghanistan, Libya, Syria, the death of Libyan president Muammar Gaddafi or the White House’s drone assassination program. This silence is all the more extraordinary given the fact that the Obama administration is the first in US history that has been at war throughout two full terms in office.

The real decision-makers know, however, that in the background of the 2016 elections are escalating military tensions with Russia and China that raise the danger of world war between nuclear-armed powers.


None of the convention’s speakers saw fit to mention the fact that the Obama administration has committed to go to war with Russia if the highly unstable, right-wing governments of Latvia, Lithuania or Estonia launch a provocation against it."


See the issue of war and the Democratic National Convention / WSWS http://www.wsws.org/en/articles/2016/07/27/pers-j27.html

A telling moment during last week's speeches at the Democratic Party's convention to nominate Hillary Clinton for president of the United States was when former Secretary of War and CIA Director Leon Panetta tried to fear monger by blaming Russia for supposedly interfering in a U.S. election (by allegedly revealing how the Democratic Party had in fact rigged its primary for Hillary Clinton).


The delegates from Oregon began a chant of "No More War!" and held up signs including "End the drone wars!" California and other delegations joined in. Panetta had to stop speaking. The party bosses turned off the lights on the Oregon section, which then pulled out cell phones and turned on flashlight apps and finally glow in the dark fluorescent shirts ~ which indicates that strong anti-war feelings of Americans are being played out beneath the surface of our stage managed conventions as well as how our political performance leaders are obviously ignoring that choice.

It's the 900 pound anti-war elephant in the room, that the candidates ignore, (both Clinton and Trump are pro-war nominees) but Jill Stein still proudly reminds Americans of a still existing progressive anti-war choice ~ and here is the evidence that her message is gaining traction. 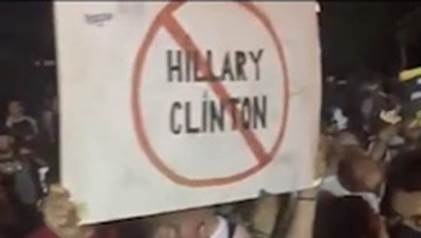 "JILL NOT HILL"  MOVEMENT BREAKS OUT AT DNC


" Everything about the final portion of the Democratic National Convention rang false. With Bill Clinton mugging and stage-acting in the audience, daughter Chelsea Clinton introduced her mother, as though this sordid dynasty represented something significant in American political history. The Clintons are primarily notorious for their corruption and venality. The couple accumulated $230 million from 2001 to 2014 through their relations, above all, with Wall Street financial firms and giant corporations.


There was an obvious effort under way Thursday evening to humanize and “soften” Hillary Clinton. Her miserable poll numbers ~ a 38.4 percent favorable rating and 55.6 percent unfavorable ~ are only slightly higher than Donald Trump’s. These are two widely disliked and distrusted candidates, perceived by millions of people to be representatives of a wealthy elite or the oligarchy.

Chelsea Clinton described her mother in glowing terms, as “wonderful, thoughtful, hilarious.” One wondered who she could be talking about. The degree of exaggeration only made the comments absurd. The banalization of American politics has reached a new level. Even some of the crowd at the convention looked embarrassed."    See Walsh Article http://www.wsws.org/en/articles/2016/07/29/clin-j29.html 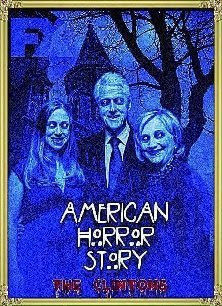 The Clinton's are a true American Horror story and their last season has finally begun ~ hopefully it will be terminated or (like the Sopranos) fade to black but in this case will much more likely end with World War III.


"Whenever you find you are on the side of the majority, it is time to pause and reflect."  ~  Mark Twain

Heart centered spiritual consultant and advisor Allen L Roland can be contacted at allen@allenroland.com Allen is also a lecturer and writer who shares a weekly political and social commentary on his web log and website allenroland.com. He is also featured columnist on Veterans Today and is a featured guest on many radio and Television programs
Posted by Allen L Roland, Ph.D at 10:37 AM