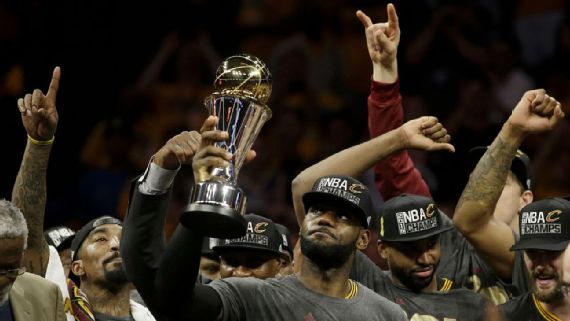 NBA king James and his court


It was high drama and a war of wills but a determined LeBron James was not to be denied. It was his heart stopping chase down block of Andre Iguodala's sure thing lay up in the last two minutes, Curry's inconsistency and unnecessary errant behind the back pass to Clay Thompson and Kyrie Irving's step back in your face three pointer in the last 30 seconds that not only brought a championship to champion starved Cleveland, Ohio ~ but also insured series MVP LeBron James his rightful place as the undisputed NBA King: Allen L Roland, PhD


“Strong-willed heart, always makes me feel so touched.
It reminds me about some 'fall and rise again' in my life.”
~ Toba Beta, My Ancestor Was an Ancient Astronaut


"He shot just 9-for-24 in the biggest game of his life, but his all-around genius carried the Cavaliers on both ends. There has never been a force quite like him in basketball: double figures again in rebounds and assists; the ability to switch across all five positions on defense; and the nastiest rim protection ever from a wing player. His chase-down block of Andre Iguodala that preserved an 89-89 tie with 1:51 left will go down as one of the grandest defensive plays.

"That is the greatest play I've ever seen," Cavs assistant coach Jim Boylan said after the game.

The moment so overwhelmed Boylan that even as the Cavs streaked back the other way, he turned to the coaches sitting beside him and declared LeBron's block the best play he had witnessed on any level." 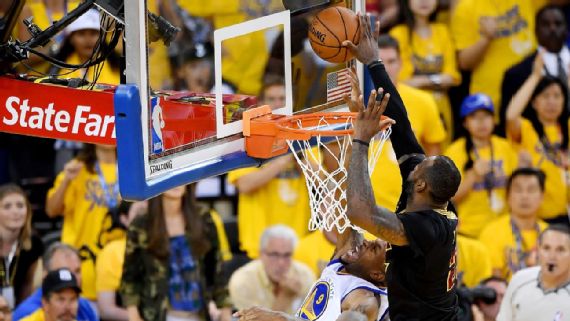 LeBron James soared in the air to preserve a stalemate in the waning moments of Game 7, stalling the Warriors long enough to claim a Cavaliers title. Thearon W. Henderson/Getty Images 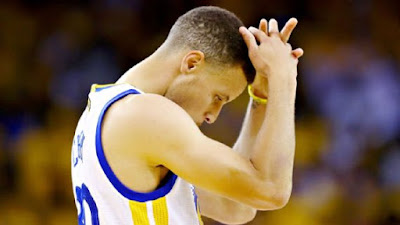 Of what he might take from Golden State's collapse, a process that ended with the Warriors unable to make a field goal in the final 4:30 minutes of Game 7, Stephen Curry said, "I won't watch the film of the game because it'll bring up too many bad memories. ... But understanding how I can control the game better and whether or not I'll be in that position again, I know I'll be better."

Curry was rightfully humbled by his team's collapse in the last four minutes and his missed shots played a role ~ but King James block of Andre Iguodala's shot in the last 2 minutes was a resounding message that this was King James night ~ and he was not going to be denied.

Single minded sacrifice, intention and purpose are the qualities of true heroes, both spiritually and athletically, and eventually can become the stuff of legends.


Heart centered spiritual consultant and advisor Allen L Roland can be contacted at allen@allenroland.com Allen is also a lecturer and writer who shares a weekly political and social commentary on his web log and website allenroland.com. He is also featured columnist on Veterans Today and is a featured guest on many radio and Television programs
Posted by Allen L Roland, Ph.D at 11:57 AM