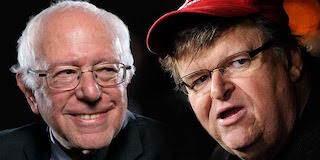 I'm standing with Michael Moore for Bernie Sanders because he is the only candidate who is running for all of us, he's authentic and real and he is beholden to no corporate interests but most importantly I trust Bernie and his message ~ which is something I cannot say about any other Presidential candidate: Allen L Roland, PhD

Want to experience the Real Bernie Sanders ~ watch this brief informal street interview when Bernie Sanders spoke with RT’s Ed Schultz, on the eve of the Iowa election; about how he became a serious contender for the Democratic presidential nomination, after being 40 points behind in the polls ~ and also about how his “terribly radical” ideas reflect the will of the American people. A true revolution is brewing and it gained momentum in Iowa.

But also watch the unguarded moment just before the end of the interview when they were interrupted by another interviewer and Bernie gruffly said "how rude, can't you see we're talking" ~ and that unguarded moment caught the real and not politically correct Bernie and explains his growing appeal to the politically disenfranchised electorate ~ he doesn't suffer fools lightly.
https://www.youtube.com/watch?v=U3Q5U65JfiY&feature=player_embedded 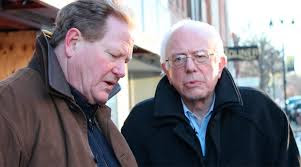 Michael Moore, another truth teller, wrote an excellent article on why he is endorsing Bernie sanders and included this wonderful graph which summarizes the differences between Sanders and the establishment candidate, Hillary Clinton. See article ~ but remember, true to form, Hillary changed her mind about supporting TTP when she recently read the populist handwriting on the wall.
http://readersupportednews.org/opinion2/277-75/34936-my-endorsement-of-bernie-sanders 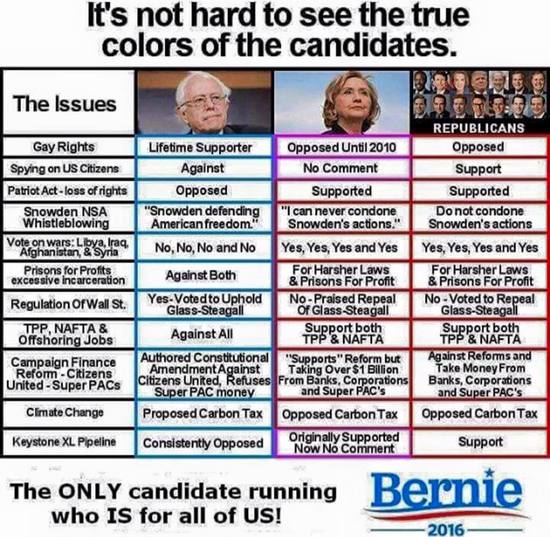 " I first endorsed Bernie Sanders for public office in 1990 when he, as mayor of Burlington, VT, asked me to come up there and hold a rally for him in his run to become Vermont’s congressman. I guess not many were willing to go stump for an avowed democratic socialist at the time. Probably someone is his hippie-filled campaign office said, “I’ll bet Michael Moore will do it!”

They were right. I trucked up into the middle of nowhere and did my best to explain why we needed Bernie Sanders in the U.S. Congress. He won, I’ve been a supporter of his ever since, and he’s never given me reason to not continue that support. I honestly thought I’d never see the day come where I would write to you and get to say these words: “Please vote for Senator Bernie Sanders to be our next President of the United States of America.”

I wouldn’t ask this of you if I didn’t think we really, truly needed him. And we do. More than we probably know."     Sincerely Yours,  Michael Moore

Bernie has just fired a volley across the bow of the Clinton establishment Battleship in Iowa which is committed to maintaining the Status Quo but that's just the opening round ~ there's more to come ~ Bernie's just getting warmed up particularly when you can truly see the real implications of trickle-down economics. 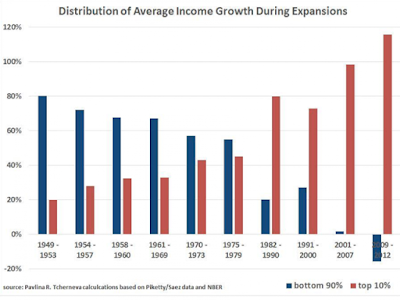 
The indignation of the bottom 90% has steadily mounted, as it's income has disappeared, as seen in this graph ~ especially since Wall Street threw the US and world economy into the abyss in 2008 and then used the crisis to further enrich itself at the expense of the working population or bottom 90%.

The bitter betrayal by the Obama administration, which came to power by promising progressive “change” and instead has maintained the status quo as well as overseen a further and unprecedented transfer of wealth from the bottom to the top, along with an expansion of militarism and war ~ has only intensified the anger and combativeness of working people and youth ~ who are all part of the growing Bernie revolution which will soon hit New Hampshire.

New Hampshire will not be decided by coin flips as in Iowa ~ but could be decided by illegal electronic vote flips. The bottom line here is that some 80% of the votes in the 2016 primaries will be cast or counted on electronic voting machines owned by private corporations. Courts have ruled the source code proprietary, and thus inaccessible to the public.


What this warning means is that much of the nation has no legally binding mechanism by which results can be publicly verified ~ If the Sanders campaign fails to aggressively push for exit polls and a verifiable vote count, this current thrilling attempt to restore American democracy, as well as the power of the people, might prove futile ~ for the establishment has no moral rules.


"The way the Clinton campaign has been red-baiting Sanders is unfortunate ~ and tone deaf. According to NBC, 43% of Iowa Dems identify themselves more closely with socialism (sharing, helping) than with capitalism (greed, inequality). Most polls now show young adults (18-35) across America prefer socialism (fairness) to capitalism (selfishness). So, what is democratic socialism? It's having a true democracy where everyone has a seat at the table, where everyone has a voice, not just the rich.": Michael Moore