STEPHEN CURRY / ANOTHER BOB COUSY AND OPIATE FOR OUR TROUBLED TIMES 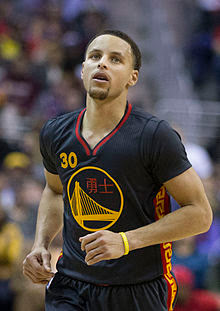 Despite only accounting for five percent of the global population, an astounding 31 percent of the world's mass shootings occur in the United States ~ including the recent mass shootings in San Bernardino, California. There were more gun sale background checks on this year's Black Friday than any other single day on record, according to the FBI. Amidst, this darkening cloud of gun violence, like a phoenix rising from the ashes ~ a shining sports star emerges in Oakland, California and Stephen Curry of the Golden State Warriors, is the new unchallenged king of the NBA and opiate for our troubled times: Allen L Roland, PhD 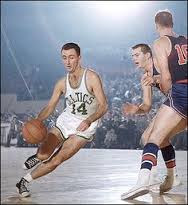 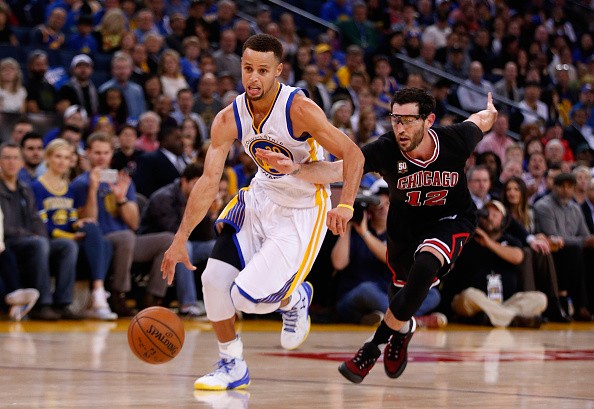 How blessed I am to experience two of the NBA's greatest point guards in my lifetime. In the 1950's while in High School close to Boston, Massachusetts I was amazed by the HoudinI of the hardwood Bob Cousy of the World Champion Boston Celtics. Now 60 odd years later in the San Francisco bay area, I am equally amazed by another magician of the hardwood, Stephen Curry of the world champion Golden State Warriors ~ and am equally amazed by their similar size, attitude and purpose.


Bob Cousy was 6 feet 1 and 175 pounds with large hands and incredible peripheral vision who played on the 6 time NBA champion Bosten Celtics in the 1950's and was the NBA's most valuable player in 1957 ~ the year I graduated from College and joined the Navy which brought me to the West Coast.


Cousy was the heart and soul of the Celtics, a Hall of Fame member and was selected for the NBA's 50th anniversary all`time team. His number 14 jersey was retired by the Celtics.


But his humble demeanor and fire and purpose was the life force of the Celtics and this 14 minute tribute should be viewed by all NBA fans.


Bob Cousy - The Houdini of the Hardwood - YouTube / 14 minutes
https://www.youtube.com/watch?v=o-xa6546ixc

Stephen Curry is 6 feet 3 and 190 pounds with large hands and also incredible peripheral vision who was an NBA champion in 1957 as well as won the NBA's most valuable player.


In many ways, he is the reincarnation of Bob Cousy and has electrified the Bay Area as much as Cousy electrified New England in the 1950's.


His humble demeanor, like Cousy, barely masks his fire on intention and the Warriors current 20 game win streak is just a teaser for what he and this team are capable of.


Curry brings the joy of an accomplished artist to his all world resume as witnessed in the this 3rd period effort against the Denver Nuggets in last year's playoffs. Two minute video
https://www.youtube.com/watch?v=Dbk7BlCShsE


Just another perk for living in the Northern California Bay area ~ the sports capital of the world.


“I've never lost a game I just ran out of time.”
~ Michael Jordan, For the Love of the Game

Heart centered spiritual consultant and advisor Allen L Roland can be contacted at  allen@allenroland.com Allen is also a lecturer and writer who shares a weekly political and social commentary on his web log and website allenroland.com. He is also featured columnist on Veterans Today and  guest hosts a monthly national radio show TRUTHTALK on www.conscioustalk.net
Posted by Allen L Roland, Ph.D at 12:56 PM