EARTH FROM MARS / A SMALL STAGE IN A COSMIC ARENA This view of the twilight sky and Martian horizon, taken by NASA's Mars rover Curiosity, includes Earth as the brightest point of light in the night sky. Earth is a little left of center in the image, and our moon is just below Earth. A human observer with normal vision, if standing on Mars, could easily see Earth and the moon as two distinct, bright "evening stars."

Whenever I see a picture like this I am deeply humbled and I realize that my life's purpose on this small stage in this vast cosmic arena must be profoundly obvious and simple. As such, my life's purpose was to find, prove, live and share the truth of a Unified Field of Love and Soul Consciousness that exists not only beyond time and space but also beneath our deepest fears: Allen L Roland

I actually have a deep almost primordial memory of being part of a vast cosmic dimension which was beyond comprehension. It may have been a womb memory but the feeling was that I was part of something beyond vast and incomprehensible ~ somewhat similar to what I feel now when I see the picture of Earth from Mars.

As Carl Sagan knowingly said ~ “The earth is a very small stage in a vast cosmic arena. Think of the rivers of blood spilled by all those generals and emperors so that in glory and in triumph they could become the momentary masters of a fraction of a dot. Think of the endless cruelties visited by the inhabitants of one corner of the dot on scarcely distinguishable inhabitants of some other corner of the dot. How frequent their misunderstandings, how eager they are to kill one another, how fervent their hatreds. Our posturing, our imagined self-importance, the delusion that we have some privileged position in the universe, are challenged by this point of pale light. Our planet is a lonely speck in the great enveloping cosmic dark. In our obscurity ~ in all this vastness ~ there is no hint that help will come from elsewhere to save us from ourselves. It is up to us. It's been said that astronomy is a humbling, and I might add, a character-building experience. To my mind, there is perhaps no better demonstration of the folly of human conceits than this distant image of our tiny world. To me, it underscores our responsibility to deal more kindly and compassionately with one another and to preserve and cherish that pale blue dot, the only home we've ever known.”

Is it possible, in a Unified Field of love and soul consciousness that exists beyond time and space, that we are instantly joined to a universe that is rapidly surrendering to this same innate universal urge to unite?

Then, what is the call?
The call, quite simply, is love or the innate universal urge to unite.
Let me use the findings of the recent Nobel Prize winning researchers, Politzer, Gross and Wilczek, to prove my point.
They won the 2004 Nobel prize in physics for their studies of the “strong Force “ ~ the powerful and mysterious energy that holds the nuclei of atoms together.

They explained the mystifying qualities of the strong force, which holds together the fundamental building blocks of nature, called QUARKS, to form protons and neutrons ~ two of the basic components of atoms.

Now, this is when it gets interesting.

Independently, they developed the theory and the mathematical equations to show that Quarks are held together by the strong force which, unlike any other force in the universe, gets stronger as the quarks get farther apart ~ a concept now known as “Asymptotic Freedom “.

The simplest analogy is to a rubber band encircling two objects.

Now, here is my take on these findings as applied to my Unified Field of Love and Soul Consciousness.

The strong force in the atom is the urge to unite which is the principle property of my Unified Field.
It is the same urge to unite that Bose and Einstein found when they discovered that photons (light particles) have a tendency to travel together versus act randomly ~ which eventually led to the discovery of the laser.

It is also the same urge to unite that Teilhard de Chardin speaks of when he wrote ~ "If there were no real propensity to unite, even at a prodigiously rudimentary level, indeed, in the molecule itself ~ it would be physically impossible for love to appear higher up in the human form." 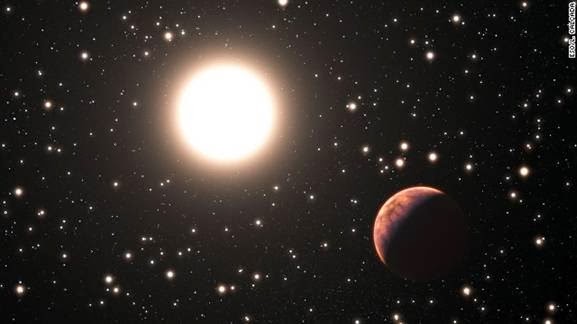 As CNN Tech reports ~ "We won't be visiting Messier 67, home to about 500 stars, anytime soon. It's also a Milky Way resident, like us. But the cluster is about 2,500 light-years away from Earth, in the constellation Cancer. One light year is nearly 6 trillion miles."
http://www.cnn.com/2014/02/06/tech/innovation/mars-curiosity-earth-image/

But I maintain, that once we surrender to love or our innate urge to unite, we will be seeing though different eyes and recognize and begin to celebrate our interconnectedness with our neighbor inhabitants in this vast cosmic arena.

Carl Sagan describes that eventual first contact with extraterrestrial life as probably happening in 2350 but he is limited by the speed of light. I maintain it will happen sooner if and when we surrender to love and the universal urge to unite ~ See Carl Sagan's First Contact ~  8 minute video http://www.youtube.com/watch?v=8JIYSqfEKdA

In summary ~ the great dawning and, I would add, inevitable realization of psychology, science and religion is that our separateness is an illusion measured by the state of our consciousness and that our ultimate reality, once again measured by the state of our consciousness, is the realization that we are all united and part of a loving and indivisible whole (the Unified Field) ~ and we resist it at our peril.

For small creatures such as we the vastness is bearable only through love : Carl Sagan