EULOGY FOR MY BELOVED TWIN 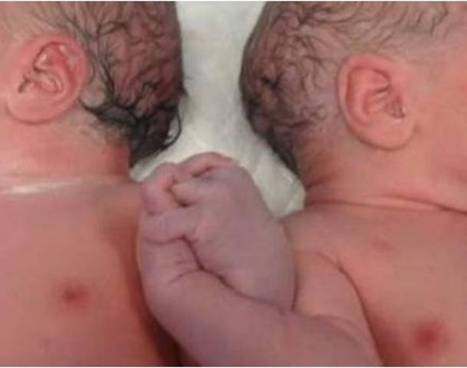 My twin brother, Bobby died in his sleep early in the morning on August 17, 2013. Bobby passed through the event horizon of death knowing he was loved, most certainly by myself, and safely cradled once again in the arms of his beloved grandfather who eagerly welcomed him into a Unified Field of love, joy and soul consciousness that exists not only beyond time and space but also beneath our deepest fears: Allen L Roland

“Beyond our ideas of right-doing and wrong-doing,
there is a field. I’ll meet you there.
When the soul lies down in that grass,
the world is too full to talk about.
Ideas, language, even the phrase ‘each other’
doesn’t make sense anymore.” Rumi

When my twin brother suddenly and courageously let go of his bitter, determined and angry fight to beat the crippling effects of late stage Parkinson's disease and began to accept his situation, the day before his sudden passing on August 17th ~ I immediately felt a profound lightness for I was indelibly connected to my twin's struggle to survive and on a heart level have been actively preparing him for his inevitable passage, even though I was 3000 miles away.

That included encouraging our High School baseball team mate Jim to visit him every week at a nursing home for the past several months and remind Bobby after every visit of my deep love for him.

Bobby was also preparing himself, unbeknownst to me, by visiting our grandfather's grave every week and bringing fresh flowers ~ somehow sensing he would eventually be joining him in the not too distant future before he became bedridden with his Parkinson's disease.


After he became immobile, his devoted daughter Janice would drive him every day to Grampy Joe's gravesite to either water or replace the flowers and became part of his ongoing tribute to his deepest source of conscious unconditional love.

In November of 2012, I sent him a letter titled  Love Note To My Twin ~ which was read to him by his wife and set the stage for his final passage ~ " The twin connection defies description, Bobby ~ it’s a loving connection that goes beyond time and space ~ it’s a deep knowing soul connection that was cemented in the womb as well as our shared birth experience. Since I am the first born twin, two minutes before you, it is my responsibility to prepare you for the final transition by sharing that God (a loving plan in action) only reveals itself to a grateful heart and that alone will prepare you for your final passage. My heart is most definitely grateful that you were my loving twin and companion for so many years and I will most certainly be with you in your final moments and most definitely when you pass through the event horizon of physical death. Right now, you may feel increasingly alone since it’s so difficult to speak and move ~ but you are being well taken care of and are most certainly loved by your immediately family as well as brothers and sisters. But be aware that I am already holding your hand, as I did as a young infant, and as you look out that window at the Thompson Club playing field you will see me beckoning to you, with a baseball bat on my shoulder, telling you to hurry up before the summer rain squall starts and you will smile knowingly and be grateful, as I am, that you are indeed blessed to be a twin."  See letter ~  http://www.veteranstoday.com/2012/11/16/love-note-to-my-twin/

Bobby is now in a state of soul consciousness and gloriously happy for I felt his joyful presence the morning he passed and actually saw his childlike playful presence, at a much younger age, much like I felt and saw our mother's youthful loving presence when she suddenly passed away in 1987 ~ when she lovingly appeared in my bedroom 3000 miles away joyfully exclaiming to me ~ Allen, I know, Allen, I Know
See article  http://www.veteranstoday.com/2012/05/12/memories-of-my-mom/

It was also at that time, at my mother's funeral in 1987, that Bobby reached out to me from a lost and alone place to help him discover a new direction in his life ~ which was in shambles at that time.
From 3000 miles away, I helped Bobby go inside to face his deepest fears and aloneness but he couldn't let go ~ but he at least got to a place of another choice and we bonded even deeper during that experience. My point being that my twin was also on a quest to find a lost and alone child within himself but was not ready yet to let go and face the psychic pain that separated him from that innocent and joyful child that I loved so deeply and experienced the morning that he passed.

But my most important gift to my twin brother was empowering his daughter Vanessa to go beyond her resentment issues with her dad, find and embrace the joy beneath her pain and see beneath my brother's shame and unworthiness issues and begin to see through her heart ~ for it was Vanessa who was there at his sudden end, who kept reminding him that I was holding his hand and that his grandfather was also waiting for him, who would not allow herself to be pushed away by his denial and anger ~ which is why, in his last lucid moments, he asked Vanessa to hold his hand, thus surrendering to his deeper love and gratefulness, connecting to my love as well as our beloved grandfather and thus set the stage for his final passage into Rumi's field of bliss early the next morning.

But it wasn't the playing field across the street where I was waiting for him ~ it was a Unified Field of love, joy and soul consciousness which most certainly exists beyond time and space and was always beneath his deepest fear and pain ~ a field of loving consciousness and connectedness we both experienced in the womb as well as young children and a field where we are now once again delightfully reunited.

“Your task is not to seek for love, but merely to seek and find all the barriers within yourself that you have built against it.”  Rumi