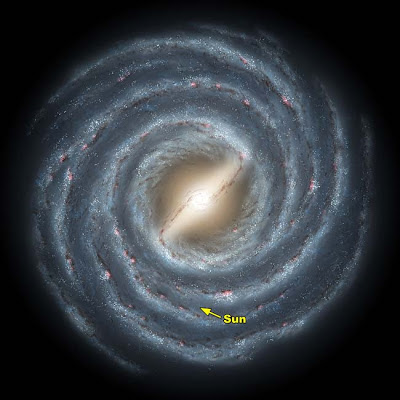 The Mayan's were correct, when they predicted the world would end in 2012. But it was not the physical world but instead the evolutionary birth of the sacred through love and the subsequent renewal of the Earth. This shift from ego to soul consciousness is already happening ~ whereas a majority of the world have become conscious that we are part of a universal loving plan and each of us has a part to play within it: Allen L Roland 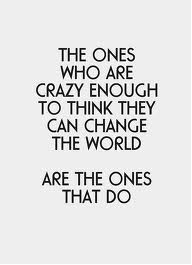 It's 12/12/12 and we have already reached a tipping point in our evolution with the growing worldwide acceptance of a Unified Field of love and soul consciousness ~ that extends not only beyond time and space but also beneath our deepest fears.

Some good examples of this coming together are the world wide occupy movement, the Arab awakening and the recent UN vote to admit Palestine as an observer state ~ but the most important evidence is the growth of the world wide Web where millions of people now have access to the alternative press like RT, Press TV and many others. Increasingly millions are tuning out the corporate controlled mainstream media in their search for the truth and in the process claiming their power and demanding a world cemented in social cooperation and altruism ~ the innate driving forces of evolution.
Overlooking all of this lies the fundamental issue of a world community that is now facing serious environmental limitations, especially global warming ~ whereas we may all soon be forced through climate change to unite and cooperate or isolate and perish.

We must learn to live together as brothers or perish together as fools:
Martin Luther King, Jr.

Lincoln Barnett once wrote of the great philosophical triumph of any such Unified Field: ~ "The great philosophical triumph of any Unified Field Theory is implicit in the first word of its title. For it will carry to logical fulfillment the long course of science towards the unification of man's concepts of the physical world. For from its august perspective the entire universe would appear as one elemental field in which each atom, each flying electron, each star, each wandering comet and slow-wheeling galaxy, is seen to be but a ripple or tumescence in the underlying space-time unity. And so a profound simplicity would supplant the surface complexity of nature. Thus all man's perceptions of the world and all his abstract intuitions of reality would merge finally into one ~ and the deep underlying unity of the universe would be laid bare "

The deep underlying unity of the universe is a psychic energy field of love and soul consciousness ( the  Unified Field ) wherein love, not light, is the one constant of the universe and the urge to unite is its principle property.
Science will surely remain one-eyed and lacking in depth perception until it acknowledges the equal validity of subjective, sensory and spiritual experience. And it will continue to record the letter of mere mechanics, and miss the true spirit that brings it all to life, until it comes to recognize the universal urge to unite ~ even within the molecule itself ~ as being the universal attractive force of love.

No one describes this scientific impasse more tellingly than Lincoln Barnett (The Universe and Dr Einstein): " A theoretical concept is emptied of content to the degree that it is divorced from sensory experience, for the only world man can truly know is the world created for him by his senses ~ beyond that he stares into the void. " ( Bantam Books, 1957 pp 114-117 )

My Unified Field of Love validates the reports of mystics who directly ( and subjectively ) experienced the same reality that scientists only approach through an objective and outward process of observation, experimentation and deduction. In essence, the same phenomenon that science describes as "energy " or " light " can be directly experienced as a state of love and soul consciousness ~ as many Near Death experiencers ( NDE's ) would most certainly attest to.

In other words, light is the one constant of the physical universe, as Einstein revealed, but love is the absolute constant of the universe, as the heart reveals ~ and that is the truth that shall set everything ablaze and it's happening now. Teilhard de Chardin predicted this phenomenon over 50 years ago when he wrote in his last unpublished work, " Le Christique" ( The promised land ) of the inevitable consequences when this truth appears; " Sooner or later there will be a chain reaction ~ for the truth has to appear only once, in one single mind, for it to be impossible for anything ever to prevent it from spreading universally and setting everything ablaze."

And the truth is that God is love or better yet a loving plan in action ~ an evolutionary process with which we all participate as co-creators ~ and we can now no longer individually and collectively avoid our responsibility within that slowly evolving loving plan.

Here are two 8 minute video holiday gifts for you to help prepare you for the ongoing planetary shift from ego to soul consciousness. 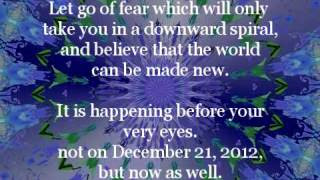 Planetary Ascension - The Birth of the Sacred
http://www.youtube.com/watch?v=94a1J5UyTMI&feature=em-share_video_user

A profound message for today about Ascension, a spiritual process of planetary renewal and rebirth that has already begun.  Though there are changes on many levels that are part of this time, it is love that will guide the way through.

Part II - Planetary Ascension - The Renewal of the Earth -
http://www.youtube.com/watch?v=_S0p-ENptQ4

As David Degraw writes in Occupy Evolver ~  " We are coming together to transcend conditioned consciousness, to transcend groupthink, to transcend divide-and-conquer propaganda…We have now entered a new age of enlightenment. The renaissance has begun. The evolution is in process. Another world is happening."   See article ~
http://www.occupyevolver.com/occupy-evolver-realize-your-potential/


I have broken the sound barrier many times as a Navy aviator but I have also broken the light barrier by surrendering to love and fully opening my heart in the process. Only by seeing through my heart have I experienced the Unified Field of love and a state of soul consciousness ~ which exists not only beyond time and space but also beneath our deepest fears ~ and only by taking responsibility for that love in my life and work have I earned the right to share this great truth with the world.


Truth is on the march and nothing can stop it . . . When truth is buried in the earth, it accumulates there and assumes so mighty an explosive power that, on the day when it bursts forth, it hurls everything into the air: From "J 'Accuse" by Emile Zola

This newsletter is sustained through donations from people like yourself. Please send check or Money Order to Allen L. Roland, PO Box 834, Danville, CA 94526 ~ and I gratefully thank you for your holiday donation.