2012 / DARKNESS AND BOTTOM UP CHANGE WE CAN BELIEVE IN 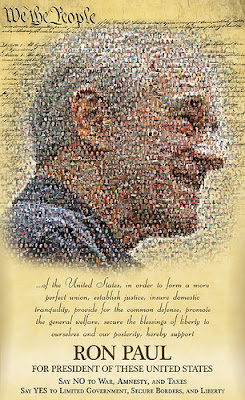 As the dark storm clouds of an economic depression and perhaps war with Iran bring down the curtain on 2011 ~ be aware that 2012 will initially bring deeper economic stress and turmoil ~ but out of that cocoon of darkness will finally emerge the change that millions of Americans voted for in 2008 and never received from a president who failed to deliver and never stopped campaigning: Allen L Roland

Make no mistake about it, 2012 has emerged from the blackness of a growing depression, which the White House still refuses to acknowledge ~ a depression that won’t be obvious until Americans are hit with a sledgehammer of reality which includes the fact that US government census figures reveal that 1 in 2 Americans have fallen into poverty or are struggling to live on low incomes.

Here’s some reality ~ The true unemployment rate is nearly 23% (according to Shadowstats.com) if it was calculated the way Bureau of Labor and Statistics reported it in 1994 and earlier. See story

As Charlie McGrath, founder of Wide Awake News, explains ~ “Our nation is an empire in decline and there is a reason most of us have no idea what is going on. The lame stream media has us all focusing the latest trends and people fighting over shoes, while our rights are usurped and our government involves us in ever more conflicts overseas.

We are spread way too thin and we are losing the freedoms we were supposedly fighting for.

People are going to start waking up, but NOT because CNN, FOX, or MSNBC decided to actually start informing people. They are going to wake up because they've been hit with a sledgehammer of reality...” See 7 minute video

That long overdue wake up call will also include President Obama who will realize too late that his only base is the Wall Street corporate establishment ~ which is notoriously fickle when they realize their candidate is deeply wounded.

The time for the truth and transparency is now as we creep into 2012 and the immediate start of the Presidential primaries. In that regard, a vote for Ron Paul in the primaries is a vote against the establishment and the special interest groups that have hijacked our Republic as well as both parties.

The establishment is rightly afraid if not terrified of the possibility of President Ron Paul because his platform is largely in sync with what the vast majority of Americans want and have not received under the Obama administration. The Republican right wing is in lockstep with the corporate establishment and committed to the status quo ~ and they also fear a Paul presidency.

I’ll humorously make my point by parodying the great movie about the final days of Hitler's regime, titled "Downfall", with clever subtitles. (This is the famous scene from the movie where Hitler is told that Berlin's defenses have evaporated and the Thousand Year Reich is doomed) ~ but here Hitler apparently wants to support Newt so the corporate establishment can stay in control : 4 minute video

Here’s some more reality regarding Obama ~ The last day of 2011 was also the last day of representative democracy in America, as Corporate Puppet President Barack Obama chose the New Year's Eve holiday to sign the National Defense Authorization Act of 2012 (H.R.1540) into law ~ with little if any comments from the lame stream press.

Along with signing NDAA, Obama released a Presidential Signing Statement in which he assured "Moreover, I want to clarify that my Administration will not authorize the indefinite military detention without trial of American citizens. Indeed, I believe that doing so would break with our most important traditions and values as a Nation."

That may sound reassuring, but it doesn't mean much. Presidential Signing Statements are political documents that have no Constitutional basis and do not modify the laws to which they refer. In these Orwellian times, Obama's empty promise that we have nothing to worry about should warn us that in fact we have plenty to worry about. It’s also is another example of the classic Obama straddle ~ where he appears to be taking a stand on principle after the bill passes and thus he doesn’t have to take responsibility for its consequences and can blame Congress if the people revolt even though he approved the bill.

As Michel Chossudovsky writes “To say that January 1st 2012 is "A Sad Day for America" is a gross understatement. The signing of NDAA (HR 1540) into law is tantamount to the militarization of law enforcement, the repeal of the Posse Comitatus Act and the Inauguration in 2012 of Police State USA.
As in Weimar Germany, fundamental rights and freedoms are repealed under the pretext that democracy is threatened and must be protected.
The NDAA is "Obama's New Year's Gift" to the American People”.

Mike Whitney correctly writes ~ “Ron Paul is the only antiwar candidate who has a (microscopic) chance of winning in 2012. He’s also the only candidate who will make an effort to restore the Bill of Rights and reverse Congress’s decision to allow the president to “indefinitely” imprison American citizens without due process. For these reasons alone, Paul should garner the support of leftists, liberals, and progressives.”

The time for the truth and transparency is now at hand as we nervously creep into 2012 ~ a vote for Ron Paul in the Iowa caucus is an important first step against the establishment and status Quo ~ as well as the special interest groups that have not only hijacked our Republic but are responsible for the Militarization of our Homeland.

As Robert Naiman, writes in Truthout: "While media may miss this story now, if election-night exit polls show antiwar Democrats and independents gave Paul the margin of victory, that story will appear in media around the world."

“Little by little, in the name of fighting terrorism, our Bill of Rights is being repealed.... The Patriot Act, as bad as its violation of the 4th Amendment, was just one step down the slippery slope. The recently passed [NDAA] continues that slip toward tyranny and in fact accelerates it significantly.... The Bill of Rights has no exemption for ‘really bad people’ or terrorists or even non-citizens. It is a key check on government power against any person. This is not a weakness in our legal system; it is the very strength of our legal system.” Congressman Ron Paul