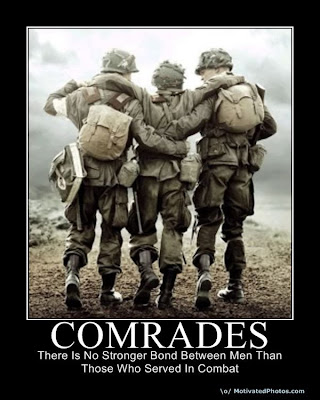 Only a heart centered approach can reach a combat veteran with PTSD because not only have they experienced death first hand as few others ever will ~ but they have bonded with their brothers in the process and that love lies beneath the cold embers of their wounded hearts as well as the longing for true service and justice: Allen L Roland

Having worked with Veterans with PTSD and TBI for over two years and experiencing their receptivity to a heart centered approach toward self-healing ~ I now realize that their bonding experience with their combat brothers and sisters has set the stage for their eventual surrender to love in our Healing The Wounded Heart workshops. Beneath the cold embers of their closed hearts lies the beauty of a raw and shared common innocence that longs to be seen and acknowledged ~ as well as a longing for true heart based service.

One U.S. veteran attempts suicide every 80 minutes which is the hidden tragedy of Afghanistan and Iraq wars. This is also a staggering indictment on the lack of alternative mental health programs in the U.S. military. A new report reveals 1,868 veterans made suicide attempts in 2009 alone. Its time for a new approach to dealing with vets with PTSD and many of these vets are joining the ranks of the OWS movement because they are also feeling marginalized by the government. See report ~

Perhaps only poetry can grasp the true inner horror of a combat Vet as Chris Woolnough most certainly does ~ for every combat veteran suffers from PTSD.

THERE'S A HAUNTED LOOK THAT’S IN OUR EYES THAT NO ONE UNDERSTANDS.
ONLY OTHER SOLDIERS SEE IT.
IT’S THE BLOOD THAT'S ON OUR HANDS.

ONLY OTHER SOLDIERS CAN FEEL IT.
THE AGONY AND THE TEARS WE CRY, A BROTHERHOOD THAT SHARES THE GUILT, BECAUSE WE DIDN'T DIE.

MY COMRADES ONLY KNOW TOO WELL, WHAT IT'S LIKE TO BE ALONE, HOW TO BUILD A WALL THAT NUMBS THE PAIN, AND TURN OUR HEARTS TO STONE.

WHERE EVERY COMBAT VETERAN
SUFFERS FROM PTSD, BECAUSE THE WINDOWS TO OUR SOUL, SAW THINGS NO MAN SHOULD SEE.

WE ARE THE WALKING WOUNDED, WE PLAYED A DEADLY GAME, AND THOUGH OUR DAYS ARE NUMBERED, WE LIVE WITH DAILY BLAME.

WE BATTLE WITH THE WORD OF GOD, CHILDREN TAUGHT TO DO HIS WILL.
WHO PUT THE GUN INTO OUR HANDS, AND TAUGHT US ALL TO KILL?

WE'VE HELD OUR TONGUES IN SILENCE
AND TURNED OUR PAIN WITHIN, EACH DAY WE KEEP ON FIGHTING, AND A WAR WE MAY NOT WIN.

AND MORTAL EYES MAY FAIL TO SEE THAT OUR SPIRITS ARE LONG GONE, NOR DO THEY KNOW THE PRICE WE’VE PAID FOR THE PATHS WE'VE WALKED UPON.

In that regard, a growing contingent seen at most Occupy Wall Street solidarity protests across the country are veterans, who know the price they paid for walking the path of war for a false dream ~ and increasingly see themselves as part of the 99%. The signs of a veterans movement are everywhere, from new groups dedicated to supporting veterans in the occupy movement, to thousands of veterans showing up at street actions like Veterans for Peace and Iraq Veterans Against War (IVAW). And despite condescending rhetoric from the right-wing media, as well as war mongering talk from both Republican and Democrat political leaders, veterans have every reason to be there ~ including these five;

2.) Veterans Embrace Occupy Wall Street Out Of Love For Country

3.) The Banks Are Preying On Veterans

5.) During The Economic Downturn, Veterans Programs Are Being Cut And Privatized As Well

In many cases, veterans have been the most visible victims of police brutality ~ like in Boston, where police violently raided a group of peaceful veterans occupying a city plaza, and in Oakland, where police fractured the skull of Scott Olson, an Iraq veteran who was standing alone and motionless, with a shot from a projectile aimed at his head.. Read more ~ http://www.alternet.org/newsandviews/article/729889/five_reasons_why_veterans_are_part_of_the_99_percent/#paragraph3

The words of Winter Soldier and combat vet Mike Prysner speak for many veterans ~ who feel betrayed by their government and know that the real enemy is our own bought politicians and Military/Industrial complex ~ that still use and teach racism to justify our illegal and morally repugnant wars and occupations of Iraq, Afghanistan and eventually, if we don’t stop them, Iran.

The stage for the Occupy Wall Street movement was set last December when more Winter Soldiers, Veteran’s For Peace, chained themselves to the White House gates as a symbol of the civil disobedience it will take to end America’s illegal military occupations overseas and finally face our own financial and moral bankruptcy.

hriChris Hedges offers an inspiring soliloqy on Hope to those preparing for arrest in front of the White House on that snowy day in December 2010. They were protesting the continuous wars in Afghanistan, Pakistan and Iraq, and the video is intercut with on the scene interviews with Daniel Ellsberg and returning war veterans.

CThe greatest betrayal felt by these combat veterans with PTSD is knowing that the country they fought for was using them to justify a false policy of world dominance and control and that their service had nothing to do with protecting liberty or building a true democracy.

Veterans, including myself, will continue to speak out and rise up in protest against a government which has sold out to Wall Street and has lost touch with the people ~ but this winter, perhaps they will tear down the gates of the White House, gates they were once chained to, with their increasing numbers and demands for liberty, justice and equality.

Remember, War is the lifeblood of the one percent ~