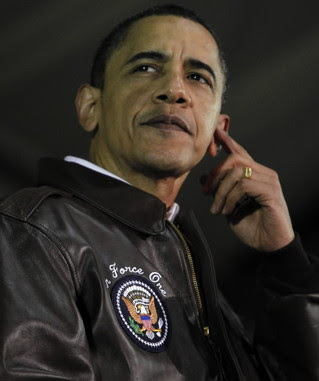 The number one myth regarding Afghanistan is that we are fighting this so-called war to keep Americans safe. The ugly fact is that we are maintaining this expensive illegal occupation in order to politically promote President Obama’s image as a war time President who is tough on terrorists and thus ensure his re-election in 2012: Allen L Roland

The number two myth about Afghanistan is that this is a war against a virtually nonexistent al-Qaeda.

The fact is that this is a nine year illegal occupation which we continue to support and justify as the leading edge of the war on terror ~ which could not be further from the truth. The so-called war in Afghanistan is now the longest war in U.S. history, and 2010 has seen the highest number of U.S. and NATO soldiers killed.

The number three myth about Afghanistan is there has been significant progress in tamping down the insurgency in Afghanistan.

· The fact, courtesy of Juan Cole, ICH, ~ “ A recent National Intelligence Estimate by 16 intelligence agencies found no progress. It warned that large swathes of the country were at risk of falling to the Taliban and that they still had safe havens in Pakistan, with the Pakistani government complicit. The UN says there were over 6000 civilian casualties of war in Afghanistan in the first 10 months of 2010, a 20% increase over the same period in 2009. Also, 701 US and NATO troops have been killed this year, compared to 521 last year, a 25% increase. There were typically over 1000 insurgent attacks per month in Afghanistan this year, often twice as many per month as in 2009, recalling the guerrilla war in Iraq in 2005.” http://www.informationclearinghouse.info/article27142.htm

· The fact is that in Helmand and Qandahar Provinces, a poll found that 92% of male residents had never heard of 9/11.

The number five myth about Afghanistan is Afghans still want US troops in their country, despite their discontents.

· The fact is one poll found that 55% of Afghans want the US out of their country. And, the percentage of Afghans who support Taliban attacks on NATO has grown from 9% in 2009 to 27% this year! Many Afghans regard the Taliban as freedom fighters! The insurgency is actually Afghans resisting their U.S. installed corrupt Afghan president, Hamid Karzai, as well the growing United States occupying force.

The final myth about Afghanistan is the United States is in Afghanistan to fight al-Qaeda.

· The fact, again courtesy of Juan Cole, is “CIA director Leon Panetta admitted that there are only 50-100 al-Qaeda operatives in Afghanistan! The US is mainly fighting two former allies among the Mujahidin whom Ronald Reagan dubbed “freedom fighters” and the “equivalent of America’s founding fathers:” Gulbaddin Hikmatyar and his Hizb-i Islami, and Jalaluddin Haqqani and his Haqqani Network. These two organizations, which received billions from the US congress to fight the Soviets in the 1980s, are more deadly and important now than the ‘Old Taliban’ of Mulla Omar. The point is that they are just manifestations of Pashtun Muslim nationalism, and not eternal enemies of the United States (being former allies and clients and all). Hikmatyar has roundly denounced al-Qaeda.”

So when you hear President Obama attempt to justify his illegal war and occupation of Afghanistan ~ please realize that this occupation is only serving one master ~ the Military Industrial Complex and Corpocracy and that President Obama answers to them and not you or me.

President Obama has escalated thus senseless occupation in Afghanistan, requesting the Congress hike defense spending next year by two percent to $708 billion and, adds Robert Reich, “including Homeland Security, Veterans Affairs, nuclear weapons, and intelligence, the total national security bill will push $950 billion.” That’s almost a trillion dollars, folks! Think about that as you watch your gas pump prices climb closer to $4.00 dollars a gallon ~ for billions of dollars are being spent on oil to fuel this out of control Obama war machine.

Afghanistan has rightfully been called the graveyard of empires and it most certainly will be the graveyard of America’s deeply flawed and over-extended empire when the truth replaces myths regarding Obama’s War. The United States has built a self-deluding narrative and myth of global domination which the world now not only rejects but actively opposes ~ in that regard, Afghanistan will be America’s waterloo. The Wall Street Journal recently reported that, between March and October 2010, the U.N. found that southern Afghanistan remained at "very high risk," while 16 districts were upgraded to "high risk." At the same time, Areas deemed "low risk" shrank considerably. The truth is obvious, we are losing badly and it’s time to stop the myths and spin from the Obama administration.

"The weakness of power is that when power is confronted by the authority of truth, it is no match for the power of weakness that bears the mark of truth." Paul Lehman