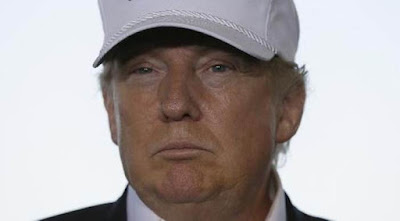 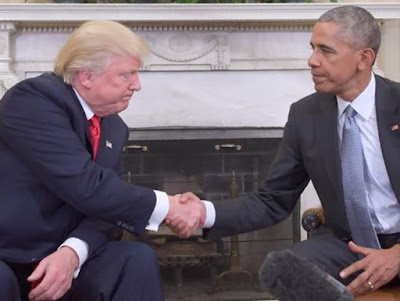 WELL, GUESS WHAT ~ Donald Trump won the presidency and is now the President-elect. He is already meeting with President Obama and finalizing his transition team. This eerily has the feel of the Inevitable rise of Adolf Hitler to Chancellor in Germany in the late 1930's ~ and Democrats,
Republicans and the main-stream media are in the same state of disbelief and shock.
See Amy Goodman's take on this momentous political moment on November 10th with Glenn Greenwald, who brilliantly explains how the Democrats defeated themselves ~ As Tens of thousands take to streets, block freeways & rally against Trump shouting, "Not My President". See YouTube Video ~
http://www.democracynow.org/shows/2016/11/10
Of course, this reality show election, which is now prime time, may once again marginalize the people and main street issues but it could also focus attention on the excesses and abuse of power by the tottering oligarchy (or the big club) and bring into sharper focus the wise words of the late George Carlin regarding the power of the establishment and who really owns America ~ "The real owners (of America) are the big wealthy business interests that control things and make all the decisions ... The politicians are put there to give you the idea that you have freedom of choice. ... They're not interested in that. ... It's a big club, and you're not in it."  See video ~ https://www.youtube.com/watch?v=i5dBZDSSky0\
In the end the real question is how will Trump handle power, for that will determine his place in history as Abraham Lincoln well knew ~ Abraham Lincoln On power: “Nearly all men can stand adversity, but if you want to test a man’s character, give him power.”
Donald Trump has been given the ultimate power as President-elect of the United States ~ the obvious question is will he pass the character test that many before him have shamefully failed?
ONLY THE TRUTH IS REVOLUTIONARY
Allen L Roland, PhD
http://allenlrolandsweblog.blogspot.com/2016/11/the-ultimate-reality-show-president.html

Heart centered spiritual consultant and advisor Allen L Roland can be contacted at allen@allenroland.com Allen is also a lecturer and writer who shares a weekly political and social commentary on his web log and website allenroland.com. He is also featured columnist on Veterans Today and is a featured guest on many radio and Television programs.
Posted by Allen L Roland, Ph.D at 12:59 PM