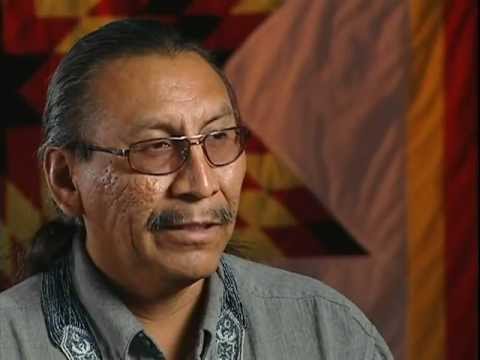 Chief Arvol Looking Horse, of the Lakota, Dakota, and Nakota Nations, asks us to understand an Indigenous perspective on what has happened to America but also offers a very important message about a solution to turn around these terrible times including justice for the Palestinians. His words should be heeded for they are in essence the same as mine ~ Peace begins with me ~ go within and find your role in the great coming together of mankind and the truth of a Unified Field of love and soul consciousness whose principle property is the universal propensity or urge to unite: Allen L Roland, PhD

You can't wake a person who is pretending to be asleep. - Navajo Proverb

The Sioux Nation standing rock pipeline uprising is indicative of a growing global cry for justice which most certainly includes oppressed Palestinians ~ but brings hope to oppressed people all over the world as well as the realization that the human spirit will never be destroyed but will instead evolve.

The genocide of the Native Americans, similar to the ongoing destruction of the Palestinian Nation, represents one of the low points in the history of human morality ~ where for 500 years, Native Americans witnessed every attempt at erasing them from the face of the planet and their numbers dwindled from 50 million prior to the arrival of Europeans to North America to less than three hundred thousand at the turn of the 20th century

Ramzy Baroud, Transcend Media Service elaborates ~  "Calls to destroy Native Americans were hardly implicit but, rather, clearly-articulated. For example, Spencer Phips, Lieutenant Governor of the Massachusetts Bay Province issued this statement in 1755 on behalf of King George II:  “His Majesty’s subjects to embrace all opportunities of pursuing, captivating, killing and destroying all and every of the aforesaid Indians.”

The price list for the scalp of murdered Natives were as follows: “50 pounds for adult male scalps; 25 for adult female scalps; and 20 for scalps of boys and girls under age 12.”


A century later, in 1851, California Governor Peter H. Burnett made this declaration: “A war of extermination will continue to be waged between the two races until the Indian race becomes extinct.”

Palestinians have always felt that the legacy of the Native Americans is similar to their own.

“Our names: branching leaves of divine speech; birds that soar higher than a gun. You who come from beyond the sea, bent on war; don’t cut down the tree of our names; don’t gallop your flaming horses across the open plains.”

These were a few of the verses in Palestinian poet’s Mahmoud Darwish’s seminal poem “Speech of the Red Indian.”

Palestinians are losing their lives, land and olive trees as they stand up to Israeli tanks and bulldozers. Their reality is a replay of similar experiences faced – and still being confronted – by Native Americans. Well into the 21st century, the Native American-Palestinian struggle remains one and the same.


“Our pastures are sacred, our spirits inspired,
The stars are luminous words where our fable
is legible from beginning to end..”


Wrote Mahmoud Darwish, of the Native Americans. Of the Palestinians. "See article ~ https://www.transcend.org/tms/2016/09/the-native-american-the-palestinian-a-spirited-fight-for-justice/

It is particularly disheartening that there are yet to be serious attempts at addressing these grave injustices which continue to this day ~ but there is a growing chorus of prominent voices speaking out like Chris Hedges and Miko Pele on the legitimacy of  the BDS Movement and the need to boycott Israel.

They discuss the global campaign to economically and politically pressure Israel to end its occupation of Palestinian land, grant equality to Arab-Palestinian citizens and allow Palestinian refuges the right of return to their homes. RT Correspondent Anya Parampil examines the history and breadth of the BDS movement and the obvious need to resist ~ which innately joins the Sioux rebellion with the global BDS movement and the common crime of apartheid and ethnic cleansing. See 25  minute video ~ with Hedges and Pele https://youtu.be/VTepqDOMdZw

Thus we have the non-violent peace message of Chief Arvol Looking Horse, of the Lakota, Dakota, and Nakota Nations, offering a solution to turn around these terrible times against humanity including justice for the oppressed Palestinians as well as the need to unite spirituality as a global nation ~ "or be faced with chaos, disasters, diseases, and tears from our relatives' eyes"

The Native Americans see the birth of a white buffalo calf as the most significant of prophetic signs, equivalent to the weeping statues, bleeding icons, and crosses of light that are becoming prevalent within the Christian churches today. Where the Christian faithful who visit these signs see them as a renewal of God's ongoing relationship with humanity  ~ so do the Native Americans see the white buffalo calf as the sign to begin life's sacred hoop.

"The arrival of the white buffalo is like the second coming of Christ," says Floyd Hand Looks For Buffalo, an Oglala Medicine Man from Pine Ridge, South Dakota. "It will bring about purity of mind, body, and spirit and ;unify all nations ~ black, red, yellow, and white." He sees the birth of a white calf as an omen because they happen in the most unexpected places and often among the poorest people in the nation. The birth of the sacred white buffalo provides those within the Native American community with a sense of hope and an indication that good times are to come."   See legend description ~ http://www.lightningmedicinecloud.com/legend.html


" I have been learning about these important issues since the age of 12 when I received the Sacred White Buffalo Calf Pipe Bundle and its teachings. Our people have strived to protect Sacred Sites from the beginning of time. These places have been violated for centuries and have brought us to the predicament that we are in at the global level.


Our ancestors have been trying to protect our Sacred Site called the Sacred Black Hills in South Dakota, "Heart of Everything That Is," from continued violations. Our ancestors never saw a satellite view of this site, but now that those pictures are available, we see that it is in the shape of a heart and, when fast-forwarded, it looks like a heart pumping.


The Diné have been protecting Big Mountain, calling it the liver of the earth, and we are suffering and going to suffer more from the extraction of the coal there and the poisoning processes used in doing so.


The Aborigines have warned of the contaminating effects of global warming on the Coral Reefs, which they see as Mother Earth's blood purifier.


The Gwich'in Nation in Alaska has had to face oil drilling in the Arctic National Wildlife Refuge coastal plain, also known to the Gwich'in as "Where life begins."


The coastal plain is the birthplace of many life forms of the animal nations. The death of these animal nations will destroy indigenous nations in this territory.


As these destructive developments continue all over the world, we will witness many more extinct animal, plant, and human nations, because of mankind's misuse of power and their lack of understanding of the "balance of life "


The Indigenous people warn that these destructive developments will cause havoc globally. There are many, many more indigenous teachings and knowledge about Mother Earth's Sacred Sites, her chakras, and connections to our spirit that will surely affect our future generations.


There needs to be a fast move toward other forms of energy that are safe for all nations upon Mother Earth. We need to understand the types of minds that are continuing to destroy the spirit of our whole global community. Unless we do this, the powers of destruction will overwhelm us.


Not everyone will have the right to drink safe water. We fail to appreciate and honor our Sacred Sites, ripping out the minerals and gifts that lay underneath them as if Mother Earth were simply a resource, instead of the source of life itself.


Attacking nations and using more resources to carry out destruction in the name of peace is not the answer! We need to understand how all these decisions affect the global nation; we will not be immune to its repercussions. Allowing continual contamination of our food and land is affecting the way we think.


A "disease of the mind" has set in world leaders and many members of our global community, with their belief that a solution of retaliation and destruction of peoples will bring peace.


In our prophecies it is told that we are now at the crossroads: Either unite spiritually as a global nation, or be faced with chaos, disasters, diseases, and tears from our relatives' eyes.


We are the only species that is destroying the source of life, meaning Mother Earth, in the name of power, mineral resources, and ownership of land. Using chemicals and methods of warfare that are doing irreversible damage, as Mother Earth is becoming tired and cannot sustain any more impacts of war.


I ask you to join me on this endeavor. Our vision is for the peoples of all continents, regardless of their beliefs in the Creator, to come together as one at their Sacred Sites to pray and meditate and commune with one another, thus promoting an energy shift to heal our Mother Earth and achieve a universal consciousness toward attaining Peace.


As each day passes, I ask all nations to begin a global effort, and remember to give thanks for the sacred food that has been gifted to us by our Mother Earth, so the nutritional energy of medicine can be guided to heal our minds and spirits.


This new millennium will usher in an age of harmony or it will bring the end of life as we know it. Starvation, war, and toxic waste have been the hallmark of the great myth of progress and development that ruled the last millennium.


To us, as caretakers of the heart of Mother Earth, falls the responsibility of turning back the powers of destruction. You yourself are the one who must decide.


You alone – and only you – can make this crucial choice, to walk in honor or to dishonor your relatives. On your decision depends the fate of the entire World.


Chief Arvol Looking Horse is the author of White Buffalo Teachings. A tireless advocate of maintaining traditional spiritual practices, Chief Looking Horse is a member of Big Foot Riders, which memorializes the massacre of Big Foot's band at Wounded Knee