QUOTES FOR THOSE WHO DARE TO LIVE THEIR DREAMS 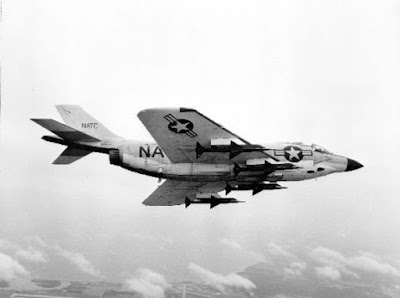 Living my dream as a high altitude interceptor

Having the courage to live my dreams started with becoming a Navy supersonic carrier pilot and then eventually surrendering to love, facing my deepest fears and falling through a black hole of despair and unworthiness to a place of timeless love, joy, intention, purpose as well as the growing awareness of a great truth, the Unified Field, which I was destined to prove, share and then live and share in my work as a spiritual counselor and consultant: Allen L Roland, PhD

SOME INSPIRATIONAL QUOTES FOR LIVING YOUR DREAMS


''The Bomb will never go off. I speak as an expert in explosives."
-- Admiral William Leahy , US Atomic Bomb Project , 1945

"There is no likelihood man can ever tap the power of the atom."
-- Robert Millikan, Nobel Prize in Physics, 1923

"Computers in the future may weigh no more than 1.5 tons."
-- Popular Mechanics, forecasting the relentless march of science, 1949

"I think there is a world market for maybe five computers."
-- Thomas Watson, chairman of IBM, 1943


"I have traveled the length and breadth of this country, and talked with the best people, and I can assure you that data processing is a fad that won't last out the year."
-- The editor in charge of business books for Prentice Hall, 1957

"But what is it good for?"
-- Engineer at the Advanced Computing Systems Division of IBM, 1968, commenting on the microchip.

"This 'telephone' has too many shortcomings to be seriously considered as a means of communication. The device is inherently of no value to us."
-- Western Union internal memo, 1876.

"The wireless music box has no imaginable commercial value. Who would pay for a message sent to nobody in particular?"


-- David Sarnoff's associates in response to his urgings for investment in the radio in the 1920s.

"The concept is interesting and well-formed, but in order to earn better than a 'C,' the idea must be feasible"

"We don't like their sound, and guitar music is on the way out"

"If I had thought about it, I wouldn't have done the experiment. The literature was full of examples that said you can't do this"
-- Spencer Silver on the work that led to the unique adhesives for 3-M "Post-It" Notepads .

"Drill for oil? You mean drill into the ground to try and find oil? You're crazy"
-- Drillers who Edwin L. Drake tried to enlist to his project to drill for oil in 1859.

"Everything that can be invented has been invented"
-- Charles H. Duell, Commissioner, US Office of Patents, 1899.

"The super computer is technologically impossible. It would take all of the water that flows over Niagara Falls to cool the heat generated by the number of vacuum tubes required."
-- Professor of Electrical Engineering, New York University

"I don't know what use any one could find for a machine that would make copies of documents. It certainly couldn't be a feasible business by itself."
-- the head of IBM, refusing to back the idea, forcing the inventor to found Xerox.


"The abdomen, the chest, and the brain will forever be shut from the intrusion of the wise and humane surgeon,"
-- Sir John Eric Ericksen, British surgeon, appointed Surgeon-Extraordinary to Queen Victoria 1873.

And almost last but not least...
"There is no reason anyone would want a computer in their home."
-- Ken Olson, president, chairman and founder of Digital Equipment Corp., 1977


And finally .. a basic universal truth from someone who dares to live his dreams ~
"The basic underlying and uniting force of the universe is a psychic energy field of love and soul consciousness (the Unified Field ) which lies not only beyond time and space but also beneath our deepest fears and whose principle property is the universal urge to unite"
-- Allen L Roland, PhD, Heart centered consultant, lecturer and published author.

"It is difficult to say what is impossible, for the dream of yesterday is the hope of today and the reality of tomorrow." ~ Robert Goddard (1882-1945)


Heart centered spiritual consultant and advisor Allen L Roland can be contacted at  allen@allenroland.com Allen is also a lecturer and writer who shares a weekly political and social commentary on his web log and website allenroland.com. He is also featured columnist on Veterans Today and  guest hosts a monthly national radio show TRUTHTALK on www.conscioustalk.net
Posted by Allen L Roland, Ph.D at 11:34 AM