DANCING WITH THE ENEMY 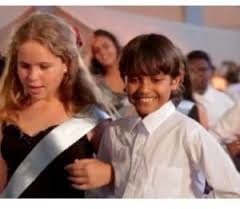 Israeli and Palestinian children being taught to dance together in Jaffa, Israel and in the process learning to co-exist in cooperation, admiration and mutual respect.


Dancing with the Enemy may just be the long term solution to the Palestinian/Israeli conflict for it is the children who will eventually get fed up and impatient with their parents dogmas and prejudices and lead their parents out of the dark prison of fear, occupation and apartheid towards the light of freedom, social cooperation and altruism ~ and in the process break down the Separation Wall of mutual hatred and distrust: Allen L Roland, Ph.D


John Lennon to the press in July 1969 after the release of the Plastic Ono Band's single "Give Peace a Chance", as quoted in The Beatles : An Oral History by David Pritchard and Alan Lysaght (1998), p. 285 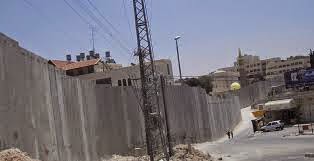 Separation Barrier being built by Israelis in Jerusalem 2007


"Shall we dance" ~ nervously spoken from a shy Palestinian boy to an equally nervous young Israeli girl, is breaking down fear based separation walls that have existed in the Middle East for decades. Renowned ballroom dancer Pierre Dulaine returned to Jaffa to fulfill his lifelong dream of teaching dance to Jewish-Israeli and Palestinian-Israeli children and the results were both amazing and illuminating.


Another indication that children will eventually get tired of being conditioned by their parents prejudices and beliefs and fully surrender to their evolutionary tendency to unite and cooperate with each other and inspire an older generation, including myself, in this universal movement towards love, peace and social cooperation ~ which just so happen to be the driving forces of evolution.


It appears that humanitarian cracks are already appearing within the Israeli military's iron rule over the Palestinians ~ Forty-three veterans of one of Israel’s most secretive military intelligence units ~ many of them still active reservists ~ have signed a public letter refusing to serve in operations involving the occupied Palestinian territories because of the widespread surveillance of innocent residents.


The signatories include officers, former instructors and senior NCOs from the country’s equivalent of America’s NSA or Britain’s GCHQ, known as Unit 8200 ~ or in Hebrew as Yehida Shmoneh-Matayim. See article ~ http://readersupportednews.org/news-section2/318-66/25844-israeli-vets-refuse-to-serve-in-palestinian-territories

Now, let's watch those Palestinian and Israeli children Dancing with the Enemy in Jaffa and in the process going beneath their animosities and distrust and finding instead commonality, friendship, cooperation and mutual respect. See 5 minute YouTube video
https://www.youtube.com/watch?v=DDBkUTHykoQ

Why do many of my former clients after finding the child within themselves feel a need to be in service from a place of love and soul consciousness? Because deepest within each one of us is the urge to unite and cooperate with each other and not the need to control and destroy ~ and that includes combat veterans with PTSD whose only option, after service,  is often medication.

I see this phenomenon every day as a heart centered consultant with therapists or clients, veterans or non-veterans, helping them confront their childhood fears of love and connection and realize that those fears are mainly illusions and yet still controlling their lives. For example, see Marina overcoming and growing through her illusionary fear of aloneness and of being voiceless and embracing the joy beneath ~ YouTube session 5 ~ https://www.youtube.com/watch?v=r12MoNnwPKg&feature=youtu.be

I also chose to show session #5 because Marina explains in the first 15 minutes how she was seemingly cloaked in fear after the session ~ where she met her emotionally trapped child within ~ afraid to be real and she completely surrendered to the fear when she went to bed, deeply cried and woke up in the morning completely alive and seeing through different eyes ~ much like Scrooge in the Christmas Carol waking up on Christmas morning and seeing through different eyes. As she explained, it was almost as if  the authentic child within her said ~ "Marina, you must first feel my fear and accept my pain in order to get to my deeper joy, intention, purpose and celebration."

The pull of the Unified Field of love and soul consciousness, deepest within us all, is like a soul magnet and once acknowledged and activated through gratefulness ~ incidents and events accelerate the transmutation process until true transformation finally occurs ~ the butterfly  emerges from its cocoon into another world of consciousness, cemented in altruism, social cooperation and the need to be in service.


AND DRUGS GET IN THE WAY OF THIS INTERNAL INTEGRATION PROCESS


Colonel Bart Billings is a military psychologist (retired after 34 years of military service) who started the first U.S. annual conference on Combat Stress more than 25 years ago. In all his years of practice with military and Vets diagnosed "PTSD" he has never once had to prescribe a mind-altering psychiatric drug and says the term PTSD is not a "mental illness" but simply a normal reaction to an abnormal event, or circumstances (combat/war) and that drugging our troops is not the solution.


Once you medicate, you all but terminate true integrative healing. Billings says that from 2005 to 2011, there has been a 700% increase in the use of medication in the service with a corresponding increase in suicides. Here's a recent video of Billings published on February 10, 2014. Eight minute YouTube video ~ http://www.youtube.com/watch?v=F02HElsg8uI&list=PL79E9D68C92C00DAC&index=17

In an article I wrote last year entitled THE UNSAID ISSUE BEHIND VETERANS RISING SUICIDE RATE IS SHAME BASED GUILT, I share that recent studies appear to demonstrate that we pay a heavy price for killing and hating versus loving and cooperating with others. See article ~ http://www.veteranstoday.com/2013/05/23/unsaid-issue-behind-veterans-rising-suicide-rate-is-shame-based-guilt/


A new SFVA study strongly suggests that soldiers who experience killing experiences are twice as likely to attempt suicide ~ which strongly supports the reality of soul damage as a contributing factor for the rising rate of veteran’s suicide as well as the obvious need for a proven heart centered approach toward veteran rehabilitation. And get this, the Defense Department have found that pilots of drone aircraft, experiencing killing experiences, also experience mental health problems like depression, anxiety and post-traumatic stress disorder at the same rate as pilots of manned aircraft.


This important April 13, 2012 research study abstract was entitled ~ KILLING IN COMBAT MAY BE INDEPENDENTLY ASSOCIATED WITH SUICIDAL IDEATION ~ and the SFVA released the following abstract:


BACKGROUND:
The United States military has lost more troops to suicide than to combat for the second year in a row and better understanding combat-related risk factors for suicide is critical. We examined the association of killing and suicide among war veterans after accounting for PTSD, depression, and substance use disorders.


METHODS:
We utilized a cross-sectional, retrospective, nationally representative sample of Vietnam veterans from the National Vietnam Veterans Readjustment Study (NVVRS). In order to perform a more in depth analysis, we utilized a subsample of these data, the NVVRS Clinical Interview Sample (CIS), which is representative of 1.3 million veterans who were eligible for the clinical interview by virtue of living in proximity to an interview site, located within 28 standard metropolitan regions throughout the United States.


You don’t need to see a therapist to understand this phenomenon, you don’t need to attend a workshop to see this magic in action ~ all you need to do is see and understand your life as a quest, versus a struggle, to realize that not only are we all loved but that we are all part of a loving plan in action and gratefulness is the key to this magic kingdom ~ God only reveals itself to a grateful heart. See my Article on the power of love ~ http://www.veteranstoday.com/2014/02/04/only-love-truly-heals/


We must eventually learn to dance with our enemies ~ for the Palestinian and Israeli children are telling us that our innate bonds of love, commonality and friendship are far greater than our need to destroy and hurt each other.


Allen L Roland is also a lecturer and shares a weekly political and social commentary on his web log and website allenroland.com He also guest hosts a monthly national radio show TRUTHTALK on www.conscioustalk.net