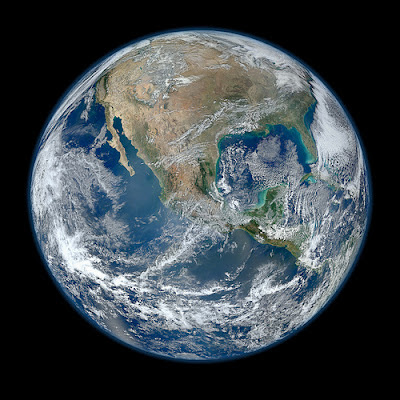 "The sheer beauty of it just brought tears to my eyes. If people can see Earth from up here, see it without those borders, see it without any differences in race or religion, they would have a completely different perspective. Because when you see it from that angle, you cannot think of your home or your country. All you can see is one Earth." Anousheh Ansari, Iranian-American space tourist, describing planet Earth from space.

April 22 is Earth Day and a time to reflect on our magnificent planet ~ where we have all spent at least several lifetimes ~ and who patiently awaits our innate and collective need to unite as well as an inevitable evolutionary shift from ego to universal soul consciousness: Allen L Roland

To fully understand Earth, we must see her as fully human and capable of feelings; She’s alive, she’s breathing, and she’s beautiful, finite and hurting ~ and many have died for her. Five minute must see video http://www.youtube.com/watch?v=nGeXdv-uPaw

And here’s a great example of how we are now hurting the planet courtesy of BP, Deepwater Horizon and Halliburton ~ while the controlled press ignores this continuing catastrophe: "The fishermen have never seen anything like this," Dr Jim Cowan told Al Jazeera. "And in my 20 years working on red snapper, looking at somewhere between 20 and 30,000 fish, I've never seen anything like this either."

In celebration of Earth Day 2012, here's a song I sang and recorded with composer Scott Deturk and Mel Martin in early 2002 which celebrates our eternal Mother Earth. Click on and enjoy ~

You are My Mother, Earth

As Robert C. Koehler writes in Common Dreams (When We Grow Up, We Will Fall in Love with Earth) We must fall in love with the Earth ~ this “dynamic system,” in the words of the Bolivian legislation acknowledging its rights, “made up of the undivided community of all living beings, who are all interconnected, interdependent and complementary, sharing a common destiny.” http://www.commondreams.org/view/2012/04/19-0